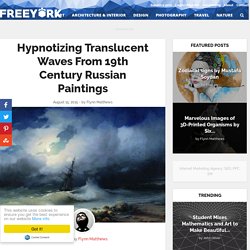 The artist earned attention for his excellent ability to recreate the emotional state of oceans with over half of his 6,000+ paintings from his lifetime being dedicated to the subject. This is not unusual, considering that he was a resident of Crimea. During his life, he became famous in Russia and abroad, being the first non-French artist to receive the Legion of Honor. 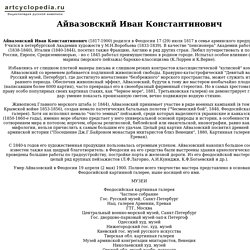 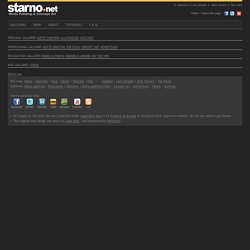 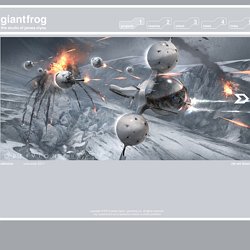 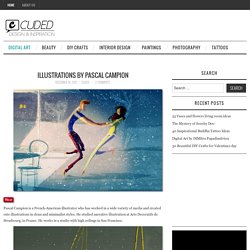 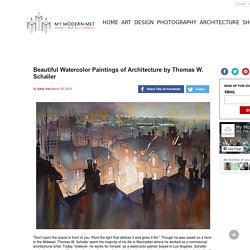 Paint the light that defines it and gives it life. " Though he was raised on a farm in the Midwest, Thomas W. Schaller spent the majority of his life in Manhattan where he worked as a commercial architectural artist. Today, however, he works for himself, as a watercolor painter based in Los Angeles. Schaller made the jump to a different profession after one of his artist friends asked him what he wanted to do with his life. That day, Schaller's life changed. "That said, I did build up a wealth of technical skills upon which I can draw - perspective, scale, composition, etc, - that have become almost a kind of 'muscle memory' for me as a painter. Schaller doesn't just paint buildings, rarely are they seen as isolated subjects. As for his creative process, Schaller prefers to complete each work all at one time, rarely does he allow anything to be completely dry before he moves on to the next part. 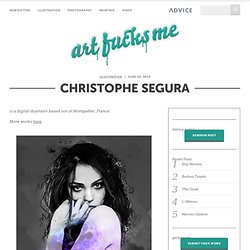 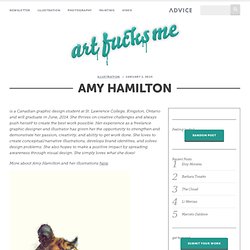 Lawrence College, Kingston, Ontario and will graduate in June, 2014. She thrives on creative challenges and always push herself to create the best work possible. Her experience as a freelance graphic designer and illustrator has given her the opportunity to strengthen and demonstrate her passion, creativity, and ability to get work done. She loves to create conceptual/narrative illustrations, develops brand identities, and solves design problems. She also hopes to make a positive impact by spreading awareness through visual design. More about Amy Hamilton and her illustrations here. animalsbirdscanadafoxontariowatercolor Carolin Hello, I'm a 26-years old drama queen based in Frankfurt, Germany. You may also like Be first to comment Feeling lucky? Figure Drawing References: Archive. Quickposes: pose generator for figure & gesture drawing practice. Posemaniacs.com.