Nypost. THE MOST precise 3D map of our Milky Way galaxy has been revealed by astronomers. 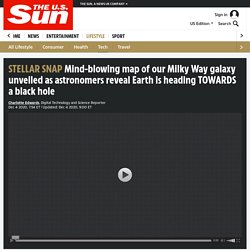 Astronomers unveil most detailed 3D map yet of Milky Way. Astronomers have unveiled the most precise 3D map yet of the Milky Way, an achievement that promises to shed fresh light on the workings of the galaxy and the mysteries of the broader universe. 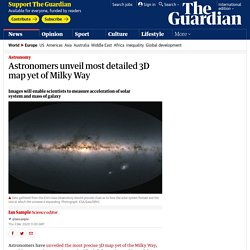 The vast electronic atlas was compiled from data gathered by the European Space Agency’s Gaia observatory which has been scanning the heavens since it blasted off in 2013 from Kourou in French Guiana. Beyond Pluto: the hunt for our solar system's new ninth planet. You’d think that if you found the first evidence that a planet larger than the Earth was lurking unseen in the furthest reaches of our solar system, it would be a big moment. 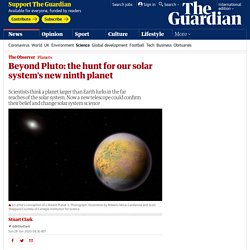 It would make you one of only a small handful of people in all of history to have discovered such a thing. But for astronomer Scott Sheppard of the Carnegie Institution for Science in Washington DC, it was a much quieter affair. “It wasn’t like there was a eureka moment,” he says. “The evidence just built up slowly.” He’s a master of understatement. As for the rest of the astronomical community, in most quarters there is a palpable excitement about finding this world. Australasian strewn field: meteorite crater may have been found. The crater may lie beneath lava in a 910 cubic kilometer (218 cu mi) area of the Bolaven plateau volcanic field in the southeast Asian nation of Laos, according a paper published in the Proceedings of the National Academy of Sciences journal. 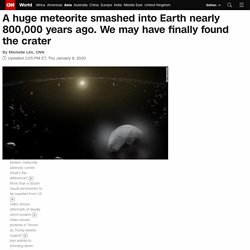 A meteorite is a an object from space that survives a trip through the atmosphere and falls on the Earth's surface. The meteorite that crashed into Earth over 790,000 years ago was 2 kilometers (1.2 miles) wide, and the impact was so great that debris was flung across Asia, Australia, and Antarctica.

The first clues leading to the impact site came from small, pebble-like glassy objects called tektites. Scientists believe tektites formed from Earth material that melted upon meteorite impact and were thrown into our atmosphere, before falling back to the ground. Tektites between 750,000 to 35.5 million years old have been found across the planet in areas called strewn fields. But more still has to be done to confirm the theory.

Universe-galaxies-milky-way-hubble-nasa-discovery-breakthrough-latest-a9045951. Scientists have found a vast array of hidden galaxies, which together could change our understanding of how the universe works. 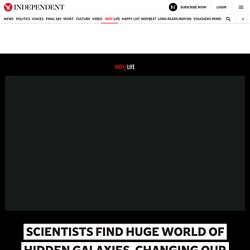 The mysterious galaxies, which were previously unknown to researchers, were discovered by a breakthrough new approach that allowed astronomers to look more deeply than ever before into the universe. The 116 images NASA wants aliens to see. Soyuz undocking, reentry and landing explained. Leaving Earth - Commander Chris Hadfield. How big is the universe ... compared with a grain of sand? 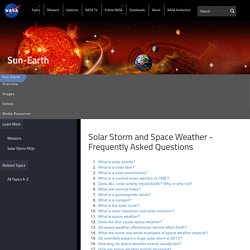 This is part two of a two-part series. It addresses: 1. Do all flares and CMEs affect the Earth? 2. What happens when a flare or CME hits the Earth? Credits: NASA/Goddard What are our current capabilities to predict space weather? BBC.Horizon.2015.Secrets.of.the.Solar.System. BBC Horizon 2012 - How Big is the Universe 720p. Interstellar Flight - New Documentary (HD)2015 {irish444} BBC.Horizon.2015.Secrets.of.the.Solar.System. World's Most Advanced Digital Camera Will Be Eye Of New Sky-Surveying Telescope. A giant 3.2 gigapixel camera to photograph billions of stars and galaxies gets a financial green light. 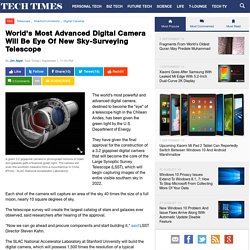 The camera will scan the southern heavens from a mountaintop in Chile. (Photo : SLAC National Accelerator Laboratory) Universe Documentary HD. Experience the Universe, video impression. Science + art: A creative explosion. New 3D Map Of The Universe Features A Whopping 1.2 Million Galaxies. The astronomical map you see here doesn’t depict stars, it shows galaxies — 1.2 million of them, to be exact, a new record for astronomers. 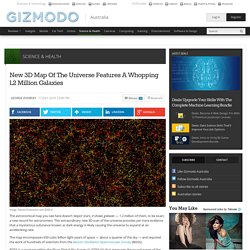 This extraordinary new 3D scan of the universe provides yet more evidence that a mysterious substance known as dark energy is likely causing the universe to expand at an accelerating rate. The Map of Chemistry. All about fundamental forces. Planck’s Time. Fundamental Forces. As we all know, the universe started from a Big Bang about 13.7 billion years ago. 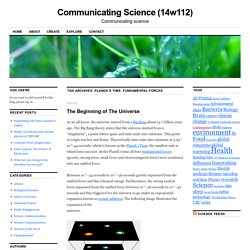 The Big Bang theory states that the universe started from a “singularity”, a point where space and time came into existence. This point of origin was hot and dense. Theoretically time came into existence at 5.39 * 10^-44 seconds, which is known as the Planck’s Time: the smallest unit at which time can exist. At the Planck’s time all four fundamental forces (gravity, strong force, weak force and electromagnetic force) were combined into one unified force.