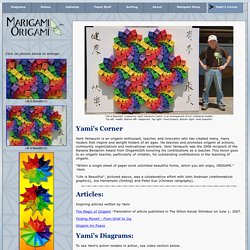 Top left: Health. Bottom left: Happiness. Top right: Have Dreams. Bottom right: Most beautiful. Yami Yamauchi is an origami enthusiast, teacher, and innovator who has created many, many models that inspire and delight folders of all ages. "Within a single sheet of paper exist unlimited beautiful forms, which you will enjoy, ORIGAMI. " "Life is Beautiful", pictured above, was a collaborative effort with John Andrisan (mathematical graphics), Joe Hamamoto (folding) and Peter Kuo (Chinese caligraphy). Inspiring articles written by Yami The Magic of Origami -Translation of article published in The Nihon Keizai Shimbun on June 1, 2007. Folding Myself - From Grief to Joy Origami for Peace To see Yami's action models in action, see video section below. Right-click diagram name and choose Save Target As... or click to open PDF file in a new window. 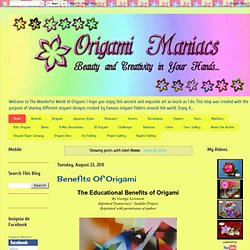 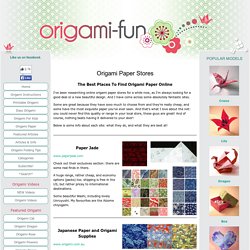 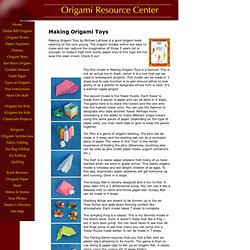 The origami models within are easy to make and can capture the imagination of those 5 years old or younger. In today’s high tech world, paper toys of this type will not wow the older crowd. Check it out: The first model in Making Origami Toys is a Spinner. This is not an actual toy in itself; rather it is a tool that can be used in subsequent projects.

The second model is the Tower Puzzle. Ten Pins is a game of origami bowling. The Dart is a classic paper airplane that many of us have learned when we were in grade school. The Scoopy Ball is cleverly designed and is fun to fold. Stacking Wings are meant to be thrown up in the air. The Jumping Frog is a classic! Origami & Paper Crafts. Learn to make a boomerang! 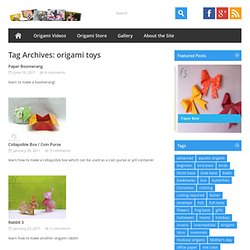