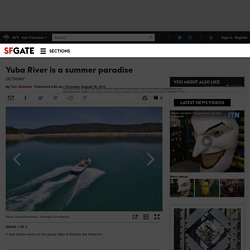 Camp in the Air: New Suspended Treehouse Tents and Hammocks Designed by Tentsile. Since we last mentioned Tensile tents around this time last year, the company has unveiled several new models of their fantastic suspended tent systems. 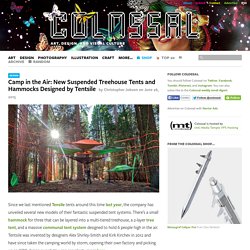 There’s a small hammock for three that can be layered into a multi-tiered treehouse, a 2-layer tree tent, and a massive communal tent system designed to hold 6 people high in the air. Tentsile was invented by designers Alex Shirley-Smith and Kirk Kirchev in 2012 and have since taken the camping world by storm, opening their own factory and picking up an ISPO design award. You can see plenty more here. Bodyweight Workout for Busy Men. “Get Yo Abs Right Mayo’nnaise!” 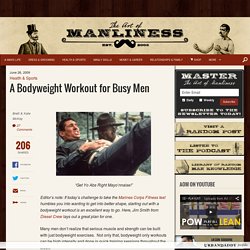 Editor’s note: If today’s challenge to take the Marines Corps Fitness test humbles you into wanting to get into better shape, starting out with a bodyweight workout is an excellent way to go. Here, Jim Smith from Diesel Crew lays out a great plan for one. Many men don’t realize that serious muscle and strength can be built with just bodyweight exercises. Not only that, bodyweight only workouts can be high intensity and done in quick training sessions throughout the week. Many men don’t have time to spend hours in the gym because they have families, they work long hours or they are just too busy going out on dates. So what are the ground rules when you are setting up your bodyweight training routines? 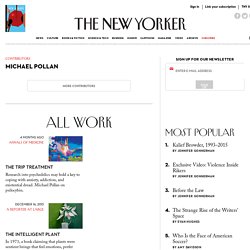 This provides a higher level of security and anonymity in your communication with us than afforded by standard e-mail or unencrypted Web forms. Last Week Tonight with John Oliver: Marketing to Doctors (HBO) Documentary - Behind the Iran Contra Affair. Cthulhu 2012 T Shirts, Shirts & Tees. 45 Cthulhu T-Shirts You'll Lose Your Sanity Over - TShirtonomy. In 1926, famed writer H.P Lovecraft created a story entitled “The Call of Cthulhu.” 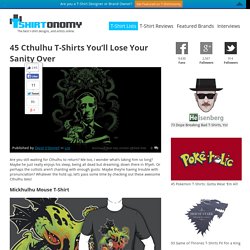 At only about 50 pages long, the story was a short one. However, the imagery and dramatic, fully-envisioned mythology would lead literary critics to proclaim the tale a masterpiece, and its main character, the creature Cthulhu, would continue to serve as a figure of mystery and fascination for generations. In “The Call of Cthulhu,” which was published in 1928, Lovecraft describes Cthulhu as a massive, spiteful god that sleeps in a hidden underwater city. Cthulhu is the source of uneasiness, worry and despair in the minds of humans, yet, in the story, many fanatical cults worship him.

They pray for the time when Cthulhu will once again rise to rule the world. Lovecraft designed Cthulhu to be unfathomable, too large for human minds. Cthulhu’s name is also a source of some debate. Today, Cthulhu remains one of the most popular fictional characters ever created. Nosferatu - The 25 Best Horror Movies Streaming On Netflix Right Now.