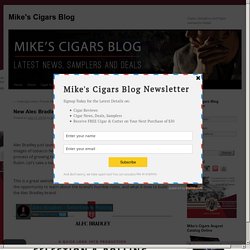 It displays beautiful images of tobacco fields, cigars, latest events, and more. There are new videos of the process of growing tobacco and insightful stories from Alec Bradley’s Founder, Alan Rubin. Let’s take a look at their new webpage design: This is a great website to see the rich history of Alec Bradley cigars. Viewers will have the opportunity to learn about the brand’s humble roots, and what it took to build the Alec Bradley brand. IPCPR 2015 Day 1 Sneak Preview - Mike's Cigars BlogMike's Cigars Blog. 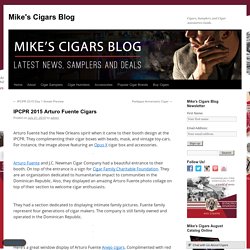 They complimenting their cigar boxes with beads, mask, and vintage toy-cars. For instance, the image above featuring an Opus X cigar box and accessories. Arturo Fuente and J.C. Newman Cigar Company had a beautiful entrance to their booth. On top of the entrance is a sign for Cigar Family Charitable Foundation. They had a section dedicated to displaying intimate family pictures. 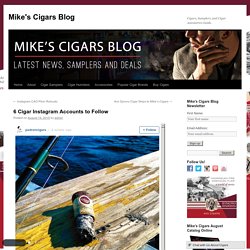 It’s a fantastic place to interact with other cigar enthusiast from all over the world. We’ve met more than a handful of people from Instagram at Mike’s Cigar Bar and Cigar Events. Let’s take a look at a superb list of Instagram accounts for cigar fans to follow like @PadronCigars. If you’re just getting into Instagram, let’s do a quick-tip to get up-to-speed. Take a few photos, add pizazz on the pic with a few helpful photo enhancement apps like afterlight, pic stitch, lumify video editor, aviary, to name a few.

Now, let’s take a look at these fine Instagram accounts and let’s see what makes them unique. @LFDCigars is home of the Ligero hand-made cigars in Santiago, Dominican Republic. @CamachoCigars is the world’s leading brand of bold cigars and pictures. @RockyPatelCigar has an amazing Instagram account showcasing all their luxurious cigars like the Edge A-10 and Super Ligero. Avo Syncro Cigar Ships to Mike's Cigars - Mike's Cigars BlogMike's Cigars Blog. Avo Syncro Nicaragua has shipped to Mike’s Cigars and arrives this week. 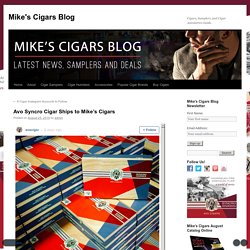 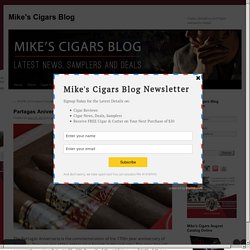 They are one of the oldest cigar brands in the industry. The cigar line will come in three sizes: Robusto 5″ x 50″, Toro 6″ x 54″, and Salomone 7 1/4″ x 54″ ring. Partagas Aniversario represents 170 years of expert cigar history in the making. Partagas cigars have long been renowned by cigar enthusiasts for their consistently exceptional taste and thorough construction. In anticipation of Partagas’ anniversary, General Cigar’s team of cigar masters spent the past four years developing this exceptional cigar. Harvested from the highest priming, the wrapper leaf lends a layered, distinct approach to the art of the cigar with notes of woodsy, nutty and sweetness. The Aniversario is a 4 country blend with a Meerapfel Cameroon wrapper, Habano Connecticut binder plus four fillers: Esteli (ligero), Gurdian (ligero), and Ometepe (viso). To pre-order Partagas Aniversario, click here. IPCPR 2015 Day 1 Cigar Time - Mike's Cigars BlogMike's Cigars Blog.

Now that we’re done with the sneak preview of IPCPR, let’s take a look at what Day 1 at IPCPR will bring. 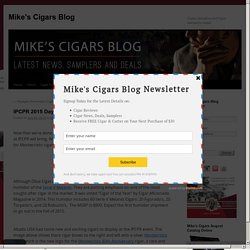 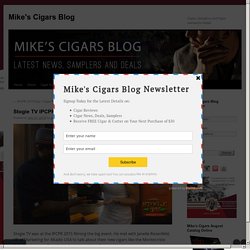 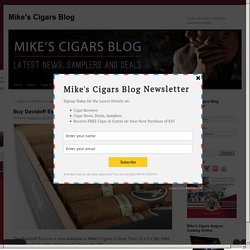 Expect a well-constructed, slow-burning, medium bodied cigar with plenty of complexity. Davidoff has also announced an accessory collection to go along with the Escurio.