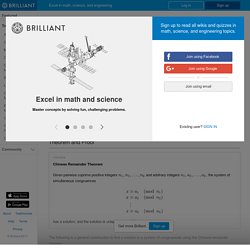 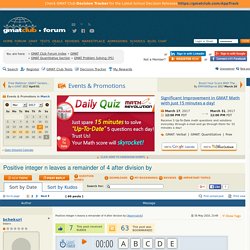 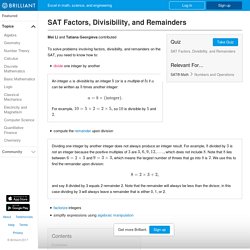 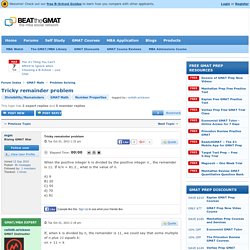 A Remainders Shortcut for the GMAT. When positive integer n is divided by 3, the remainder is 2. It's not really a second method. 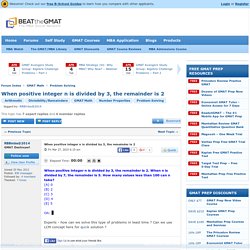 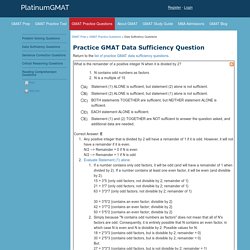 Collection of remainder problems in GMAT : GMAT Quantitative Section. I have collected these problems on remainder. 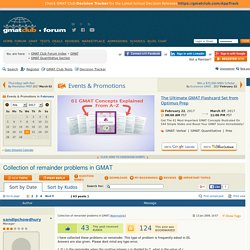 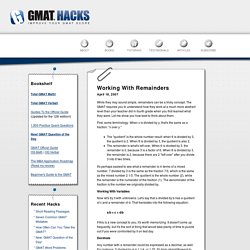 The GMAT requires you to understand how they work at a much more abstract level than your teacher did in fourth grade when you first learned what they were. GMAT Number Theory & Properties - Remainders : Wizako Online GMAT classes. The GMAT quant practice question is about finding the remainder of the division of the product of 4 numbers by a divisor. 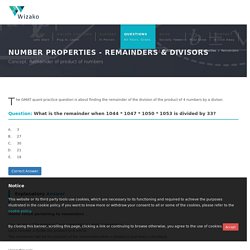 Question: What is the remainder when 1044 * 1047 * 1050 * 1053 is divided by 33? Explanatory Answer Video explanation coming soon. Useful result pertaining to remainders You can solve this problem if you know this rule about remainders. Practice Number System Questions: Aptitude, page-5. REMAINDERS : GMAT Quantitative Section. This post is a part of [GMAT MATH BOOK] created by: Bunueledited by: bb, Bunuel Definition If and are positive integers, there exist unique integers and , called the quotient and remainder, respectively, such that and . 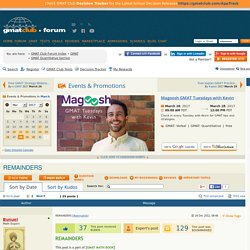