Al Franken’s Resignation and the Selective Force of #MeToo. On what he called the worst day of his political life, Senator Al Franken articulated two points that are central to understanding what has become known as the #MeToo moment. 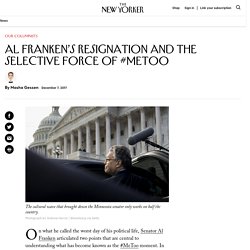 In an eleven-minute speech, in which Franken announced his intention to resign from the Senate, he made this much clear: the force that is ending his political career is greater than the truth, and this force operates on only roughly half of this country’s population—those who voted for Hillary Clinton and who consume what we still refer to as mainstream media. There was one notable absence in his speech: Franken did not apologize.

In fact, he made it clear that he disagreed with his accusers. “Some of the allegations against me are simply not true,” he said. “Others I remember very differently.” Still, the force works selectively. Schadenfrauden. Yi-Fei Chen designs a gun for firing her tears. To Understand Rising Inequality, Consider the Janitors at Two Top Companies, Then and Now - The New York Times. Eastman Kodak was one of the technological giants of the 20th century, a dominant seller of film, cameras and other products. It made its founders unfathomably wealthy and created thousands of high-income jobs for executives, engineers and other white-collar professionals. The same is true of Apple today. Living Together, Separately: On Not Sharing A Room With Your Partner.

This article first appeared on Role Reboot and has been republished with permission. 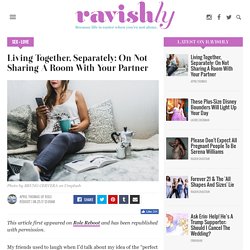 My friends used to laugh when I’d talk about my idea of the “perfect relationship.” It involved living next door to my husband — each of us with our own space, and our independence, yet near enough to be together often. 40 Important Milestones You Can Have In Your Life Besides Getting Married. Marriage is an incredibly beautiful and special experience. 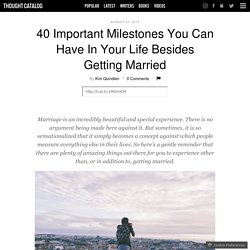 There is no argument being made here against it. But sometimes, it is so sensationalized that it simply becomes a concept against which people measure everything else in their lives. The Real Reasons We Push People Away Before We Give Them A Chance. There’s a new dating technique Millennials have picked up on. 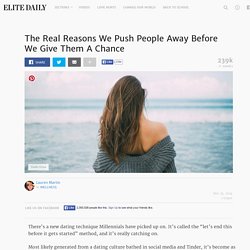 It’s called the “let’s end this before it gets started” method, and it’s really catching on. Most likely generated from a dating culture bathed in social media and Tinder, it’s become as popular and widely used as the equally popular no-text-back response. We’re meeting at a rapid rate and dropping at each other accordingly. We’re giving out our numbers and taking them back just as fast. We’re constantly connecting and then disconnecting. Seriously, it’s totally different than anything we ever expected from the adult relationships we envisioned. Pretty simple. 13 Empowering Illustrations to Remind Everyone of the Women the Media Always Ignores. Chancellor Huckaby’s Report to the Board of Regents - Office of the Chancellor - University System of Georgia. Wednesday, September 14, 2011 Thank you Mr. 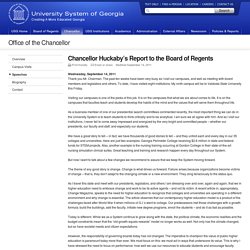 Chairman. The past ten weeks have been very busy as I visit our campuses, and well as meeting with board members and legislators and others. To date, I have visited eight institutions. 5 Ways To Manifest Your Reality With The Power of Visualization. Actor Jim Carrey is famous for parking his car on Muholland Drive every night before anybody knew about him, and visualizing becoming the Hollywood star that he inevitably became. 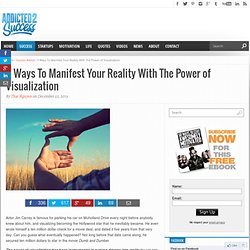 He even wrote himself a ten million dollar check for a movie deal, and dated it five years from that very day. Can you guess what eventually happened? Not long before that date came along, he secured ten million dollars to star in the movie Dumb and Dumber. Why the Church Should Thank Beyonce. One woman's rant on why the church owes the pop star a bit more gratitude and attention. 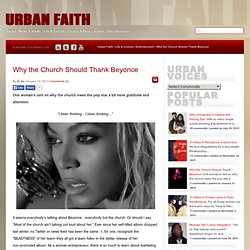 “I been thinking…I been thinking…” It seems everybody’s talking about Beyonce…everybody but the church. The Problem With Little White Girls (and Boys): Why I Stopped Being a Voluntourist. White people aren’t told that the color of their skin is a problem very often. 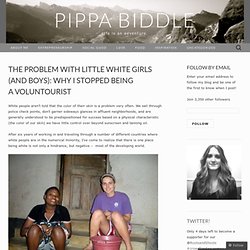 Even in college this was a b*tch. Amy Cuddy: Your Body Language Shapes Who You Are. In the recruiting world there are a number of factors that go into placing the right candidate for the right job. 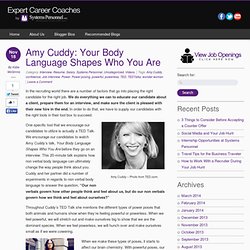 We do everything we can to educate our candidate about a client, prepare them for an interview, and make sure the client is pleased with their new hire in the end. In order to do that, we have to supply our candidates with the right tools in their tool box to succeed. Amy Cuddy – Photo from TED.com. One specific tool that we encourage our candidates to utilize is actually a TED Talk.

Awakening your Seven Major Chakras. Why Every Smart College Grad Should Seriously Consider Working At A Startup. Many of America's most highly-educated college graduates are making a big mistake. 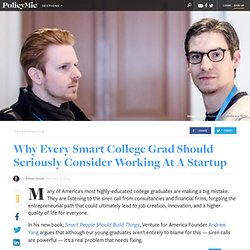 They are listening to the siren call from consultancies and financial firms, forgoing the entrepreneurial path that could ultimately lead to job creation, innovation, and a higher quality of life for everyone. In his new book, Smart People Should Build Things, Venture for America Founder Andrew Yang argues that although our young graduates aren't entirely to blame for this — siren calls are powerful — it's a real problem that needs fixing.