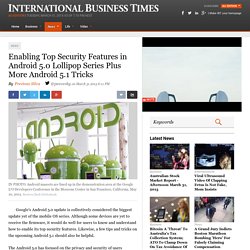 Although some devices are yet to receive the firmware, it would do well for users to know and understand how to enable its top security features. Likewise, a few tips and tricks on the upcoming Android 5.1 should also be helpful. The Android 5.0 has focused on the privacy and security of users although it comes with a price: a series of performance grievances.

Google took notice of this thus the latest Android Lollipop update version came without the default device encryption. This allowed the company to boost the speed performance of devices including tablets that are based on the Android 5.x series already.

Bing. Root Chromecast With HubCap. Soon after Chromecast was released last year its software, which is a modified version of Android, was rooted. 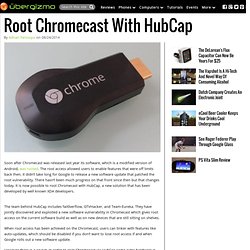 The root access allowed users to enable features that were off limits back then. It didn’t take long for Google to release a new software update that patched the root vulnerability. There hasn’t been much progress on that front since then but that changes today. It is now possible to root Chromecast with HubCap, a new solution that has been developed by well known XDA developers. The team behind HubCap includes fail0verflow, GTVHacker, and Team-Eureka. Best of Late Night TV: Lindsay Lohan Takes the ALS Ice Bucket Challenge, Jared Leto Gets Shaved (VIDEO) Watch-a-ghost-move-a-chair-in-an-empty-room-9638364. The short 44-second video from the Brookside Theatre in Romford shows the chair shifting of its own accord at around 4.15 on Sunday morning. 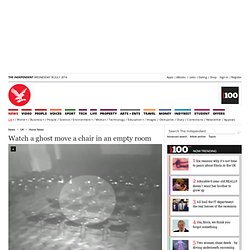 The theatre manager and playwright Jai Sepple said that many strange and unexplained things have happened over the years but admitted that this was the “freakiest” incident. He added that he didn't usually look at the CCTV footage but happened to watch it and spot the spine-tingling moment. “When I looked back at the CCTV, I didn’t know whether to laugh or cry!” Mr Sepple told the Romford Recorder. The plot thickens after it emerged that psychic Roy Roberts had been performing on stage only hours earlier. The theatre was originally the Romford War Memorial Social Club and opened in 1953. It was only in 2012 that the theatre was renovated and restored in an initiative led by Mr Sepple and other volunteers. 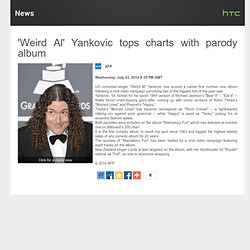 You'll love this epic electronic 'Game of Thrones' remix. Warning: There's brief NSFW language in the video above, so watch at your own discretion. 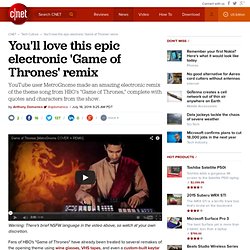 Fans of HBO's "Game of Thrones" have already been treated to several remakes of the opening theme using wine glasses, VHS tapes, and even a custom-built keytar made from an old NES game console. Now, YouTube user MetroGnome has released an epic electronic remix of the theme song that even DJ Hodor would approve of. Instead of just making a new version of the same theme, MetroGnome did a full remix of the song combining his musical skills with quotes and characters from the show.

Omid Djalili scores against Robokeeper on The One Show. Check out the Navy's crazy railgun that's set to be deployed in 2016. Michael Jackson Song "Love Never Felt So Good" Released. WWE Wrestlemania 30 PPV HDTV x264-KYR - FREE Torrent Download. Windows Start Menu Really Coming Back. As the world switched to Windows 8, one of the most annoying fact or “pain point” as Microsoft would say, was the departure of the Start Menu, which a whole lot of people used as a hub to search for files and get to find apps that use less frequently. 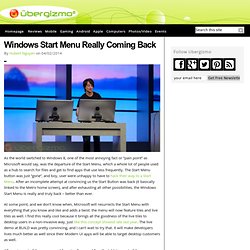 The Start Menu button was just “gone”, and boy, user were unhappy to have to hack their way to a Start Menu. 'Sharknado 2: The Second One' Adds Matt Lauer & Al Roker to the Mix. 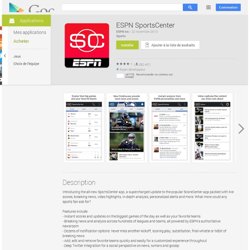 Video's. How to fix a smartphone dropped in water. So you’ve gone and done it, you’ve dropped your smartphone into the toilet or sink or pool or whichever body of water you are near to. 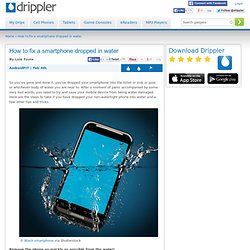 After a moment of panic accompanied by some very bad words, you need to try and save your mobile device from being water damaged. Here are the steps to take if you have dropped your non-watertight phone into water and a few other tips and tricks.