The Burning by Moonstruck with Lyrics. 59 Names of moon Goddesses. ALCMENE: Latin form of Greek Alkmene, meaning "might of the moon. 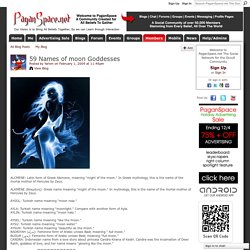 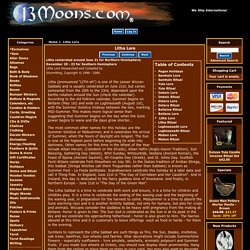 According to the old folklore calendar, Summer begins on Beltane (May 1st) and ends on Lughnassadh (August 1st), with the Summer Solstice midway between the two, marking MID-Summer. This makes more logical sense than suggesting that Summer begins on the day when the Suns power begins to wane and the days grow shorter... 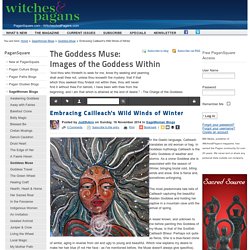 Soul Types: The Seven Roles in Essence - Personality & Spirituality. Your soul is your innermost being, your higher self, who you really are. 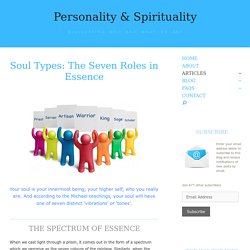 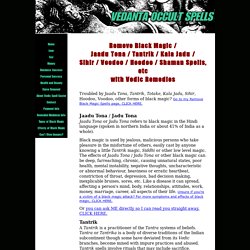 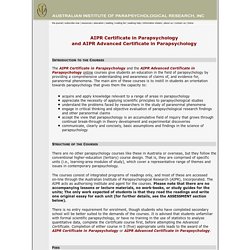 The main aim of these courses is to instill in students an orientation towards parapsychology that gives them the capacity to: Structure of the Courses There are no other parapsychology courses like these in Australia or overseas, but they follow the conventional higher-education (tertiary) course design. That is, they are comprised of specific units (i.e., learning-area modules of study), which cover a representative range of themes and issues in contemporary parapsychology.

DIY utility belts and bags on Pinterest. Steampunk belts on Pinterest. DIY Easy Hip Bag Mod. I mentioned a while back how much I've been digging Fiona's leather hip bag on Burn Notice: (I've had minor lower-back issues since college, so I only wear cross-body bags these days - but I know a hip bag would be SO much better on my back.) 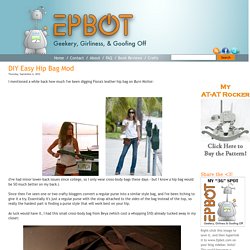 Since then I've seen one or two crafty bloggers convert a regular purse into a similar style bag, and I've been itching to give it a try. Essentially it's just a regular purse with the strap attached to the sides of the bag instead of the top, so really the hardest part is finding a purse style that will work best on your hip. As luck would have it, I had this small cross-body bag from Beya (which cost a whopping $10) already tucked away in my closet: Technically you could take a bag like this and just slide the strap over your waist, but I wanted something a bit better. Medicine Pouch on Pinterest. Ritual Items, Witchcraft and Wicca and Voodoo Supplies. Wiccan Wonder, Wiccan Shop for magickal sppellcraft and ritual supplies. HIGH MAGICK: The Elemental Adept. By Suba (Tobias010@aol.com) I dedicate this paper, to all those aspiring adepts, who have fought through these illusions of every-day reality, to get where they are now. i salute thee, for thy grace, strength, and courage- for we are a dying breed; and the day is near, and when we will be needed the most. 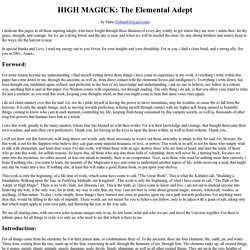 So stay strong brothers and sisters, keep to thy ways, for the harvest is near. In special thanks and Love, i send my energy out to you Vovin, for your insights and your friendship. For in you, i find a close bond, and a strong ally. See you in 2001. Forword: For some reason beyond my understanding, i find myself writing down those things i have come to experience in my work. Music as a Magickal Tool. Musical Instruments Like the Athame, magick wand, staff, broomstick, crytal ball, and other tools of a Witch or Magickian, musical instruments can be used as a sacred magickal tool. 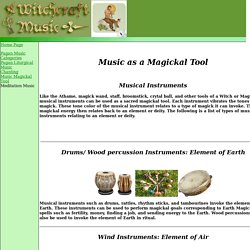 Each instrument vibrates the tones of magick. These tone color of the musical instrument relates to a type of magick it can invoke. The magickal energy then relates back to an element or deity. The Element Of Earth - The Elements. Earth. 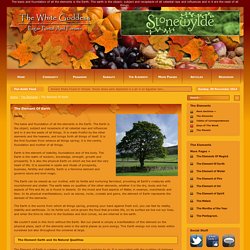 The Element of Fire - The Elements. Fire. Music as a Magickal Tool. Journal Home - Magic, Ritual, and Witchcraft. Chaos magic. The chaosphere is a popular symbol of chaos magic. Many variants exist. For more, see Symbol of Chaos. General principles[edit] Chaos magicians are often seen by other occultists as dangerous or worrisome revolutionaries.[2] History[edit] Origins and creation[edit] This magical discipline was first formulated in West Yorkshire, England in the 1970s.[4] A meeting between Peter J. Influences[edit] Symbol of Chaos. Symbol of Chaos Variant of Symbol of Chaos, the "Chaosphere" of chaos magic The Symbol of Chaos originates from Michael Moorcock's Eternal Champion stories. Spheres Of Light (SOL)

** Exact dates and times are from - Equinox and Solstice data from the U.S. Naval Observatory, Washington DC. Cross-Quarter moments are interpolated as the midway points between the Solstices and Equinoxes measured in degrees along the ecliptic. Former NASA scientist Rollin Gillespie uses this spatial method rather than simply splitting in half the time interval between a Solstice and an Equinox.) Southern Hemisphere Circle Casting: Which Way? By Jenwytch (This article appears in AXIS MUNDI Vol 3 Issue 7 – SPRING, September 2010) Confusion sometimes arises about the direction in which a sacred circle should be cast in the southern hemisphere. It is now generally accepted by the Pagan communities of Australia that the seasonal festivals be adjusted by 6mths in comparison with the northern hemisphere — eg. our Spring Equinox and associated festivals occur in September as opposed to March in the northern hemisphere — so it makes sense that we might also adjust our circle casting accordingly, to suit local conditions.

Imbolc 2014: Facts, Dates, Traditions And Rituals To Know. Esotericism. Exoteric. Exoteric refers to knowledge that is outside of, and independent from, a person's experience and is capable of being ascertained by anyone (related to common sense). It is distinguished from internal esoteric knowledge. "Exoteric" relates to external reality as opposed to a person's thoughts or feelings. It is knowledge that is public as opposed to secret or cabalistic. It is not required that exoteric knowledge come easily or automatically, but it should be referenceable or reproducible. Philosophical context[edit] Magic of the Ordinary. Back in the 80s and early 90s there was a hush-hush piece of Golden Dawn lore used to separate the wheat from the chaff. It was seldom spoken about and, for some, served as a little piece of GD ‘one-upmanship’, a kinda hidden snobbery that could make you feel superior.