Military Rape: The Invisible War. Aguilar writes: "Every politician who has ever uttered the empty slogan 'Support Our Troops' should be required to see 'The Invisible War,' a heart-wrenching documentary that exposes the epidemic of rape within the US military and its widespread cover-ups. 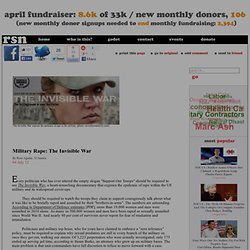 " By Rose Aguilar, Al Jazeera 04 July 12 very politician who has ever uttered the empty slogan "Support Our Troops" should be required to see The Invisible War, a heart-wrenching documentary that exposes the epidemic of rape within the US military and its widespread cover-ups. They should be required to watch the troops they claim to support courageously talk about what it was like to be brutally raped and assaulted by their "brothers-in-arms". The numbers are astounding. Politicians and military top brass, who for years have claimed to embrace a "zero tolerance" policy, must be required to explain why sexual predators are still in every branch of the military or, once they get out, walking our streets.

Sadly, not much has changed. Air Force Officer In Charge Of Sexual Assault Prevention Arrested For Sexual Assault. In a Military Town, Calls Grow to Lift the Voices of Sexual Assault Victims. Veterans Charities. Almost a quarter of female troops become victims of sex assaults in combat zones. Rape of Iraqi Women by US Forces as Weapon of War: Photos and Data Emerge. Daya Gamage – US National Correspondent Asian Tribune Washington, D.C. 03 October (Asiantribune.com): In March 2006 four US soldiers from the 101st Airborne Division gang raped a 14 year old Iraqi girl and murdered her and her family —including a 5 year old child. 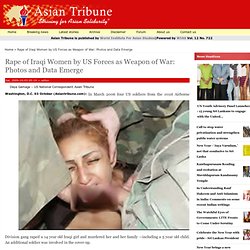 An additional soldier was involved in the cover-up. One of the killers, Steven Green, was found guilty on May 07, 2009 in the US District Court of Paducah and is now awaiting sentencing. The leaked Public Affairs Guidance put the 101st media team into a "passive posture" — withholding information where possible. The US Army's Criminal Investigation Division did not begin its investigation until three and a half months after the crime, news reports at that time commented. This is not the only grim picture coming out of Iraq U.S. forces being accused of using rape as a war weapon. Vets advocate: Obama must ‘step up’ to shrink disability benefits backlog. Top Line With nearly 900,000 veterans waiting to hear from the Veterans Administration about disability benefits claims—and the average wait time stretching to almost 300 days—the advocacy group Iraq and Afghanistan Veterans of America (IAVA) is calling on the president to make policy changes that will help diminish the backlog. 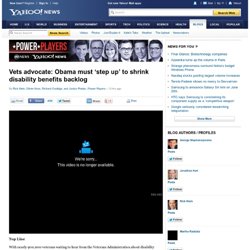 IAVA’s Chief Policy Officer Tom Tarantino tells Top Line that, while the White House says President Obama is keeping a close eye on the situation, veterans need s proof that real change is on the horizon. “What we need is the commander-in-chief to step up and say ‘Look, there is a plan,’” Tarantino tells Top Line, “and we have to articulate a plan that's actually measurable so that those of us in the veteran’s service community, as well as every vet out there, can actually see how we're going to go from point A to point B to point C and get rid of the backlog.” The wait for benefits, Tarantino explains, forces vets to essentially put their life on hold. Army plans to launch a reality TV show - May. 21, 2013. The Army is planning to launch a new reality TV program, "Starting Strong," on June 2, aimed at recruiting 18- to 24-year-olds to enlist in the military. 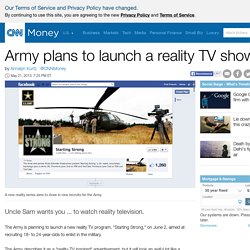 The Army describes it as a "reality-TV inspired" advertisement, but it will look an awful lot like a standard TV show. There will be 10 episodes. Each is roughly 23 minutes long and is broken up by regular commercial breaks, and they're coming to your local TV station. A Facebook page for the series offers some teaser promotional photos. "While we obviously can't and wouldn't produce entertainment content, this is a branded content series -- a long-form commercial, if you will," Ali Bettencourt, an Army spokeswoman, told CNNMoney.

Carson soldier arrested in connection with Crowne Plaza death. A Fort Carson soldier turned himself in Sunday afternoon in North Carolina after a dead woman was found in a Colorado Springs hotel room. 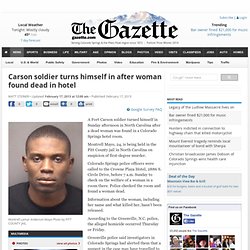 Montrell Mayo, 24, is being held in the Pitt County jail in North Carolina on suspicion of first-degree murder. Colorado Springs police officers were called to the Crowne Plaza Hotel, 2886 S. Circle Drive, before 7 a.m. Sunday to check on the welfare of a woman in a room there. Police checked the room and found a woman dead. Information about the woman, including her name and what killed her, hasn’t been released. According to the Greenville, N.C. police, the alleged homicide occurred Thursday or Friday. More US Soldiers Committed Suicide Than Died in Combat. Intro: "For the second year in a row, more US soldiers killed themselves (468) than died in combat (462). 'If you... know the one thing that causes people to commit suicide, please let us know,' General Peter Chiarelli told the Army Times, 'because we don't know.' Suicide is a tragic but predictable human reaction to being asked to kill - and watch your friends be killed - particularly when it's for a war based on lies. 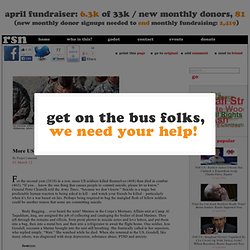 Perhaps being required to bag the mangled flesh of fellow soldiers could be another reason that some are committing suicide. " By Project Censored 01 March 12 or the second year (2010) in a row, more US soldiers killed themselves (468) than died in combat (462). Body Bagging… ever heard the term?