DNA is a platform which brings together health care professionals to learn and share insights into maternal and child health.

Weight gain during Pregnancy. When one thinks about a healthy pregnancy, the first and foremost factor that comes to mind is weight. 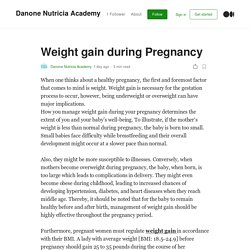 Weight gain is necessary for the gestation process to occur, however, being underweight or overweight can have major implications. How you manage weight gain during your pregnancy determines the extent of you and your baby’s well-being. To illustrate, if the mother‘s weight is less than normal during pregnancy, the baby is born too small. Small babies face difficulty while breastfeeding and their overall development might occur at a slower pace than normal. Also, they might be more susceptible to illnesses. Furthermore, pregnant women must regulate weight gain in accordance with their BMI. It should be noted that most of this weight gain doesn’t contribute to fat; instead, it plays a paramount role in the child’s development. . • Weight of the baby — 8lb. • Weight gain due to breast enlargement- 2–3 lb. • Weight gain due to uterine enlargement- 2–5 lb. • Placenta- 2–3 lb. 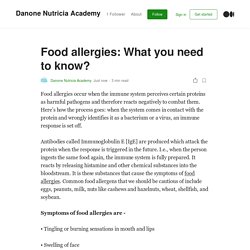 Here’s how the process goes: when the system comes in contact with the protein and wrongly identifies it as a bacterium or a virus, an immune response is set off. Antibodies called Immunoglobulin E [IgE] are produced which attack the protein when the response is triggered in the future. I.e., when the person ingests the same food again, the immune system is fully prepared. It reacts by releasing histamine and other chemical substances into the bloodstream. It is these substances that cause the symptoms of food allergies. 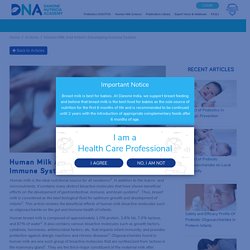 In addition to the macro- and micronutrients, it contains many distinct bioactive molecules that have shown beneficial effects on the development of gastrointestinal, immune, and brain systems2. Thus, breast milk is considered as the best biological fluid for optimum growth and development of infants2. This article reviews the beneficial effects of human milk bioactive molecules such as oligosaccharide on the gut and immune health of infants. 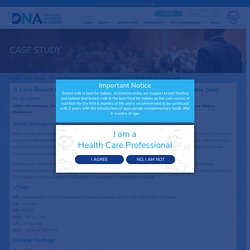 Feeds should be advanced not more than once in each 24 hour period.# To withhold feeds, stop feeds for 8 hrs, then restart at 75% of the previous.Contraindications include: Ileus, clinical suspicion of obstruction, bloody stools or stoma output, intestinal ischemia; shock/poor perfusion due to cardiac or respiratory insufficiency; bilious and/or persistent vomiting (>3 episodes in 12 hours) Adapted from: Brenn M, Gura K, Duggan C. 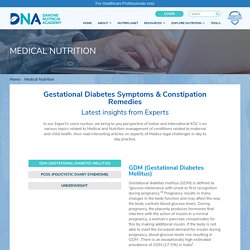 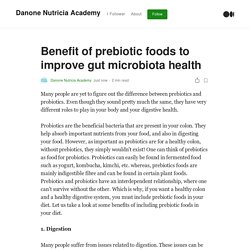 Even though they sound pretty much the same, they have very different roles to play in your body and your digestive health. Probiotics are the beneficial bacteria that are present in your colon. They help absorb important nutrients from your food, and also in digesting your food. However, as important as probiotics are for a healthy colon, without prebiotics, they simply wouldn’t exist! Does cow’s milk protein allergy present as chronic constipation. Videos Explore. 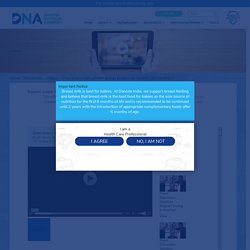 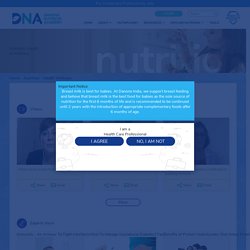 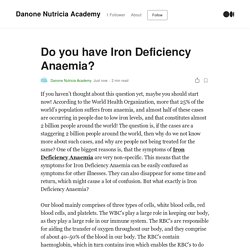 According to the World Health Organization, more that 25% of the world’s population suffers from anaemia, and almost half of these cases are occurring in people due to low iron levels, and that constitutes almost 2 billion people around the world! The question is, if the cases are a staggering 2 billion people around the world, then why do we not know more about such cases, and why are people not being treated for the same? One of the biggest reasons is, that the symptoms of Iron Deficiency Anaemia are very non-specific. This means that the symptoms for Iron Deficiency Anaemia can be easily confused as symptoms for other illnesses. They can also disappear for some time and return, which might cause a lot of confusion. Our blood mainly comprises of three types of cells, white blood cells, red blood cells, and platelets. Importance of breastfeeding. The nutritional link between the mother and the child continues even after birth. 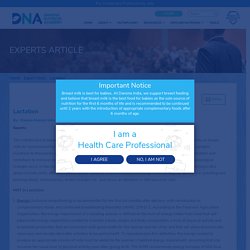 The new-born depends solely on breast milk for nourishment for a few months and so it is extremely crucial for the growth of the infant. This milk contains hundreds to thousands of distinct bioactive molecules which protect the infant against infection and inflammation and contribute to immune maturation, organ development, and healthy microbial colonization. Also, a lot of physiological changes occur in the mother post-delivery. This phase is also known as puerperium, and the changes occurring in this phase include chills, afterbirth pains, lochia- which is a form of bloody discharge from the vagina), difficulty in urinating and passing stools, sore muscles, breast changes etc. and hence an alteration in diet becomes vital.

Phases of breastmilk as a child grow. Breast milk is particularly a magical food source for babies. A mother’s milk contains many supplements and ingredients that protect against disease and aggravation and add to the strengthening of the immune system, organ development, and a sound microbial gut balance. What is the composition of breast milk? The breast milk composition is 87% water, 7% lactose, 4% fat, and 1% protein. The fat and lactose (a kind of carb/sugar) give the vast majority of the energy in breast milk. Furthermore, that is actually what a child needs. Phases Of Breastmilk - Composition Of Breast Milk. A Case report of Nutritional Management in a 3-month old male infant suffering from virus infection - Danone Nutricia Academy. Videos Explore. Learn. Share. The video files in this section contains presentations from national & international speakers on maternal and infant health. Also read the latest medical news and view upcoming Indian and International conferences.

Benefits of Hydrolysates Protein Over Intact Protein - Danone Nutricia Academy. Protein hydrolysates/hydrolysed proteins have a clear advantage over the intact proteins particularly in terms of higher rate of absorption and better muscle protein synthesis. It has a broad range of application and could be used effectively by individuals recovering from sickness/ injury and elderly where malabsorption is common, to individuals engaged in physical activity for faster recovery post work out. This article thus elaborates the various benefits of protein hydrolysates compared to intact proteins. Introduction: Nutritional supplements are designed to provide complete or partial nutritional support to individuals who are unable to ingest adequate amounts of food in a conventional form. In people who are recovering from an illness/surgery, nutritional supplements play an important role. Factors Impacting the Developing Gut Microbiota - Danone Nutricia Academy.

The large intestine contains at least 30 identified genera and 500 species of microorganisms, making it the largest human reservoir of microbes. The hosts share a complex relationship with the colonizing microbes that affect the development and health of the former.1However, various environmental factors influence the gut microbiota composition, which are discussed in this article.1 Evidence suggests that the composition of infant gut microbiota is idiosyncratic from the first day of life.1 Several factors such as individuality, age, and mode of feeding contribute to the variations in the microbiota.1The number and diversity of the microbial composition in the infant’s gut increase with age.1 The complexity and diversity of the infant gut microbiota composition become similar to that of an adult by around three years of age.1.

Pregestational diabetes is the term used: if a lady who is known to have diabetes and is under treatment conceives, she is said to have a pregestational diabetes. Since hyperglycemia is present throughout the pregnancy and not just in the second half as occurs in GDM, this group of patients are more prone for certain complications like congenital malformations of the fetus, worsening of the diabetic complications in the mother, etc.

The goals of Medical Nutrition Therapy (MNT) to achieve normoglycemia, prevent ketosis, provide adequate weight gain and contribute to fetal well being. The calorie allotment according to body weight is: All women with GDM should receive nutritional counselling. Breakfast calories can be split into two meals, one at 8 am another at 10 am to prevent the undue peak in plasma glucose levels. Food Allergies : Skin and Gut Dialogue - Danone Nutricia Academy. Videos Explore. Learn. Share. How Do A Baby Grow Through Weeks? Iron Deficiency Symptoms - Danone Nutricia Academy. Best Prebiotics Food To Improve Your Gut Bacteria. Danone Nutricia Academy.