Facinghistory. White nationalism is a dangerous ideology that was the motivating force behind nearly 350 terrorist attacks between 2011 and 2017. 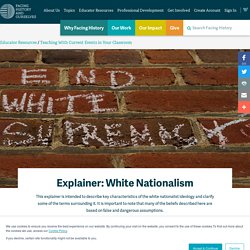 Recent attacks motivated by white nationalist ideology include the shootings in a Walmart in El Paso, Texas; in mosques in Christchurch, New Zealand; in the Tree of Life Synagogue in Pittsburgh, Pennsylvania; and in the Emanuel African Methodist Episcopal Church in Charleston, South Carolina. White nationalist violence is not a new phenomenon, even if it is taking on new forms. In the United States, the 1979 Greensboro shootings, various attacks committed in the 1980s by “the Order,” and the 1995 Oklahoma City bombing, were all motivated by the white nationalist ideology. Increasingly, white nationalists are targeting young people for recruitment online, and white nationalism has been linked to bullying, threats, and violence in schools. The Amazon is approaching an irreversible tipping point - On the brink. After Decades of Federal Protection, Hawaiian Coral Reefs Are Returning to Their Former Glory.

For decades, overfishing and trawling had been devastating parts of an underwater mountain range in the Pacific Ocean near Hawaii, wrecking deep-sea corals and destroying much of their ecological community. 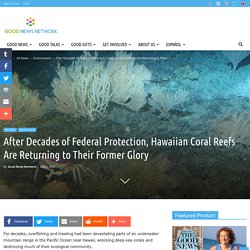 But now, after years of federally mandated protection, scientists see signs that this once ecologically fertile area known as the Hawaiian-Emperor Seamount Chain is making a comeback. Because of the slow-growing nature of the corals and sponges that live on seamounts, “It’s been hypothesized that these areas, if they’ve been trawled, that there’s not much hope for them,” said Florida State University Associate Professor of Oceanography Amy Baco-Taylor.

“So, we explored these sites fully expecting to not find any sign of recovery. But we were surprised to find evidence that some species are starting to come back to these areas.” RELATED: Scientists Are ‘Thrilled’ to Report That Hawaiian Coral Reefs Are Finally Stabilizing After Mass Bleaching The team analyzed 536,000 images. 209 days into the calendar year and we have used up Earth's yearly production of global resources. On Monday, July 29, we will be 209 days into the calendar year. 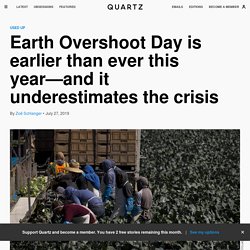 And we will have used up all the resources the Earth could regenerate in 365 days. At least, that’s according to the Global Footprint Network, a group that uses an array of mostly United Nations data to calculate what it calls Earth Overshoot Day: the day when humanity overshoots the planet’s ability to recover from what resources we consume within each year—like regrow the trees we cut down, absorb the carbon dioxide we emit, and replenish the seas with the fish we harvest, to name a few. Biographies for Children Come to Life on Netflix. I've been collecting titles from the Who Was biography series for years. 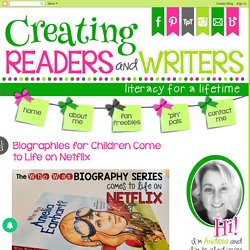 The text is too complex for most of the primary children I work with, but every now and then I find a student with a deep interest in a connected topic who has the ability to read and comprehend the material independently, so they haven't been wasted. Mostly I use them to research information and then adapt it to my needs and the skill level of my students. The other day, my daughter Haley (future elementary teacher) said, "Mom ... you do know Netflix has that series available for kids to watch now, don't you? " I didn't. But now I do. And if you, like me, didn't know that either, check it out.

The first season includes 13 episodes, each less than 30 minutes, with a focus on two historical figures per episode ... Thanks Haley! Happy teaching! What's New in Microsoft EDU. Primary school pollutes a swimming pool to educate pupils on plastic pollution. Black Rainbow Polyhedral Dice Set – WanderGecko. Kendal I bought the blue looking dice that show them to be blue aqua color in the picture but they showed up looking green. 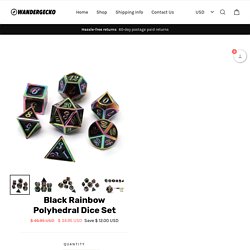 Edit: they reached out and apologized and offered a partial credit. The dice are really nice and I like them, just wasn't the color I wanted. Other than that, they are nice dice. I also was curious on the balance so I tested that. Tessie Madsen Photos of exactly what I got and how it was packaged. Stormy These dice are absolutely beautiful. Christy They are pretty nice! Gregg Segal's "Daily Bread" Examines Kids' Eating Habits. Tharkish Sri Ganesh (10) and Mierra Sri Varrsha, (8) Kuala Lumpur, Malaysia, photographed March 26, 2017. Tharkish and Mierra’s roots in Malaysia begin with their great-grandfather who migrated from South India to build a better future, but only found work as a rubber tapper before being conscripted by the Japanese to build the “Death Railway” from Siam to Burma in 1943.

Tharkish and Mierra live with their mom and dad in a public housing project in Bukit Jalil, a suburb of Kuala Lumpur. Their apartment block is full of friends and noisy in a good way. Their dad works as a gaffer in film production and their mom is a homemaker and does most of the cooking though on weekends they eat KFC, Pizza Hut or Chinese takeout.

Mierra dislikes the pungent smell of meat and traces of blood. With childhood obesity on the rise and globalization homogenizing nutrition, photographer Gregg Segal set out to discover what a week’s worth of food looked like around the world. Amazon.co. About the Author Gregg Segal studied photography and film at California Institute of the Arts, dramatic writing at New York University, and education at The University of Southern California. 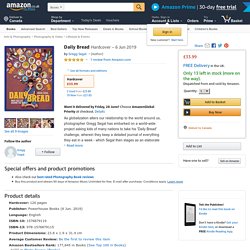