Estimation and Trust - Industrial Logic. A friend of mine worked at a large company in their IT department. 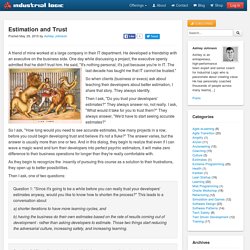 He developed a friendship with an executive on the business side. One day while discussing a project, the executive openly admitted that he didn't trust him. He said, "It's nothing personal, it's just because y ou're in IT. The last decade has taught me that IT cannot be trusted. " So when clients (business or execs) ask about teaching their developers about better estimation, I share that story. Then I ask, "Do you trust your developers' estimates? " So I ask, "How long would you need to see accurate estimates, how many projects in a row, before you could begin developing trust and believe it's not a fluke? " As they begin to recognize the insanity of pursuing this course as a solution to their frustrations, they open up to better possibilities.

Then I ask, one of two questions: a) shorter iterations to have more learning cycles, and. Are you too busy to improve? This illustration is inspired by and in part derived from the work by Scott Simmerman, “TheSquare Wheels Guy” For translated versions of this image and terms of use please see this page Are you just keeping yourself busy and not taking the time to improve how you do work? 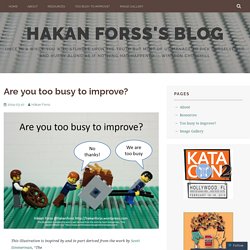 Historical Exchange Rates. Airbnb, Uber Wage War on Regulators With an Army of Customers. Last week Airbnb, the home rental service, caught a break when a judge tossed out a subpoena by the New York attorney general for the names of 15,000 Airbnb hosts. 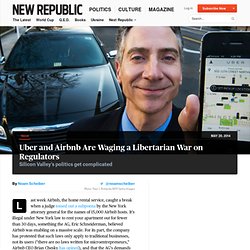 It’s illegal under New York law to rent your apartment out for fewer than 30 days, something the AG, Eric Schneiderman, believed Airbnb was enabling on a massive scale. For its part, the company has protested that such laws only apply to traditional businesses, not its users (“there are no laws written for microentrepreneurs,” Airbnb CEO Brian Chesky has opined), and that the AG’s demands were too intrusive in any case. The judge accepted the latter argument, if not the former. The victory aside, Airbnb’s legal problems are far from over—Schneiderman vowed to submit a narrower subpoena that would presumably pass muster with the court. But, then, Airbnb’s main strategy for dealing with regulations it dislikes has never been so much legal as it is political.

Only God Forgives (2013) How Adding Personality and Trust to Your Landing Pages can Maximize Conversion Rates. We’re constantly testing and tweaking our landing pages to maximize our conversion rates. 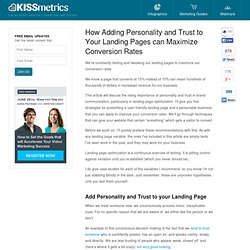 We know a page that converts at 15% instead of 10% can mean hundreds of thousands of dollars in increased revenue for our business. This article will discuss the rising importance of personality and trust in brand communication, particularly in landing page optimization. I’ll give you five strategies for presenting a user-friendly landing page and a personable business that you can apply to improve your conversion rates. We’ll go through techniques that can give your website that certain “something” which gets a visitor to convert.

Before we push on, I’ll quickly preface these recommendations with this: As with any landing page variable, the ones I’ve included in this article are simply tests I’ve seen work in the past, and they may work for your business. Our Conferences and Events - Builders and Innovators 2013. Dwolla. 25 Ways to Accept Mobile Payments. Mobile Payment Systems Pose Fraud Risk For Small Businesses. Mobile payment systems fail to take off. Pay with your Phone - Mobile Wallet. Digital Wallets – 10 Mobile Payment Systems To Take You There. Nowadays, we find ourselves carrying cold hard cash less and less because you can just as easily make your purchase with payment cards, and track your spending online. 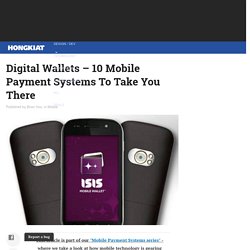 Plus, it’s more secure than carrying $350 to buy the latest iPad Mini. Certain payment or loyalty cards also let you earn rewards or entries to contests, but they do add up. They make your wallet unnecessarily thick and heavy. The Best Mobile Payment Systems: Small Businesses Weigh In. Payments: The end of a monopoly. Venmo: The Future Of Payments For You And Your Company. When will my transaction clear? Can it b... Dwolla Transactions clear in one of a few different scenarios: When money is sent from your Dwolla balance to another Dwolla user via their name, Dwolla ID, email, phone number, or social network. 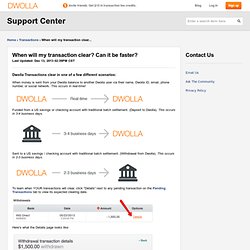 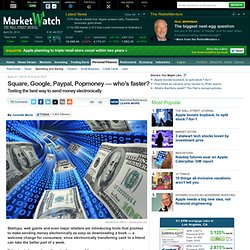 But instead of competing with each other, some of these companies may be joining forces soon. Mobile payments startup Square Inc., which is known for its tools that helps small business owners handle credit card transactions, may be looking to be purchased by a rival with deeper pockets, The Wall Street Journal reported Monday. Square denied the acquisition rumors but the possibility draws attention to the fact that each cash-transferring service has its strengths and weaknesses. Wayoutmind/gauss.