Paul Graham’s Startup Advice for the Lazy. Jim Carrey's Secret of Life - Inspiring Message. What Functional Programming Is + Why It Makes You Better (blog.functionalworks.com) – danielquiceno's highlights. One of the biggest mistakes I’ve made in my career — Twenty Years in the Valley. I wrote scripts in my Director project so “menus” would open, showing proposed changes to terminology and keyboard shortcuts. 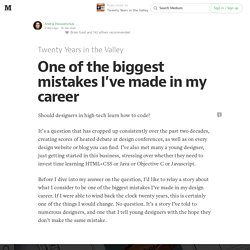 I toggled “buttons” on and off and put cursors on the screen to mimic tool selections or palette behaviors. I made it possible to drag a “palette” around on the screen. (These things were often nothing more than rectangles filled with simple text or pixel perfect palette mockups inside them.) I’m 28, I just quit my tech job, and I never want another job again. 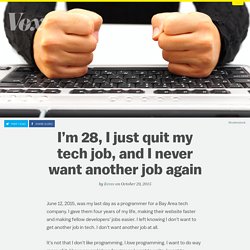 I gave them four years of my life, making their website faster and making fellow developers' jobs easier. I left knowing I don't want to get another job in tech. Spiritual Highlights 1: “Young man seize every moment of your time, the days fly by, ere long too you shall grow old, if you believe me not, see here in the courtyard how the frost glitters white and cold and cruel on the grass that once was green”. 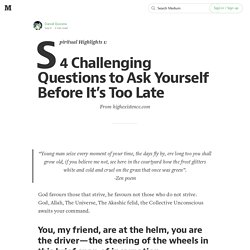 -Zen poem God favours those that strive, he favours not those who do not strive.God, Allah, The Universe, The Akashic felid, the Collective Unconscious awaits your command. You, my friend, are at the helm, you are the driver — the steering of the wheels in this brief span of incarnation. The Shortness of Life: Seneca on Busyness and The Art of Living Wide Rather Than Living Long. By Maria Popova “The greatest obstacle to living is expectancy, which hangs upon tomorrow and loses today… The whole future lies in uncertainty: live immediately.” 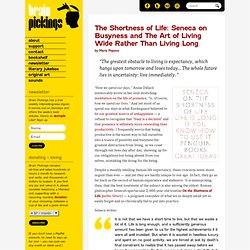 “How we spend our days,” Annie Dillard memorably wrote in her soul-stretching meditation on the life of presence, “is, of course, how we spend our lives.” And yet most of us spend our days in what Kierkegaard believed to be our greatest source of unhappiness — a refusal to recognize that “busy is a decision” and that presence is infinitely more rewarding than productivity. 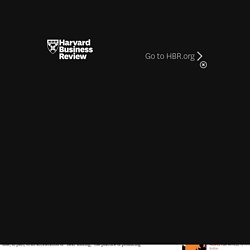 Most economists, including those at the the IMF, think it is premature to talk about an economic crisis. While I agree, I nonetheless believe that the slowdown is due, in part, to an acceleration of “near-shoring,” the practice of producing closer to the customer. My evidence is a series of separate surveys conducted by different organizations, including the MIT Forum for Supply Chain Innovation. The MIT Forum launched an online survey in 2012 to understand what U.S. manufacturers were doing about bringing production back to the United States and what factors were driving their decision process. One-hundred fifty-six U.S. manufacturing companies, defined as firms that have their headquarters in the United States, responded.

Another indication that near-shoring is accelerating is the Purchasing Managers’ Index (PMI). Oil prices. Labor costs. Risk. Highexistence. I love the image, but also agree the language is hard to swallow. 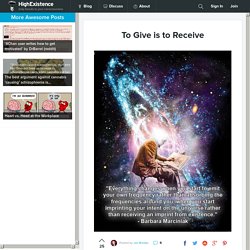 I too make my own context; “Imprinting your intent on the universe rather than receiving an imprint from existence,” (If you don’t want to be the horse’s hoofprints you’ve got to be the hooves”), serves me better when I think of myself as the architect of my own destiny, that in serving others I am becoming more real, transcending time and space, becoming eternal; the true aim of all temporal personal beings.

I love the image, but also agree the language is hard to swallow. An honest guide to the San Francisco startup life. My company shares its office with two other companies — Buildzoom and Flexport. 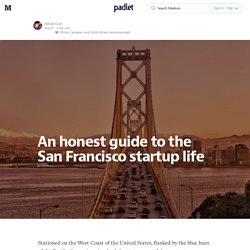 Judging from their names, Buildzoom manufactures high precision microscopes and Flexport ships fluorine to dentists in China. We all have a common investor named YC. YC is the venture capital arm of the YMCA. They invest in a lot of companies every year, many that seem outrageous on paper. Highexistence. The Key to Success Posted by Jordan Share This Tweet This Have a comment? 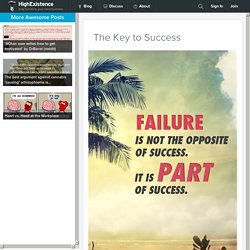 Sign In or Create an Account ‘4Chan user writes how to get motivated’ by DrBarrel (reddit) The best argument against cannabis ‘causing’ schizophrenia is… Heart vs. Join HE. How to Read the 3 Signs Telling You Your Purpose in Life. Join Entrepreneur and today's most influential business innovators in Denver, May 4. 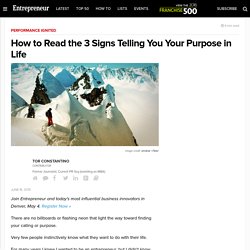 Register Now » There are no billboards or flashing neon that light the way toward finding your calling or purpose. Very few people instinctively know what they want to do with their life. The genius of Silicon Valley: Chamath Palihapitiya - Full Interview.