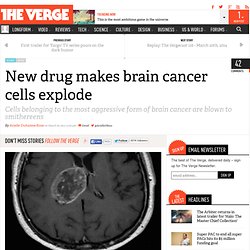 The study, which was published today in Cell, was performed on mice, so the method will need a lot more testing before it's ready for human trials. But should the approach hold up, it could one day form the basis of an entirely new form of cancer treatment. Average life expectancy is 15 months Currently, only 5 percent of patients with GBM survive longer than three years, and the average life expectancy of a patient is 15 months.

Even when aggressive therapies are implemented, "GBM is essentially incurable," the researchers wrote in the study. The compound that eventually caught researchers' attention is called "Vacquinol-1," and although it certainly did kill cancer cells, it did so in a way that was unlike anything else they'd seen. Breaking down cancer’s defence mechanisms. A possible new method for treating pancreatic cancer which enables the body’s immune system to attack and kill cancer cells has been developed by researchers. 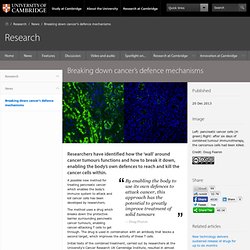 The method uses a drug which breaks down the protective barrier surrounding pancreatic cancer tumours, enabling cancer-attacking T cells to get through. The drug is used in combination with an antibody that blocks a second target, which improves the activity of these T cells. Initial tests of the combined treatment, carried out by researchers at the University’s Cancer Research UK Cambridge Institute, resulted in almost complete elimination of cancer cells in one week. The findings, reported in the journal PNAS, mark the first time this has been achieved in any pancreatic cancer model.

Mini Implantable Microscopes to Watch Living Cells Inside the Body. To get an up-close look at a patient's tissue, a doctor typically does a biopsy—chops off a tiny chunk of organ or tumor and sends it to a lab for processing. The lab encases the tissue in paraffin wax, then shaves it into slices thin enough to be analyzed on a microscope. The process takes a living, three-dimensional tissue and turns it into a frozen 2D image, like a snapshot of an action scene. According to an article in this week's Nature, implantable microscopes are allowing doctors and scientists to study living-cell interactions from inside the body in real time. 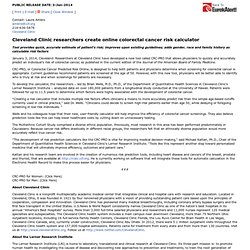 Study: Autophagy predicts which cancer cells live and die when faced with anti-cancer drugs - Colorado Cancer Blogs. In the process of autophagy, cells reprocess or “eat” parts of themselves in order to survive times of energy scarcity or other challenges. 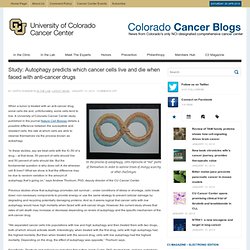 When a tumor is treated with an anti-cancer drug, some cells die and, unfortunately, some cells tend to live. A University of Colorado Cancer Center study published in the journal Nature Cell Biology details a possible difference between the susceptible and resistant cells: the rate at which cells are able to cleanse themselves via the process known as autophagy. “In these studies, say we treat cells with the IC-50 of a drug – at that dose, 50 percent of cells should live and 50 percent of cells should die. 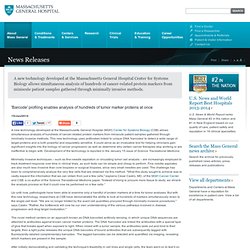 This new technology uses antibodies linked to unique DNA 'barcodes' to detect a wide range of target proteins and is both powerful and exquisitely sensitive. It could serve as an invaluable tool for helping clinicians gain significant insights into the biology of cancer progression as well as determine why certain cancer therapies stop working or are ineffective to begin with. Development of the technology is reported in the January 15 issue of Science Translational Medicine. Not just clean but spotless – Researchers show how cells tidy up. Researchers create embryonic stem cells without embryo. By Lori J. 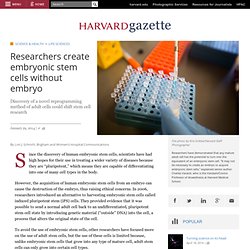 Schroth, Brigham and Women’s Hospital Communications. Tottori University researchers discover a simple way to possibly cure all forms of cancer. Alright, it doesn’t look so simple from the above image, but on 25 January, Tottori University announced that researchers have found a method to successfully transform a cancerous tumor into non-threatening tissue. 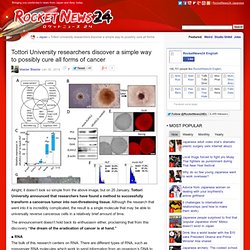 Although the research that went into it is incredibly complicated, the result is a single molecule that may be able to universally reverse cancerous cells in a relatively brief amount of time. The announcement doesn’t hold back its enthusiasm either, proclaiming that from this discovery “the dream of the eradication of cancer is at hand.” ■ RNA The bulk of this research centers on RNA.

There are different types of RNA, such as messenger RNA molecules which work to send information from an organism’s DNA to the ribosomes which begin to create proteins for specialized cell production. Also in the mix are microRNA molecules. Walter and Eliza Hall Institute of Medical Research. Red alert: body kills ‘spontaneous’ blood cancers on a daily basis Associate Professor David Tarlinton, Dr Stephen Nutt and Dr Axel Kallies have found that the immune system removes errant B cells before they become cancerous. 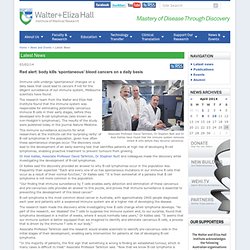 Immune cells undergo ‘spontaneous’ changes on a daily basis that could lead to cancers if not for the diligent surveillance of our immune system, Melbourne scientists have found. The research team from the Walter and Eliza Hall Institute found that the immune system was responsible for eliminating potentially cancerous immune B cells in their early stages, before they developed into B-cell lymphomas (also known as non-Hodgkin’s lymphomas). The results of the study were published today in the journal Nature Medicine. This immune surveillance accounts for what researchers at the institute call the ‘surprising rarity’ of B-cell lymphomas in the population, given how often these spontaneous changes occur. Excess Sugar May Double Heart Disease Risk, Study Finds. High sugar consumption may double the chance of dying from heart disease, according to a study that adds to evidence that high levels of the sweetener in processed foods and drink is bad for a person’s health. 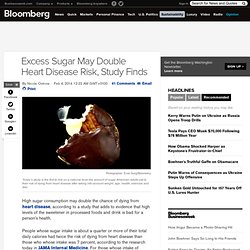