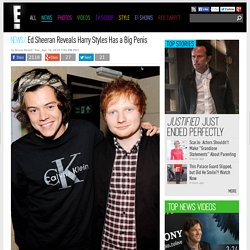 Benett/Getty Images for Fudge Urban Ed Sheeran just made a lot of dreams come true. The question of Harry Styles' junk size may have just been a naughty thought you tucked back into your mind (or not, we won't judge), but the "Thinking Out Loud" crooner just made his pal's manhood headline news. CEO Slashes Pay to Raise Company 'Minimum Wage' to $70,000. Os misterios do beijo estao no olfato - Expresso. Ed Sheeran surprises couple with wedding serenade in Australia - Pop Culture. Celebs Erin Clements TODAY 16 hours ago Wedding crashers aren't usually asked to pose for photos with the bride and groom, but it's not every day that the surprise guest is Ed Sheeran. 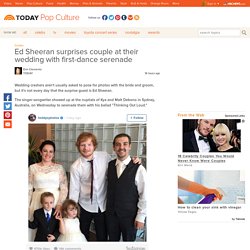 The singer-songwriter showed up at the nuptials of Kya and Matt Debono in Sydney, Australia, on Wednesday to serenade them with his ballad "Thinking Out Loud. " Sheeran, 24, posted an image of himself with the happy couple and their adorable ring bearer and flower girl Wednesday night. "Just surprised this lovely couples first dance," he wrote. Sheeran's appearance was arranged by KIIS 1065 hosts Kyle & Jackie O after Kya and Matt told the radio show that they were struggling to pay for the wedding after Kya, a mom of two, lost her own mother. The deejays teamed up with the Sydney Bridal Expo to give the couple their dream wedding.

According to KIIS 1065, the couple had already chosen "Thinking Out Loud" for their first dance, which prompted the radio hosts to book Sheeran for the gig. Watch Carles Torrens' Award Winning Short Film SEQUENCE. HEAD OVER HEELS on Vimeo. Lingerie startup: Plus-size models generate more sales - Mar. 17, 2015. Revealing data from Adore Me, a New York-based lingerie startup, gets at what women really want in underthings -- and who they want to buy it from. 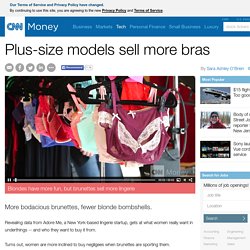 Turns out, women are more inclined to buy negligees when brunettes are sporting them. Interestingly, consumers prefer to see a plus-size women modeling lingerie. That actually generates more sales, according to Adore Me. 7 of the most badass women who ever lived (who you've probably never heard of) For centuries, women all over the world have fought and ruled, written and taught. 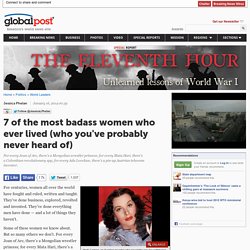 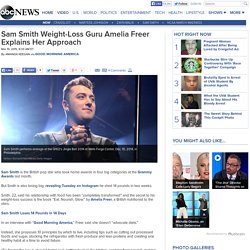 But Smith is also losing big, revealing Tuesday on Instagram he shed 14 pounds in two weeks. Smith, 22, said his relationship with food has been “completely transformed” and the secret to his weight-loss success is the book “Eat. Nourish. Glow.” by Amelia Freer, a British nutritionist to the stars. In an interview with “Good Morning America,” Freer said she doesn’t “advocate diets.” Instead, she proposes 10 principles by which to live, including tips such as cutting out processed foods and sugar, stocking the refrigerator with fresh produce and lean proteins and creating one healthy habit at a time to avoid failure. “So for me the key is about it being real, getting back in the kitchen, cooking from scratch, making sure they are not relying on junk processed convenience food,” Freer said. Smith has been vocal about his struggle to lose weight in the past. See inside this stunning 125-year-old carriage house - Home. Real estate March 5, 2015 at 10:10 AM ET Sam Rowse isn't sure how many carriages used to fit in the house where he now lives. 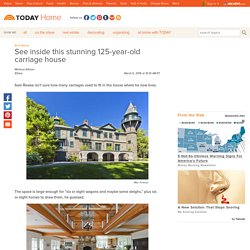 Mike Perlman The space is large enough for "six or eight wagons and maybe some sleighs," plus six or eight horses to draw them, he guessed. Who would require so much horse-drawn transportation? Stearns built the carriage house himself and used trusses to hold up the roof as well as the second floor "so he was able to have a hay loft above and a completely open area [for the horses and carriages] down below," said Rowse, who has turned the giant hay loft into a rec room with a pool table, an area for lounging plus three bedrooms and three bathrooms. 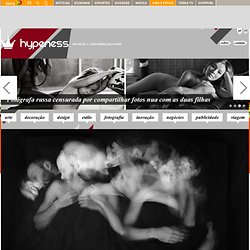 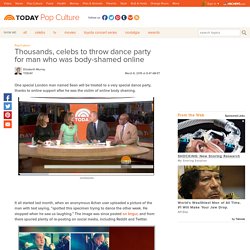 It all started last month, when an anonymous 4chan user uploaded a picture of the man with text saying, "spotted this specimen trying to dance the other week.