Hello! Dance of Stoves is a vegan cooking blog with simple and delicious recipes.

Healthy Vegan Chinese Salad (White-Sugar Free) I have already commented more than once on the blog that I love Chinese food; that's why whenever I go to a restaurant, I order the typical Chinese salad; it is delicious. 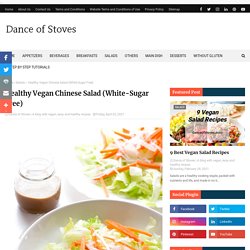 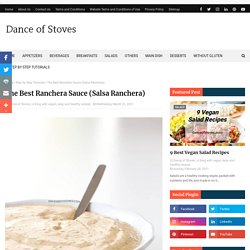 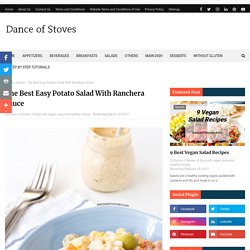 Also Read: The Best Healthy Chickpea Croutons (Gluten-Free) This potato salad with ranchero sauce has been a real discovery, and the best thing is that the sauce is homemade and is free of dairy and eggs. Potato salads, in addition to being very tasty, are a great option to eat out of the house because, unlike lettuce and some green leafy vegetables, it keeps very well and even tastes better after a couple of hours of having it prepared. Also Read: Healthy Vegan Parmesan Cheese (Less Than 5 Minutes) If you do not have all the sauce ingredients, do not worry; add the ones you have or replace them with others; in the kitchen, you have to experiment; we love it. We have used our homemade vegan and sour cream that we share with you to make the sauce, among other ingredients. The Best Healthy Chickpea Croutons (Gluten-Free) We are organising all the vegetarian recipes we had published to make it a 100% vegan blog. 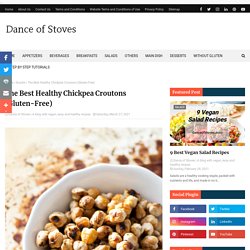 When it was the Caesar salad turn, we decided that instead of using croutons or toast, we could use the best healthy chickpea croutons (gluten-free). Also Read: Healthy Vegan Parmesan Cheese (Less Than 5 Minutes) The original idea was not ours; we saw some American blogs that used them to make a gluten-free and more nutritious salad. We had already published a recipe for roasted chickpeas; it is a delicious, light snack and does not contain more than chickpeas, lemon juice and spices. This time we have changed the herbs to make them have a more neutral flavour, but you can use whatever you want. Healthy Vegan Parmesan Cheese (Less Than 5 Minutes) This vegan Parmesan cheese is to die for; Who can easily make it at home, it keeps very well and is cheaper than traditional Parmesan, but best of all, it is much healthier and suitable for all audiences. 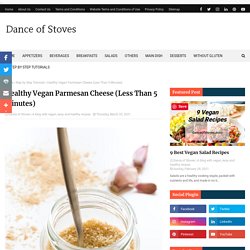 Also Read: The Best Rich, Creamy And Light Vegan Caesar Sauce You only need four ingredients to prepare it: cashews, beer yeast or nutritional yeast, acceptable sea salt and garlic powder. I always try to use unsalted nuts because they are healthier, but if you only find salted cashews, you can use them without a problem and not add more salt. Brewer's yeast is easier to find than nutritional yeast, but it does have gluten, so if you don't consume it, be careful. Also Read: The Best Rich Vegan Caesar Salad Recipe (Delicious) The only difference with the traditional Parmesan is that it does not melt. Ideally, it would help if you used a food processor or grinder to make this cheese, but you may also be able to do the trick with your blender to grind the cashews. Ingredients SCALE (1x) Grades.

The Best Rich, Creamy And Light Vegan Caesar Sauce. I prefer a lighter dressing for every day, but the best rich, creamy, and soft vegan Caesar sauce is one of my favourite special occasions. 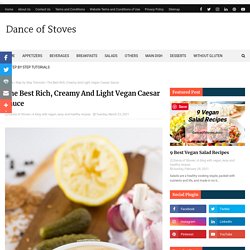 Caesar sauce is one of the most popular and sold globally; it is very creamy, has many flavours, and makes even people who do not like green eat salads. Also Read: The Best Rich Vegan Caesar Salad Recipe (Delicious) Some time ago, I shared a vegetarian version of this sauce on the blog (the original has anchovies), and I remember a vegan boy asked me how he could make a vegan version. At that time, I thought it would be almost impossible to organise it because I did not know how to substitute the egg and Parmesan cheese. The Best Rich Vegan Caesar Salad Recipe (Delicious) 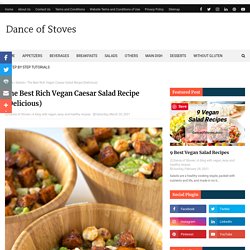 This recipe is EPIC. I am not exaggerating if I say that it is one of the wealthiest salads I have ever tasted, and it is undoubtedly the one I like the most of all the ones we have published on the blog. Healthy Vegan Feta Cheese (Fat & Cholesterol Free) Making vegan cheeses is easier than it seems; it is a matter of trying new recipes and customising them to our liking. 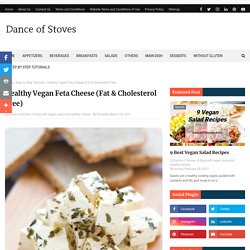 Healthy Vegan Greek Salad Recipe With Feta Tofu Cheese. How hot it is in Rawalpindi! 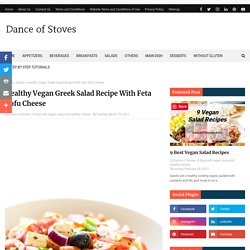 I don't feel like cooking, and what I eat most are simple dishes and lots of fruits and vegetables in their natural state. Taking advantage of the vegan feta cheese that I made the other day for the blog, I made this refreshing vegan Greek salad; it's ready in no time, and it's the perfect dish to beat the heat. Also Read: Healthy Vegan Tempeh Bacon Recipe (8 Ingredients) It is important to eat varied, so we ensure all the necessary nutrients, and we do not get bored of eating salads every day. If you don't like salads it may be due to a lack of habit, because you haven't found a delicious recipe or because you always make the typical salad with lettuce, tomato and little else, I love it, but it can get boring if you don't change though be from time to time.

Healthy Vegan Tempeh Bacon Recipe (8 Ingredients) Vegan substitutes are not exactly cheap, so the idea is to make them at home; they are usually healthier, and we know what we are eating. 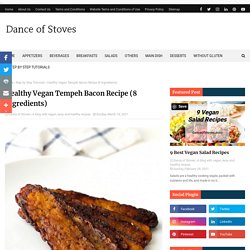 These foods are not to be eaten often, but to indulge ourselves from time to time. Many people make the mistake of trying to eat the same as when they were not vegan but in a 100% vegetable version.