Mandrake pattern by Maffers. Behold the mandrake, a peculiar plant of arcane origins. 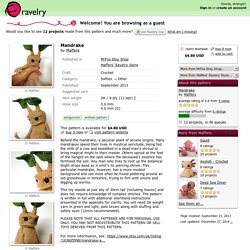 Many mandrakes spend their lives in mystical servitude, being fed the milk of a cow and swaddled in a dead man’s shroud to bring magical might to their master. Others sprout at the feet of the hanged on the spot where the deceased’s essence has fertilised the soil. Any man who tries to root up the botanical blight drops dead as it emit’s its piercing shriek.

This particular mandrake, however, has a more modest background and can most often be found pottering around an old greenhouse in Yorkshire, trying to flirt with onions and digging up worms. This toy stands at just shy of 30cm tall (including leaves) and does not require knowledge of complex stitches. How to crochet cute kawaii Sushi - Amigurumi Tutorial. Borderlands 2 Claptrap (CL4P-T4P) Amigurumi Pattern. Editorial spring 06. Shell (Coiled): Using CC1, CO 3 sts. 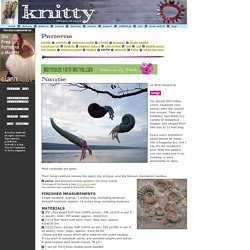 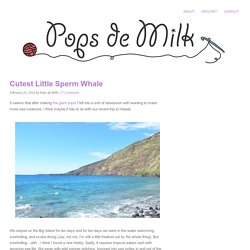 I think maybe it has to do with our recent trip to Hawaii. We stayed on the Big Island for ten days and for ten days we were in the water swimming, snorkelling, and scuba diving (Jay, not me, I’m still a little freaked out by the whole thing). But snorkelling…ahh…I think I found a new hobby. Sadly, it requires tropical waters lush with amazing sea life. We swan with wild spinner dolphins, bumped into sea turtles in and out of the water, and night snorkelled with manta rays as they feasted on plankton. Le panier de la marchande au crochet - Le sommaire # 2 - Nath - Bout de Ficelle. 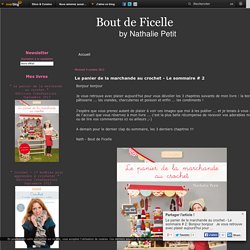 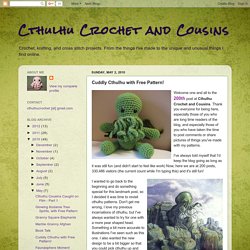 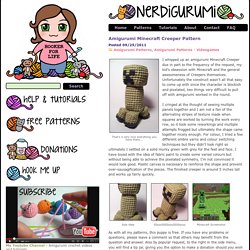 I whipped up an amigurumi Minecraft Creeper due in part to the frequency of the request, my kid’s obsession with Minecraft and the general awesomeness of Creepers themselves. Unfortunately the construct wasn’t all that easy to come up with since the character is blockish and pixelated, two things very difficult to pull off with amigurumi worked in the round. I cringed at the thought of sewing multiple panels together and I am not a fan of the alternating stripes of texture made when squares are worked by turning the work every row, so it took some reworkings and multiple attempts frogged but ultimately the shape came together nicely enough. For colour, I tried a few different ombre yarns and colour switching techniques but they didn’t look right so ultimately I settled on a solid murky green with grey for the feet and face. 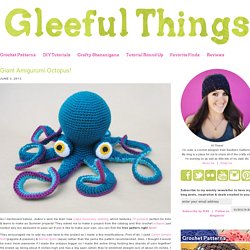 They asked me to make a project from the catalog and this crochet octopus just looked way too awesome to pass up! If you’d like to make your own, you can find the free pattern right here! They encouraged me to add my own twist to the project so I made a few modifications. First of all, I used Caron Simply Soft (pagoda & passion) & Bernat Satin (aqua) rather than the yarns the pattern recommended. I have a few notes about the pattern to share: - The pattern calls for you to join at the end of rounds when making the head and I didn’t do that because I think it’s unnecessary and looks better without the seam. - This pattern actually makes a heptapus not an octopus, which means it only has seven legs. . - It’s designed to be assembled so that the bottom is wrong side out and this sort of thing drives me nuts.

The Day of the Octopuses. Have you ever had one of those moments where you just had to sit down? 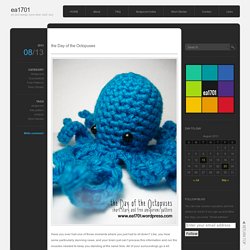 Like, you hear some particularly stunning news, and your brain just can’t process this information and run the muscles needed to keep you standing at the same time. All of your surroundings go a bit blurry, time becomes nothing more than a four letter word, and everything else just goes completely unnoticed, as your mind works feverishly to sort out whatever it was that stunned it so.