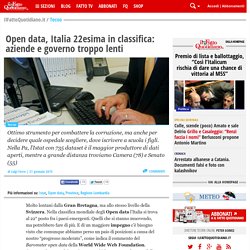 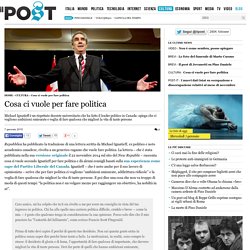 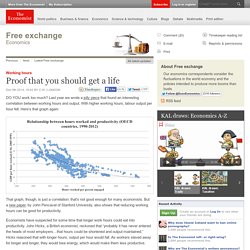 Last year we wrote a jolly piece that found an interesting correlation between working hours and output. With higher working hours, labour output per hour fell. Here’s that graph again: Explicit cookie consent. IN THE West, suburbs could hardly be less fashionable. 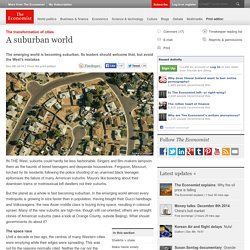 Singers and film-makers lampoon them as the haunts of bored teenagers and desperate housewives. Ferguson, Missouri, torched by its residents following the police shooting of an unarmed black teenager, epitomises the failure of many American suburbs. Mayors like boasting about their downtown trams or metrosexual loft dwellers not their suburbs. But the planet as a whole is fast becoming suburban. In the emerging world almost every metropolis is growing in size faster than in population. The space race Until a decade or two ago, the centres of many Western cities were emptying while their edges were spreading. Krugman: austerità calorica? Meglio vino rosso e pastasciutta. How Data Can Help You Write A Better Screenplay.

November is the time of year when movie studios release the best they’ve got. 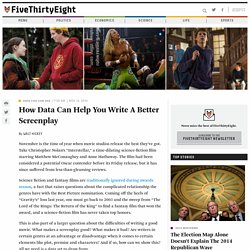 Take Christopher Nolan’s “Interstellar,” a time-dilating science-fiction film starring Matthew McConaughey and Anne Hathaway. The film had been considered a potential Oscar contender before its Friday release, but it has since suffered from less-than-gleaming reviews. Science fiction and fantasy films are traditionally ignored during awards season, a fact that raises questions about the complicated relationship the genres have with the Best Picture nomination.

Coming off the heels of “Gravity’s” loss last year, one must go back to 2003 and the sweep from “The Lord of the Rings: The Return of the King” to find a fantasy film that won the award, and a science-fiction film has never taken top honors. This is also part of a larger question about the difficulties of writing a good movie. Hagen said novice screenwriters find writing good dialogue and characters particularly challenging. Cosa annuncerà Obama stanotte. Abdul Qadeer Khan. Abdul Qadeer Khan,[note 1] NI, HI, FPAS Abdul Qadeer Khan was one of Pakistan's top scientists,[3] and was involved in the country's various scientific programs until his dismissal.[3] In January 2004, Khan was officially summoned for a debriefing on his suspicious activities in other countries after the United States provided evidence to the Pakistan Government, and confessed it a month later.[3] Some have alleged that these activities were sanctioned by the authorities, though the Pakistan government sharply dismissed the claims.[4][5] After years of nominal house arrest, the Islamabad High Court (IHC) on 6 February 2009 declared Abdul Qadeer Khan to be a free citizen of Pakistan, allowing him free movement inside the country. 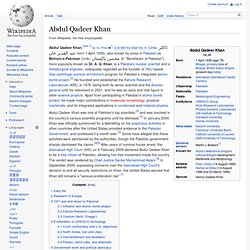 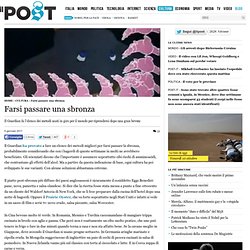 The early bird apparently does get the worm. 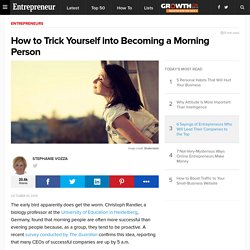 Christoph Randler, a biology professor at the University of Education in Heidelberg, Germany, found that morning people are often more successful than evening people because, as a group, they tend to be proactive. A recent survey conducted by The Guardian confirms this idea, reporting that many CEOs of successful companies are up by 5 a.m.

But what if you’re more of a night owl than a morning lark – is it possible to change your ways? Yes, but it will take work, says Dr. W. "Your genes determine what we call your 'chronotype,' which is if you are a morning or evening person," says Winter. Changing your chronotype takes about two weeks, but you have to stick with it. 1. Winter says the problem occurs when you drift back to older patterns during weekends and vacations. Related: The Power of Mornings: Why Successful Entrepreneurs Get up Early 2. He also likes to use his music library to play a random song as an alarm. Daniel Tammet: Different ways of knowing. 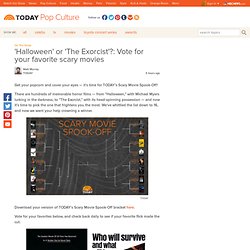