The Solar Cooking Archive. Crazyguyonabike.com: Bicycle Touring: A place for bicycle tourists and their journals. Bicycle Touring 101: Bicycle touring in the winter - An interview with Alaskan Tony Torti. Any special dangers that worry you (like meeting a polar bear, falling through the ice etc)? 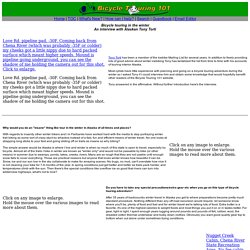 Must admit that imagining falling thru ice is not an unfamiliar occurrence while out on some rivers, but that's just a moment or two out of hours and hours of pure joy. I'm always alone when on these trips so being extra careful has become second nature, something that would be an inconvenience elsewhere could become life threatening under some winter conditions.

I often get off the bike and walk over stuff that I'd probably try if someone was with me. I'm pretty aware of moose, they're big, amazingly fast, there's lots of them and they can be ornery. Have you ever been caught out in a storm? A couple of springs ago I had another week long trip in the White Mtns planned. Untitled. I've been meaning to do this for some time - I've actually had one of these hook sets in my junk box for more than 5 years. 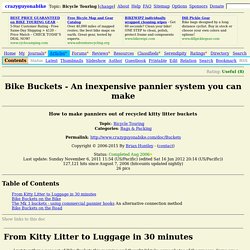 Finally, Skyler Descartes wrote this article about his version, so I thought I'd try it out. It turned out my hook set was the 'standard' size, but my bike's rack has oversized rods. Nevertheless, it fit on fairly well despite not being able to lock into position. All the same, I picked up two sets of the oversized hooks from MEC ($6.75 each, and they now come with hardware to attach them.) As the photo shows, there's quite a difference between the sizes. Zen and the Art of the Alcohol Stove. Denatured Alcohol (ethanol with methanol (added as a denaturing agent), methyl ethyl ketone, acetone, water, and possibly other chemicals - aka methylated spirits, shellac thinner, marine stove fuel, liquid fondue fuel, chafing dish fuel)- and Found in marine shops and in the paint department of most hardware stores. 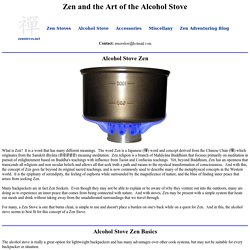 Penny Stove Instructions & FAQs. The building instructions below are brief - designed for those that have previously built 'can' stoves. 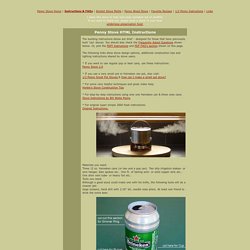 You should also check the Frequently Asked Questions shown below. Or, pint the PDFf Instructions and PDF FAQ's section shown on this page. The following links show stove design options, additional construction tips and lighting instructions shared by stove users. * If you want to use regular pop or beer cans, use these instructions: Penny Stove 2.0 * If you use a very small pot or Heineken can pot, also visit: 1/2 Penny Small Pot Stoves & How can I make a small pot stove?

Philly's Pissed dot Net. Resources for Organizing. Solar Food Dehydrator. Many of you are dehydrating food in order to preserve it. 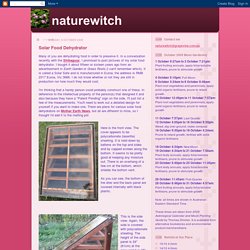 In a conversation recently with the Shibaguyz, I promised to post pictures of my solar food dehydrator. I bought it about fifteen or sixteen years ago from an advertisement in Earth Garden or Grass Roots (I can't remember which). It is called a Solar Safe and is manufactured in Euroa; the address is RMB 2317 Euroa, Vic 3666. I do not know whether or not they are still in production nor how much they would cost. I'm thinking that a handy person could probably construct one of these. Here is the front view. As you can see, the bottom of the drier and the back panel are covered internally with black plastic. This is the side view. Because of the triangular side design, shelves are staggered and so each shelf gets a bit of direct sunlight.

17 Foods To Buy Once And Regrow Forever. Everyday we throw heaps of leftovers and scraps out which could actually be used to regrow fruits, vegetables and herbs completely free of charge. 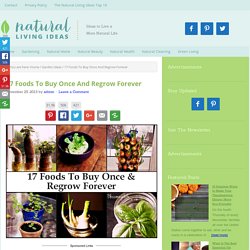 Not only can we save money, but also reduce our carbon footprint. With grocery prices increasing, now is the best time to get frugal in the kitchen and garden. Below are seventeen fruits, vegetables and herbs you can buy once and regrow forever… Vegetables Regrow Green Onions – Want to grow green onions indefinitely? Regrow Onions – This clever method of growing onions in an old used water bottle on a windowsill is a great way to get free onions! Regrow Carrots -This method to grow carrots from carrot tops is so simple you can get the kids involved. Regrow Celery – This is a clever idea to regrow celery from the base. Regrow Sweet Potato’s – The versatility of the sweet potato means it’s a firm favorite with any home cook, here we share a tutorial on how to grow more using nothing but a sweet potato. 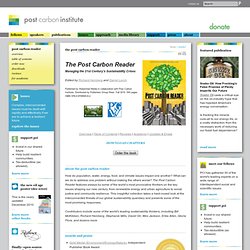