Wide Range of Offers on MSC Cruises from Cruisebay. MSC Cruises is a family oriented cruise liner offering its guests an authentic Italian experience at an affordable price. 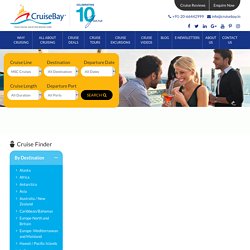 While it sails to destinations all over the world, it aims to recreate "the Mediterranean way of life” on its ships. Their ships tend to be more nautical and seaworthy in their look and feel with extensive use of marble, wood and brass, highlighting their Italian heritage. MSC Cruise itineraries include more ports of call and fewer days at sea. Sky Princess Cruises from Cruisebay. Princess Cruises have always upheld the legacy of providing both, the best hospitality at high seas as well as unmatchable panache. 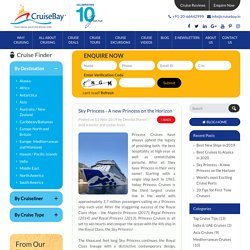 After all, they have Princess in their very name! Starting with a single ship back in 1965, today Princess Cruises is the third largest cruise line in the world with approximately 1.7 million passengers sailing on a Princess ship each year. After the staggering success of the Royal Class ships – the Majestic Princess (2017), Regal Princess (2014) and Royal Princess (2013), Princess Cruises is all set to win hearts and conquer the ocean with the 4th ship in the Royal Class, the Sky Princess! The thousand feet long Sky Princess continues the Royal Class lineage with a distinctive contemporary design, weighing over 141,000 tonnes, and innumerable excursions spread out over nineteen decks.

A Luxury Cruise from Cruisebay. Antara Cruises has introduced luxury river cruising to India giving us an opportunity to explore India differently. 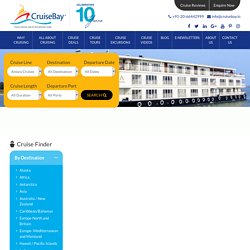 Starting with Ganges river cruises, you get to visit offbeat destinations along the Ganga and experience the slow life from the comfort of your luxury cruise ship. Antara curates luxury experiences that take you through ancient river routes that includes wildlife safaris, exploring indigenous birds and animals in their natural habitat, private river bank experiences and much more. Come aboard and discover India’s fine tradition of hospitality with globally benchmarked services. Each ship follows an environmental-friendly and a state-of-the-art design philosophy and offers only an ‘all-suite’ five-star like accommodation to its guests. 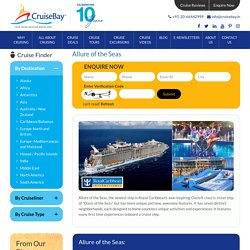 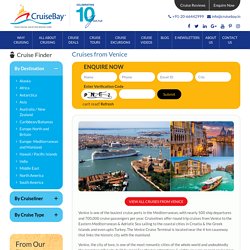 Antarctica Cruise Booking Agent in India. Hurtigruten Norwegian Fjords Cruises. When one considers touring through Europe, it is generally the charm of Rome, or the beaches of the French Riviera, Greek Islands of Mykonos and Santorini, the charming capital cities of Paris and Amsterdam, or the Venetian canals and the architecture of Florence that comes to mind. 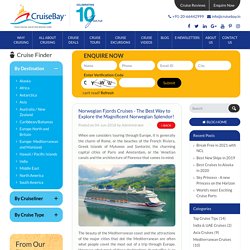 The beauty of the Mediterranean coast and the attractions of the major cities that dot the Mediterranean are often what people covet the most out of a trip through Europe. However, what most of these destinations do not offer, is an escape into nature’s alcove so divine, it is the closest to being one with nature that we might ever encounter. The famed Fjords of Norway, a land of dramatic waterfalls cascading down cliffs and glorious mountainsides, offer a landscape so captivating, one can scarcely believe it’s real. 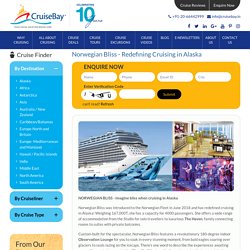 Weighing 167,000T, she has a capacity for 4000 passengers. Custom-built for the spectacular, Norwegian Bliss features a revolutionary 180-degree indoor Observation Lounge for you to soak in every stunning moment, from bald eagles soaring over glaciers to seals lazing on the icecaps. Norwegian Bliss offers week long cruises to the inside passage of Alaska, round trip from Seattle starting from May to September. Alaska Cruise from Seattle. MSC Bellissima – MSC’s newest ship. Enquire Now Enter Verification Code Enter verification code MSC Bellissima has joined the MSC fleet in the company's Meraviglia class of cruise ships in March 2019. 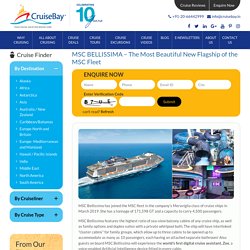 She has a tonnage of 171,598 GT and a capacity to carry 4,500 passengers. MSC Bellissima features the highest ratio of sea-view balcony cabins of any cruise ship, as well as family options and duplex suites with a private whirlpool bath. An indoor promenade that will have an 80-meter LED ceiling that projects different scenes throughout the day. The ship has a total of 20 bars and lounges, with 12 new and creative onboard dining options, among which are the Mediterranean Village (speciality dining) and the exclusive Yacht Club Fine Dining Restaurant.