Best Travel Agents. Best Travel Hashtags To Use On Instagram - La Jolla Mom. Instagram is one of the best tools for sharing photos with your social media networks while traveling. 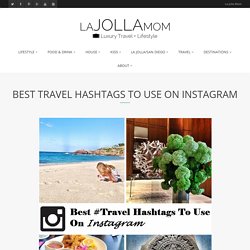 Hashtags allow each photo to be seen be. I am not an Instagram expert by any means, but I am trying to use it more effectively during travel to luxury resorts. Based on my research, here are the best travel hashtags for Instagram along with how and when to use them. I’ve included the number of photos per hashtag in parenthesis to demonstrate how popular they are. Hashtag Your Destination. Search results for Viaje. Documentales culturales - Donostia-San Sebastián 1813-2013, Documentales culturales. Curso Avanzado en Gerencia de Alimentos y Bebidas on Scribd. Wine reviews, find the best wines, read the latest wine news, learn about wine tasting and more with Decanter.com. Experiences.pdf. Better. Euzkadi. Sun, Shadow, and Reflection in Euzkadi Travel memoir by Dan Harvey Pedrick (First published in Spanish in "Centauro" magazine, Mexico City, 1995, © 1993) The Rain in Spain falls mainly on the Basque Country--a meteorological fact that little bothers the hordes of summering Europeans who traditionally flee the sweltering heat of such places as Madrid and Paris for the northern coast of Iberia. 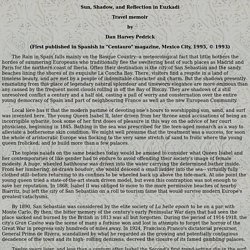 Local lore has it that the modern pastime of devoting one's hours to worshipping sun, sand, and surf was invented here. The topless naiads on the same beaches today would be amused to consider what Queen Isabel and her contemporaries of like gender had to endure to avoid offending their society's image of female modesty. By 1890, San Sebastián was considered by the elite society of La belle epoch to be on a par with Monte Carlo. Before the advent of tourism, vocations of a much more exciting nature had been the occupations of the industrious people of Spain's Basque provinces. 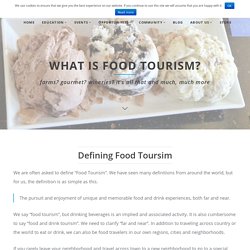 It is also cumbersome to say “food and drink tourism”. We need to clarify “far and near”. In addition to traveling across country or the world to eat or drink, we can also be food travelers in our own regions, cities and neighborhoods. If you rarely leave your neighborhood and travel across town to a new neighborhood to go to a special grocery store or to eat out, you’re a “food traveler” in your own backyard! The act of traveling is implied because most people travel at least across their own town, if not the region, the country and even the planet. The distance covered is not as important as the fact that we are always on the move. Sanz-enea « ATERIAN. DSM 5.1 - Centro de paquetes - Synology - Almacenamiento conectado en red (NAS)

Sensory Gastronomy. Molecular gastronomy – the use of scientific processes in cooking – has given us the snail porridge, the coffee flavoured lasagne and even the toenail-infused escalopes. 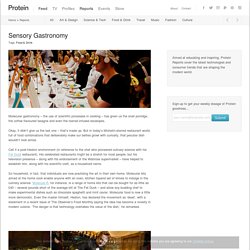 Okay, it didn’t give us the last one – that’s made up. But in today’s Michelin-starred restaurant world, full of food combinations that deliberately make our bellies growl with curiosity, that peculiar dish wouldn’t look amiss. Call it a post-Heston environment (in reference to the chef who pioneered culinary science with his Fat Duck restaurant). His celebrated restaurants might be a stretch for most people, but his television presence – along with his endorsement of the Waitrose supermarket – have helped to establish him, along with his scientific craft, as a household name.

Wine Songs with Wine Lyrics. When you're drinking a glass of wine, it's quite fun to have music playing that's talking about wine as well! 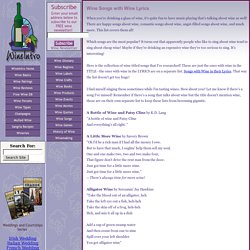 There are happy songs about wine, romantic songs about wine, angst-filled songs about wine, and much more. This list covers them all! Which songs are the most popular? It turns out that apparently people who like to sing about wine tend to sing about cheap wine! Maybe if they're drinking an expensive wine they're too serious to sing. Here is the collection of wine titled songs that I've researched! I find myself singing these sometimes while I'm tasting wines. A Bottle of Wine and Patsy Cline by K.D. Fin de semana en La Rioja. Hace dos fines de semana me acerqué a La Rioja, concretamente a Haro. 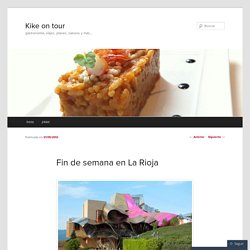 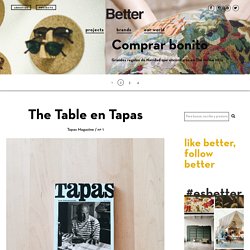 Pop-Up Restaurants Are Over. Welcome to Consumed, in which Matt Duckor devours the food world, documenting the people, places, and plates that keep him hungry. 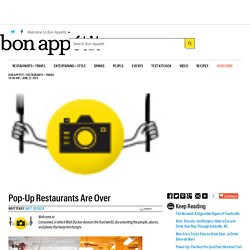 (Credit: Matt Duckor) Four walls and a roof. A kitchen. A Micros system. A long-term lease and regular utility bills. In recent years, however, chefs have sought to strip away all or most of the above in favor of something more elemental and transitory–the pop-up restaurant. DESIGN MATTERSPop-ups pop up everywhere from private apartments to coffee shops to retail stores, but usually have one thing in common–the space wasn’t originally intended to function as a restaurant. 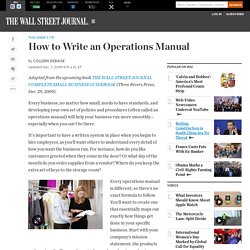 Every business, no matter how small, needs to have standards, and developing your own set of policies and procedures (often called an operations manual) will help your business run more smoothly— especially when you can't be there. It's important to have a written system in place when you begin to hire employees, as you'll want others to understand every detail of how you want the business run.

For instance, how do you like customers greeted when they come in the door? Or what day of the month do you order supplies from a vendor? Where do you keep the extra set of keys to the storage room?