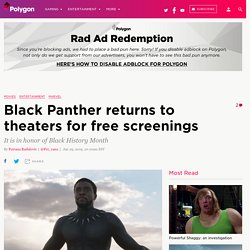 In honor of Black History Month, select AMC theaters will screen Black Panther for free. Black Panther’s theatrical return will be a one-week engagement, running Feb. 1-7. AMC will show the movie at 250 locations in the U.S. Participating theaters will offer two free showings each day during that week. Disney is also giving a $1.5 million grant to support UNCF (United Negro College Fund), an organization dedicated to helping minority students gain access to college education and fund their higher education. THE SPIRITS IN THE MACHINE. Best Retail Experience Of 2018: Nike House Of Innovation 000.

Inside the Nike House of Innovation 000Courtesy of Nike Anybody who works in retail knows that there’s a shift in the industry; people who visit brick-and-mortar locations are looking for an experience, not just a place where they can buy shoes. 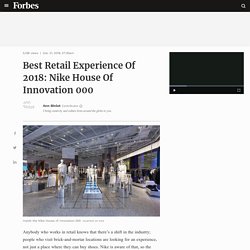 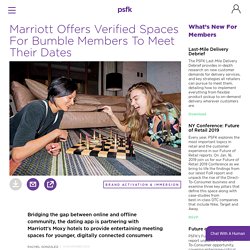 The launch of BumbleSpot #attheMoxy will be celebrated across the country with several live events, including a Coco & Breezy concert in New York and a Denver appearance from model Denise Bidot. Moxy is Marriott’s hotel brand geared toward Millennial and Gen-Z consumers, featuring tech-enabled rooms, vibrant lobby spaces and friendly, modern service. Marriott. Amazon: As CNN recently observed, “It's Amazon's world. We just live in it.” And while the retail giant has seemingly...

While its core customer still remains business travelers, Courtyard by Marriott has started to spruce up its image, perhaps to attract those coveted millennial guests. 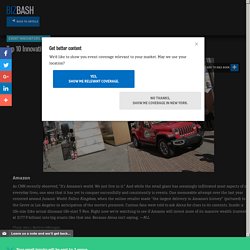 Earlier this year, it launched an advertising campaign along with a re-branding of its 1,000-plus properties that included a new logo, exterior design, color palette, and the addition of its Bistro Bar concept, which offers a twist on classic American menu items. Plus, as the official hotel of the N.F.L., the brand continues to produce innovative partner activations for the league, including its Super Bowl Sleepover Contest (pictured) and the newly introduced Courtyard N.F.L.

Global Correspondent, who will attend games in London, Mexico City, Minnesota, as well as the Super Bowl “with the purpose of discovering the passion that unites N.F.L. fans on behalf of Courtyard.” TheSkimm - Behind-the-Scenes at the Oscars. Bumble Launches BumbleSpot, Verified Locations Where You Can Meet Matches In Real Life. Celebrity Apps Keep Failing. So, Why Are They Still Being Built? 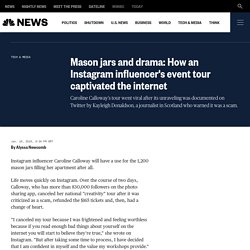 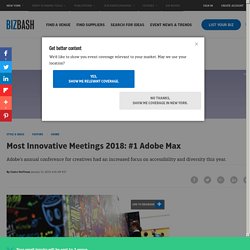 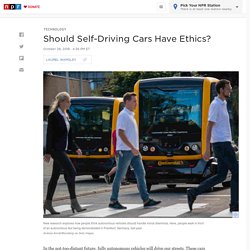 Here, people walk in front of an autonomous taxi being demonstrated in Frankfurt, Germany, last year. Andreas Arnold/Bloomberg via Getty Images hide caption. Moral Machine. Sony Unveils the 'Future of Music' With 360 Reality Audio at CES 2019. Drake Hints at Inking Las Vegas Residency Deal. Google's roller coaster at CES is a ride through Google Assistant. : An unexpected error has occurred. Franz of Prague. Q&A: How This New Netflix Series Goes Behind the Scenes of Major Events. Remember virtual reality? Its buzz has faded at CES 2019.

NEW YORK (AP) — Just a few years ago, virtual reality was poised to take over the world. 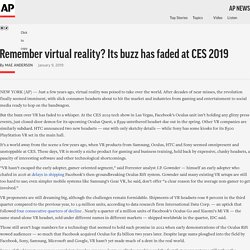 After decades of near misses, the revolution finally seemed imminent, with slick consumer headsets about to hit the market and industries from gaming and entertainment to social media ready to hop on the bandwagon. But the buzz over VR has faded to a whisper. At the CES 2019 tech show in Las Vegas, Facebook’s Oculus unit isn’t holding any glitzy press events, just closed-door demos for its upcoming Oculus Quest, a $399 untethered headset due out in the spring. Other VR companies are similarly subdued. This art messes with your perceptions □… Sonos Creative Event Agency. Intel CES - All of it Now. Installations. Pam Fox – Lip Print Reading – The Second Most Fun Things to do With Your Lips. Launch Events: Inside Reebok’s First ComplexCon Exhibit. Zimoun. Professional Online Ticketing and Guest Registration. Harnessing The Full Power Of The Experience-First Revolution. Brand marketers have been told for years that the future is digital and mobile, and while this may hold some truth, the numbers don’t lie: More than 70% of consumers consider converting into customers after an experiential marketing event. 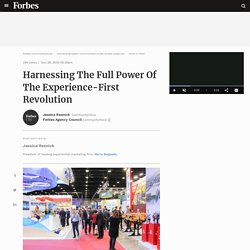 Technology may have made it easier than ever to reach consumers, but companies are nonetheless finding out that in-person experiences remain a powerful way to engage consumers and ground the customer-brand relationship in an emotional connection. Business brief: Meow Wolf to aid startups. Staff report Meow Wolf CEO Vince Kadlubek has described participation in the inaugural Creative Startups accelerator in 2014 as transformational for the arts collective, which eventually launched its wildly successful House of Eternal Return immersive art attraction on Rufina Circle and is expanding to other states. 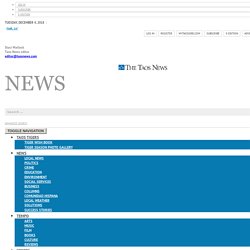 Now Meow Wolf is looking to help other entrepreneurs in creative fields get in the game by helping present the 2019 Creative Startups Accelerator. A recent announcement said Meow Wolf will take applications for the program aimed at helping people to grow new businesses. Meow Wolf will provide a grant and mentors for the new partnership, for which the city of Albuquerque is a lead sponsor to the tune of $125,000. Thebosco. BizBash's 20 Most-Liked Images on Instagram in 2018.

As 2018 comes to a close, BizBash editors are reflecting on the biggest events and innovative ideas featured on our social media channels. Here are the 20 images we posted to Instagram that collected the most likes. (You can follow us at @BizBash.) 1. Dial Product LaunchBalloon “bubbles” at the event at 24th Street Loft in New York in April. The 40,000-pound "Halo," which was made up of 840 LED tiles, was held up with custom-fabricated L-brackets. An immersive 360-degree...

Canon Portals. Starbucks Reserve Roastery Opens in Chelsea With 3 Stories. The Starbucks Reserve Roastery — the most luxurious way to get a grande — opens its fourth global location this Friday, December 14 at 61 Ninth Ave., at 15th Street, in Chelsea. NYC is the fourth of six planned roasteries across the world, with others in Seattle, Shanghai, and Milan. Tokyo and Chicago are next up for this new style of store that’s reportedly meant to “differentiate” Starbucks from other global coffee chains like Lavazza. It’s nearly a whopping 23,000-square-foot bid, including five bars: two for coffee, and one each for cocktails, takeaway beans, and pastries. The space here is full of New York design details spread across a working coffee roaster, tubes in the ceiling that carry freshly roasted beans to the coffee bar, tons of seating, 10 bathrooms, and every kind of coffee brewing style one can imagine.

Everything is subtle, though. Daniel Wurtzel: Sculptor of Unique Materials & Experiences. Making of Dior robot by Hajime Sorayama revealed in exclusive video. This video, exclusive to Dezeen, reveals how Japanese artist Hajime Sorayama created the giant female robot that took centre stage at Dior's Pre-Fall 2019 menswear show in Tokyo. Kim Jones, artistic director of Dior menswear, commissioned Sorayama to create the giant, retro-futurist robot. It took the form of an "idealised woman", with details embossed to resemble mechanical joints, nuts and bolts across its body. As shown in the movie, the figure was carved from a block of styrofoam and then coated in multiple layers of aluminium paint, which took 20 days to apply. SETTING A NEW SCENE. Our Work: Experiential Marketing Examples/Campaigns/Portfolio. GitHub Universe 2017. Time Out New York on Instagram: “An amazing lantern festival has arrived in Staten Island. Take a look inside the magical spectacle.”

RYOT on Instagram: “THE DIAL is an interactive narrative combining augmented reality and projection mapping, chronicling a mysterious car accident told from…”