Liquid Marble Series. Europe's First Underwater Museum. The first underwater museum has opened in Europe and it's amazing. Located near the South coast of Lanzarote in Spain, Museo Atlantico is the first sub-aquatic museum in Europe. 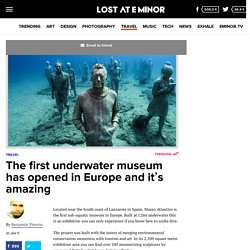 Built at 12mt underwater this is an exhibition you can only experience if you know how to scuba dive. The project was built with the intent of merging environmental conservation awareness with tourism and art. Ford Opens The First Mobility Brand Experience Studio In NYC. The space explores the future of transportation through a collection of interactive exhibits Ford is expanding its definition as a mobility company with the opening of the Ford Hub at Westfield World Trade Center in New York City. 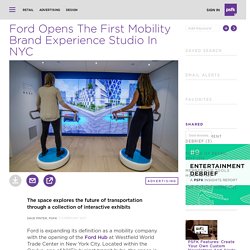 Located within the Oculus, one of NYC’s busiest transit hubs, the space is designed to promote the ways Ford is thinking about the future of transportation. The interior features various interactive exhibits, both analog and digital, with its centerpiece featuring a kinetic mobility sculpture that uses marbles to show multimodal traffic patterns. Cafe X Employs Robots to Make Coffee in San Francisco. Why it matters to you This latest robotic invention shows just how many human jobs robots may be able to take over, or at least supplement. 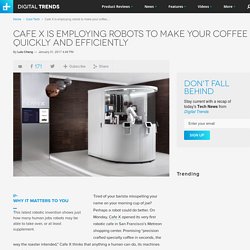 Tired of your barista misspelling your name on your morning cup of joe? Perhaps a robot could do better. On Monday, Cafe X opened its very first robotic cafe in San Francisco’s Metreon shopping center. Ad of the Day: Cisco Gives a 360 Tour of the Mind-Bending Space Hotel of the Future – Adweek. There's a Chris Van Dusen book that my kids love called I Built a House, in which a boy sketches his wild and futuristic dream home, which includes an underwater room, a car-racing room, a zero-gravity room and a room with jets that detaches and flies around the neighborhood. 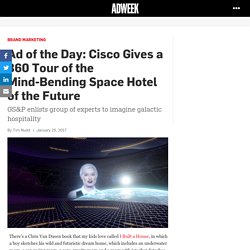 Cisco, working with Goodby Silverstein & Partners, just did something a bit similar, enlisting an interior designer, a space explorer, an astronautics professor and a travel expert to imagine what a space hotel might look like in a future age of galactic tourism. The experts used Cisco Spark—a set of team messaging, online meeting and whiteboarding tools—to brainstorm during the project. Then GS&P made a short film about it, as well as an immersive 360 video tour of the hotel, including the lobby, bedrooms, dining area, observation deck and zero-G swimming pool. The LAD Bible Dinner In The Sky. TeamLab: Transcending Boundaries. August Moon Drive-In Will Be a Replica of 1960's Theaters in Nashville.

Why it matters to you Sitting in a classic car while watching a movie under a simulated starry sky doesn't sound so bad, and it's exactly what August Moon is planning. 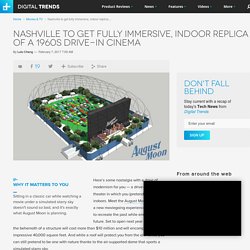 Here’s some nostalgia with a dose of modernism for you — a drive-in movie theater in which you (pretend to) drive … indoors. Meet the August Moon Drive-In, a new moviegoing experience that wants to recreate the past while embracing the future. Italian Architect's Vertical Forests to Grow in China. Why it matters to you Green architecture can combat pollution and make city living more pleasant in the future. 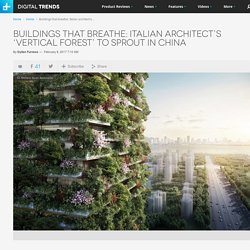 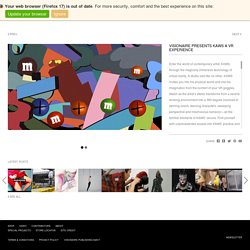 A studio visit like no other, KAWS invites you into his physical world and into his imagination from the comfort of your VR goggles. Watch as the artist’s atelier transforms from a serene working environment into a 360 degree overload of swirling colors, dancing characters, sweeping perspective and mischievous behavior—all the familiar elements of KAWS’ oeuvre. Find yourself with unprecedented access into KAWS’ practice and his creative mind, as the studio itself becomes a canvas for the artist’s first foray into the new medium of VR. 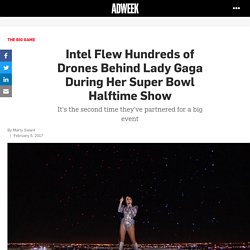 Choreographed by lights and shapes in what the company is calling the first-ever drone integration for a Super Bowl or televised event, the drones, each weighing less than a volleyball, transformed into multicolored stars and the U.S. flag. The collaboration is the second time Intel and Lady Gaga have worked together for a major performance. Nike Has Found A New Way To Use Augmented Reality In Its Stores. The brand has unveiled an AR experience that projects custom designs onto sneakers and makes them viewable to shoppers in real-time. 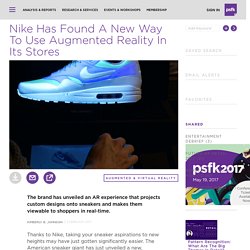 Thanks to Nike, taking your sneaker aspirations to new heights may have just gotten significantly easier. The American sneaker giant has just unveiled a new, in-store device which allows customers the opportunity to visually tailor sneakers using augmented reality and see the designs projected back at them in realtime. In Russia, Palaces and Metro Stations Are Hard to Tell Apart. It is surprisingly hard to tell the difference between photos of Moscow’s metro stations and photos of Russia’s historic palaces. 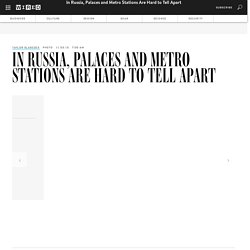 The stations, like the palaces, are supremely decadent, with high arched ceilings, opulent gold leaf, and glittering chandeliers. Photographer David Burdeny takes us inside with A Bright Future and leaves you wondering just what you’re seeing. Burdeny, who has a masters in architecture and a bachelors in interior design, became fascinated by Russian interiors three years ago while working on a project about European palaces. Michael Farrell and Cliff Haynes Create Analog Straw Camera.

Alexander Wang Threw an All-Black Kegger at NYFW Fall 2017. The big question at tonight’s Alexander Wang show: After-party, or no after-party? The designer brought McDonald’s trucks and 7-Eleven Slurpees to his post-show bash last season, but this time the invitations were clear: “Standing room only. No after-party.” Just before the show, when our beauty director spotted the words NO AFTER PARTY on models’ tights backstage, we thought Wang must be up to something. Celebrities and editors made a long trek to Hamilton Heights to find out – and entered an abandoned theater full of Peroni kegs.

Were we already at the after-party? New York Fashion Week continues to use offbeat NYC locales as venues. Playing In A Real Life Pac Man Game for Bud Light. Who doesn’t love the idea of being able to play in a real life-sized Pac Man game? That “Old School Arcade Nostalgia” is exactly what this 2015 Super Bowl spot, Coin, for Bud Light is capitalizing upon. The 90 second commercial to air on the Championship Game by Energy BBDO continues Anheuser-Busch’s #UpForWhatever ad campaign by turning a Bar-goer, who is ‘up for whatever’ into a real life Pac Man.

Wocka Wocka Wocka. Travel – inkbox tattoos. Ikea 'The Growroom' If you've ever wanted to kill everything around you while building something from IKEA, imagine trying to build this awesome garden: The Denmark-based company Space10, which is supported by IKEA, has released instructions on how to build The Growroom, an incredible wooden spherical garden for people living in urban spaces. The Growroom was created to encourage people living in cities to grow their own food locally, bring nature into urban areas and "tackle the rapidly increasing demand for significantly more food in the future. "