Macobserver. Many Apple customers, it seems, are starting to unload their old Power Mac G4s and G5s in favor of the new Nehalem-based Mac Pro. 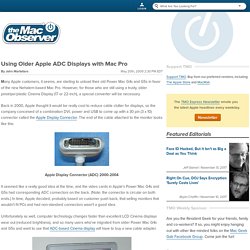 However, for those who are still using a trusty, older pinstripe/plastic Cinema Display (17 or 22-inch), a special converter will be necessary.

Future TV – Google Play Apps & Games. USB-C Has Finally Come Into Its Own. Google Photos update. Google Photos on Android is getting updated to v4.0 that brings with it new material design elements and a refined theme to match the experience of Android Pie. 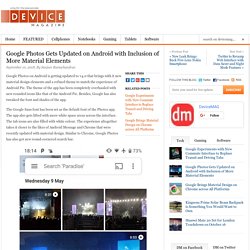 The theme of the app has been completely overhauled with new rounded icons like that of the Android Pie. Besides, Google has also tweaked the font and shades of the app. The Google Sans font has been set as the default font of the Photos app. The app also gets lifted with more white space areas across the interface. The tab icons are also filled with white colour. Besides, Google Photos also now features the option to show metadata of the snaps captured through the device camera.

The navigation drawer although has been left with minimal changes. 4 Reasons Your Phone Keeps Dropping Calls. About three-quarters of cell phone users deal with the forehead-smacking exasperation of dropped calls at least occasionally according to a 2012 Pew survey. 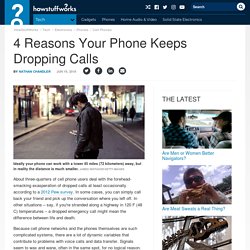 In some cases, you can simply call back your friend and pick up the conversation where you left off. In other situations – say, if you're stranded along a highway in 120 F (48 C) temperatures – a dropped emergency call might mean the difference between life and death. Because cell phone networks and the phones themselves are such complicated systems, there are a lot of dynamic variables that contribute to problems with voice calls and data transfer. Google Redesigns Gmail – Here's a List of Amazing New Features. 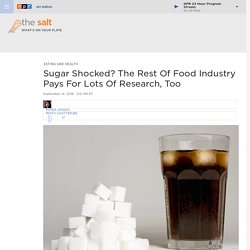 But today, scores of companies continue to fund food and nutrition studies. The simplicity of dropping Google in 2018 - macwright.org. A few months ago, I stopped using Google for everything personal: I switched from Gmail to FastMail for mail and calendars, and that was the end of the era. 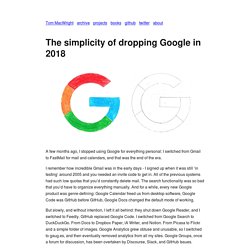 I remember how incredible Gmail was in the early days - I signed up when it was still ‘in testing’ around 2005 and you needed an invite code to get in. All of the previous systems had such low quotas that you’d constantly delete mail. The search functionality was so bad that you’d have to organize everything manually. Google's Song Maker lets you easily compose music within your browser. Facebook's scandal over Cambridge Analytica is a computer-science problem. Election manipulation is a hot story. 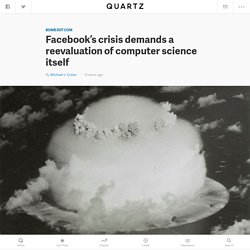 The best Facebook alternatives, according to a Y Combinator partner. In the public imagination, the Amish are famous for renouncing modern technology. 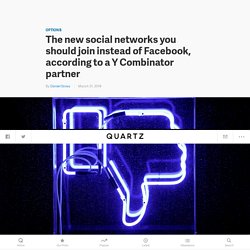 In truth, many Amish farms hum with machines: milk vats, mechanical agitators, diesel engines, and pneumatic belt sanders are all found in their barns and workshops. The Amish don’t actually oppose technology. Rather, the community must vote on whether to adopt a given item. WhatsApp Co-Founder Brian Acton Injects $50 Million in Newly Formed Signal Foundation. The best Facebook alternatives, according to a Y Combinator partner. Apple doesn't understand what makes Chromebooks great. The Insanity of 'Unsane' Shows That iPhones Are the Future of Movies. How to delete apps harvesting your data on Facebook, and how to delete your Facebook account. Crypto funds’ susceptibility to hacking and theft is a major concern in the industry. 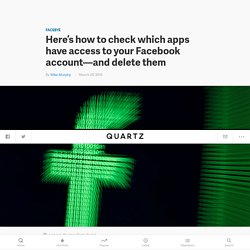 Over $8 billion in bitcoin have been stolen from exchanges since 2011, Reuters has found. So it’s not surprising that a high-security device for storing cryptocurrencies has sold over a million units. But it contained a vulnerability, a security researcher has found. Ledger, the French startup behind the Nano S, says it has fixed the problem after being notified by the researcher, but the gap still exists in a second, less popular, product, the Nano Blue—and that fix won’t be available for several weeks, the firm’s chief security officer, Charles Guillemet, said.

Ledger says it is not aware of any funds that have been stolen from the devices. How To Change Your Facebook Settings To Opt Out of Platform API Sharing. You shouldn't have to do this. 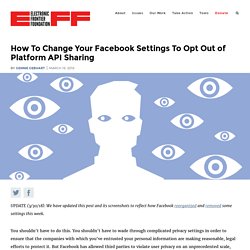 You shouldn't have to wade through complicated privacy settings in order to ensure that the companies with which you've entrusted your personal information are making reasonable, legal efforts to protect it. But Facebook has allowed third parties to violate user privacy on an unprecedented scale, and, while legislators and regulators scramble to understand the implications and put limits in place, users are left with the responsibility to make sure their profiles are properly configured. Over the weekend, it became clear that Cambridge Analytica, a data analytics company, got access to more than 50 million Facebook users' data in 2014. Optimize Any WiFi Connection with NetSpot Pro. Few things in life are as frustrating as a dropped or horribly slow Internet connection. 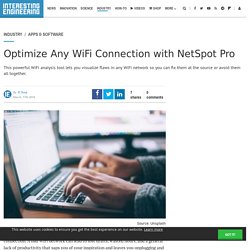 A bad WiFi network can lead to lost drafts, wasted hours, and a general lack of productivity that saps you of your inspiration and leaves you unplugging and replugging your router in vain. NetSpot Pro is a simple but powerful solution to this far-too-frequent problem. It optimizes your WiFi connection and offers an in-depth analysis of any potential problem, so you can avoid connectivity issues more easily and troubleshoot them when they arise. And for a limited time, lifetime license to NetSpot Pro is on sale for just $39. Domains. Google Assistant rolls out Routines. Why QR codes trump NFC in China · TechNode. Editor’s note: This was contributed by Tianyu M. Fang, a Boston-based freelance writer on Chinese tech and culture, and an independent researcher on US-China relations. Previously, he lived in Beijing, where he worked closely with China’s tech startup community. Among the ten customers lining up inside a Starbucks store in Beijing, I seemed to be the only one who showed up at the cashier with an iPhone, ready to pay for my breakfast with Apple Pay.

It's Time to Fix Google! How to Bring Back 5 Features It Removed. Google Search launched over 20 years ago, and in that time, it has introduced and removed several features. Use Google Assistant on Your TV With Chromecast Visual Responses. Set & manage alarms and media alarms - Google Home Help. How to Turn Off Facebook's Face Recognition Features. Here's how Google Chrome will block ads starting today. Google Thinks The Future Of The Web Is . . . Email. When was the last time you were lost on your smartphone? Because for me, it was just this morning. Whether on Facebook, Twitter, or email itself, I end up tapping something that takes me to a web page stuck inside an app, and I’m left scratching my head, wait, aren’t I just on the web? What app am I in again? Now Google is taking aim at just this problem with a new initiative called AMP for Email.

Instead of an email from Pinterest just kicking you to some in-app browser or an external app as soon as you tap one of its links, a new AMP-infused Pinterest email is the web. Google Chrome Portable. Google Trips will help plan your travel with the minimum of hassle. Sharing on social in the wake of Facebook's recent algorithm update: what you need to know. Here’s how Google Chrome’s new ad blocker works – Ctrl blog. Google Voice 5.7 for Android finally preps in-app VoIP calling functionality [APK Insight] After years of stagnation, Google Voice relaunched in early 2017 with redesigned mobile and web apps, as well as the guarantee of “regular” updates. How long will it take for Fuchsia to replace Android and Chrome OS, if ever? [Poll]

Their new 512GB microSDXC™ V10, UHS-I U1 card provides all compatible Android™ smartphones and tablets with a massive memory boost, enabling users to create, store and share more photos and videos and enjoy app and music downloads – without the worry of running out of storage space. The world's first 512GB microSDXC memory card from @integralmemory delivers maximum storage for mobile consumersTweet this. Apple rejects net neutrality testing app, says it offers “no benefits to users” How Do I Use Alexa on Amazon Echo and Echo Show?

Get a Password Manager. Here's Where to Start. Snowden-Backed App 'Haven' Turns Your Phone Into a Home Security System. Customize Chrome With 10 Unique Browser Extensions. Google Home Notifications Tutorial - Not Enough TECH. What Google Assistant can do. How-to: Check whether your Android device will get updated against Meltdown and Spectre. The Google Brain Team — Looking Back on 2017 (Part 1 of 2) Google Fi Wireless Service Adds Unlimited Data Plan. Cutting Machinery Meditation App by with Vinay Gupta by Future Thinkers. ORCHID: Access The World! 10 Best Free Speech To Text Apps For Android. Google now recognizes 119 languages for voice-to-text dictation. 24 hidden Android settings you should know about.