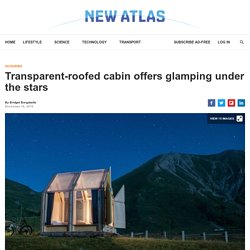 Dubbed Immerso, the striking transparent-roof cabin measures only 6 square meters (65 sq ft) and is currently being used as a unique glamping experience in the Italian Alps. Located 1,900 m (6,234 ft) above sea level in the quaint alpine town of La Morra, which is nestled in the Pian dell'Alpe, Usseaux (about a 90 minute drive from Turin), Immerso offers a rare opportunity to sleep under the stars. “Immerso is a unique project of its kind,” says Fabio Vignolo and Francesca Turnaturi. “Immersed is a temporary and contemporary shelter. ’s Top 10 Prefabs of 2019. IMMERSO Star gazer. Arched Cabins. Tiny Houses Are an Indigenous Symbol of Resistance. When you see the word "tiny house," what comes to mind? 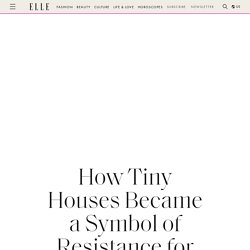 "Minimalism? " Maybe "decluttering" or "downsizing? " You probably don't immediately connect "resistance" with the living-small movement that's cut from the same cloth as Kondo-ing. But for a group of indigenous peoples in Canada, tiny homes are exactly how they plan to protect their ancestral land from big oil. Since Canadian prime minister Justin Trudeau first committed to expand the Trans Mountain pipeline hundreds of miles from Alberta to the Pacific Coast three years ago, the project has been contested by environmentalists and deemed "shameful" by 16-year-old Greta Thunberg on Twitter.

From Novelty to Necessity: The Growing Tiny Home Movement. Born out of the desire for a simpler, more affordable way of life, the tiny home movement has spread at a furious pace—with the global market estimated to grow by a CAGR of almost 7%, adding nearly $5.2 billion in market size by 2022. 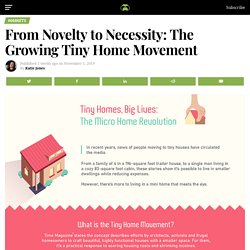 Given the economic pressures of today’s world, these alternative housing solutions have become not only a viable option for many people, but a vital one. Today’s infographic from Calculator.me illustrates how the tiny home market got so big, and how it fares against traditional housing when it comes to providing environmentally friendly and affordable options. How Did Tiny Homes Get So Big? It was not until the 2009 recession hit the U.S. that tiny homes became more of a realistic option, as the benefits of downscaling became more apparent. From then on, three things propelled the popularity of tiny homes: rising house costs, shrinking incomes, and a greater consideration for the environment. Today, 63% of U.S. millennials would consider living in a tiny home.

Stilt Studios by Alexis Dornier are prefab homes on stilts. Bali-based architect Alexis Dornier has developed a concept for prefabricated homes that could easily be taken apart and reassembled in a new location. 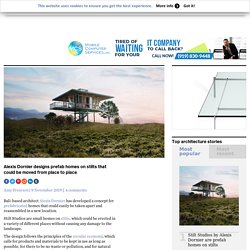 Stilt Studios are small homes on stilts, which could be erected in a variety of different places without causing any damage to the landscape. The design follows the principles of the circular economy, which calls for products and materials to be kept in use as long as possible, for there to be no waste or pollution, and for natural environments to be restored. Dornier came up with the idea as an alternative to the current situation in Bali, where buildings are often constructed and then demolished shortly after, because sites are often let for short time periods.

"The reality here is that we often find leasehold plots with a limited amount of years," explained the German architect, who relocated to Bali in 2013. Four Ways Technology Is Addressing the Housing Affordability Crisis. We’re in the midst of a housing affordability crisis that will worsen if increases in housing supply remain anemic while demand increases as expected. 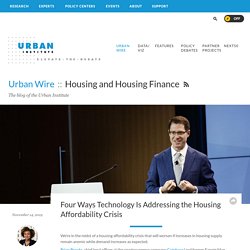 100% Legal Small and Tiny Accessory Dwellings In Seattle: A Look At DADUs. Lake Washington Cottage Living room with vaulted cielings and lots of natural light The kitchen table doubles as a work surface. 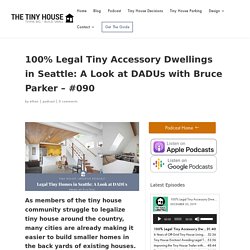 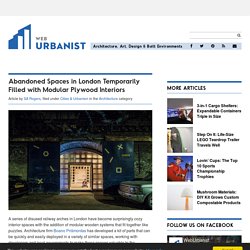 Architecture firm Boano Prišmontas has developed a kit of parts that can be quickly and easily deployed in a variety of similar spaces, working with developers and local governments to make those spaces valuable to the community once more. “The Arches Project” uses dry-joint techniques to infill abandoned “pocket spaces” around the UK, including undercrofts and multi-story car parks as well as the arches beneath railroad lines.