Using Social Media in the Classroom

Using social media in the classroom is a sure fire way to engage students in a new style of learning; one where they are working collaboratively with class mates and classrooms around the world. The English language arts applications are endless. 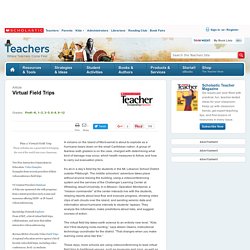 Kelley lecturer schools students on Twitter. Like many teachers, Indiana University Kelley School of Business senior lecturer Brant Moriarity reminds his students to not procrastinate on their K201 homework. 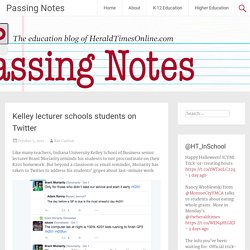 Social media project has Jeffersonville students a-Twitter. Living Geography: Twalter-egos. Following a chat with Tony C and some prompting from Tom Barrett's collaborative Twitter resource, I posted yesterday about creating fictional characters in Twitter that could be used as an educational resource. 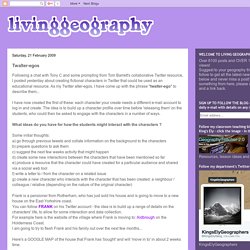 As my Twitter alter-egos, I have come up with the phrase "twalter-ego" to describe them... I have now created the first of these: each character your create needs a different e-mail account to log in and create. The idea is to build up a character profile over time before 'releasing them' on the students, who could then be asked to engage with the characters in a number of ways.

What ideas do you have for how the students might interact with the characters ? Here's a GOOGLE MAP of the house that Frank has 'bought' and will 'move in to' in about 2 weeks time. View Larger Map. The lessons of tweeting; learning from social media - learning world. Carly: A collaborative Twitter story. I have just finished running a Creative Writing workshop as part of the LSE’s Literature Festival 2013. 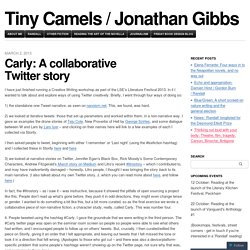 In it I wanted to talk about and explore ways of using Twitter creatively. Briefly, I went through four ways of doing so: 1) the standalone one-Tweet narrative, as seen on nanoism.net. This, we found, was hard. Twitter in the Classroom. There are so many GREAT educators on Twitter and it’s great to connect, learn, and grow from them. 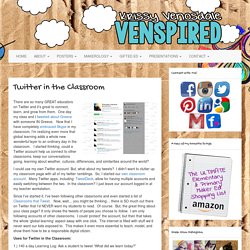 One day my class and I tweeted about Greece with someone IN Greece. Now that I have completely embraced Skype in my classroom, I’m realizing even more that global learning adds a whole new wonderful layer to an ordinary day in the classroom. I started thinking, could a Twitter account help us connect to other classrooms, keep our conversations going, learning about weather, cultures, differences, and similarities around the world? I could use my own Twitter account. But, what about my tweets? Since I’ve started it, I’ve been following other classrooms and even started a list of Classrooms that Tweet. 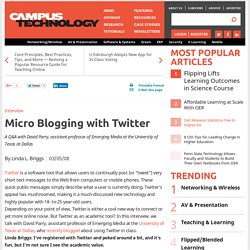 Briggs03/05/08 Twitter is a software tool that allows users to continually post (or "tweet") very short text messages to the Web from computers or mobile phones. What Happened at Obama’s First Twitter Town Hall? The White House convened the first “Twitter Town Hall” in American history on Wednesday, as President Obama answered a battery of short questions posted on Twitter, the buzzy social network, which were culled from thousands of submissions by Americans around the country. 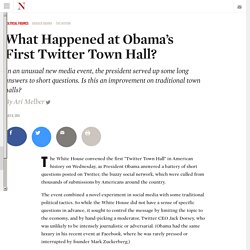 The event combined a novel experiment in social media with some traditional political tactics. So while the White House did not have a sense of specific questions in advance, it sought to control the message by limiting the topic to the economy, and by hand-picking a moderator, Twitter CEO Jack Dorsey, who was unlikely to be intensely journalistic or adversarial. (Obama had the same luxury in his recent event at Facebook, where he was rarely pressed or interrupted by founder Mark Zuckerberg.)

Throughout the event, Dorsey read questions off Twitter, but did not prod or press Obama. Still, Twitter enabled an impressive scale for public participation in the town hall.