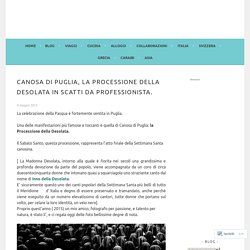 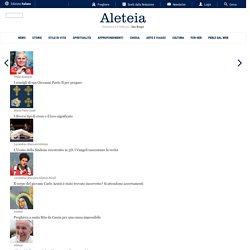 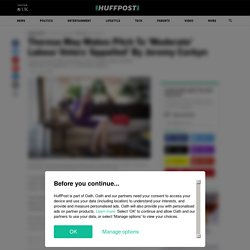 Oath and our partners need your consent to access your device and use your data (including location) to understand your interests, and provide and measure personalised ads. Oath will also provide you with personalised ads on partner products. Learn more. To give you a better overall experience, we want to provide relevant ads that are more useful to you. For example, when you search for a film, we use your search information and location to show the most relevant cinemas near you. Learn more about how Oath collects and uses data and how our partners collect and use data.

Muslim women discuss wearing the veil. Muslim women discuss wearing the veil. Each woman who wears the veil has her own story. Here's mine - BBC Three. Tuareg - The Mysterious Tribe Where Men Wear Veils And Women Lead The Family! With 7.2 billion people living on this planet, bifurcated by countries, religion they follow and the festivals they celebrate, there are several unique things about each religion or caste. 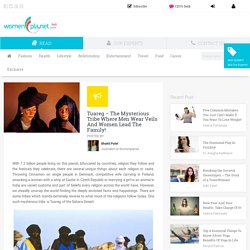 Throwing Cinnamon on single people in Denmark, competitive wife carrying in Finland, smacking a woman with a whip at Easter in Czech Republic or marrying a girl to an animal in India are varied customs and part of beliefs every religion across the world have. White girls reinventing themselves as black women on Instagram has to stop. Instagram influencer Emma Halberg has been accused of altering her looks to appear black. 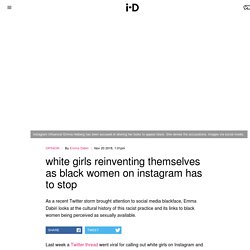 She denies the accusations. Images via social media. Last week a Twitter thread went viral for calling out white girls on Instagram and YouTube, some of them with huge followings, who are seemingly using various methods to transform their faces and bodies so they look “mixed-race” – though some have denied that’s what they’re doing, blaming their change on a propensity to deeply tan. Various media outlets are referring to this as “blackfishing”, but there is another name for it, which more clearly links this practice to its racist past.

While “ni**erfishing” sounds like a sport from the good ole days when AMERICA WAS GREAT, when a picnic wasn’t a picnic without a black body swinging in the southern breeze, it is in fact a phenomenon all our own, from the year of our good lord 2018. Iran : Marjane Satrapi et sa Bridget Jones voilée. Incroyable mais vrai : le régime des mollahs applique avec minutie les mêmes méthodes à Téhéran qu’ailleurs. 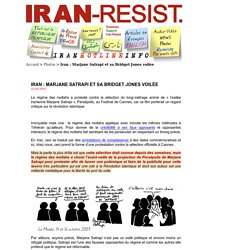 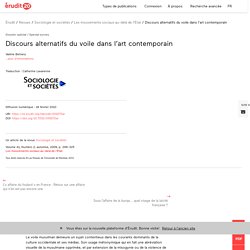 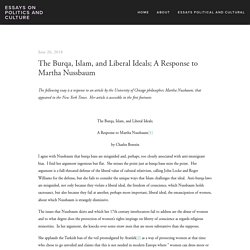 Her article is accessible in the first footnote. The Burqa, Islam, and Liberal Ideals; A Response to Martha Nussbaum[1] by Charles Berezin I agree with Nussbaum that burqa bans are misguided and, perhaps, too closely associated with anti-immigrant bias. Veil england middle ages - Google 検索. English Historical Fiction Authors: Women of the Middle Ages: Wimples, Veils, and Head-rails -Part I. By Paula Lofting To Wear or not to wear a wimple Mention women in the early middle ages and one often thinks of women wearing long silken head-rails with long braids, ribbons intertwined, but mention the dark ages, and it conjures up women with free-flowing locks that fly like banners behind them as they ride their chariots, pulled by wild, dark age ponies. 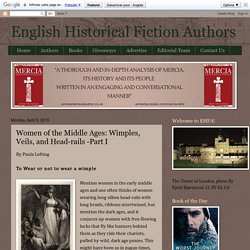 This might have been so in pagan times, but even then, women would have worn some sort of head covering, especially for practical uses, like when working. These were times when long hair, if not contained, might cause life or death situations, like having your hair catch aflame when leaning over the cooking pot. I can imagine as it is now, finding long strands of hair in your stew would not have been very appealing. English Historical Fiction Authors: Women of the Middle Ages: Wimples, Veils, and Head-rails - Part ll. By Paula Lofting From the advent of the conversion to Christianity, it is generally accepted that women in Europe were following the convention of covering the whole of the hair. 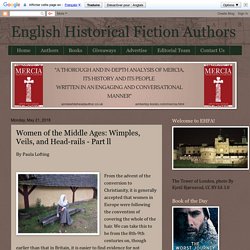 The Veil in the Middle Ages – Yvonne Seale. Since when was the hijab a feminist statement? UCL Single Sign-on. France's niqab ban violates human rights by leaving Muslim women 'confined at home', UN panel rules. Sharia Law Memes – Dankest Timeline. Linda Sarsour, the leader of the Women’s March that swept the world on January 21, 2017, to protest Trump’s presidency, is a supporter of Sharia law. Here are women at the Women’s March in Berlin screaming “Allah Akbar”, about 25 seconds in: Dank memes follow, pointing out the stupidity of Western women who protest in support of Sharia law: Like this:

I wear a headscarf and I don't need to be saved from anything — except white feminism. For the longest time growing up, I eschewed the word “feminism”. Ofsted accused of racism over hijab questioning in primary schools. Ofsted’s recommendation for inspectors to question Muslim primary school girls if they are wearing a hijab has been condemned as “kneejerk, discriminatory and institutionally racist” by more than 1,000 teachers, academics and faith leaders. The schools inspectorate announced this month that the policy was designed to tackle situations in which wearing a hijab “could be interpreted as sexualisation” of girls as young as four or five, when most Islamic teaching requires headdress for girls only at the onset of puberty.

But the move has been criticised as a “dangerous” decision that risked “reinforcing an anti-Muslim political culture in which Islamophobia or anti-Muslim racism has been institutionalised in schools and across the public sector”. This trend of young Muslim girls wearing the hijab is disturbing. Anyone walking on the streets of Egypt will notice a phenomenon that wasn't so evident only a year ago: the increasing numbers of little girls (and by "little", I mean as young as eight years old in some cases) wearing headscarves and abayas.

While this sight was previously confined to third-class trains and rural areas, it has now become increasingly common in cities and among well-to-do families. In general, the age at which Muslim girls in Egypt begin to wear the scarf has dropped. Back when I was in high school, very few female students wore headscarves. Today, my younger brother (who is 15) tells me that almost all the girls in his middle school wear a scarf. It hasn't stopped there either, having caught on in primary schools. The very sight of a little girl in a scarf is both disturbing and confusing. Femmes voilées moyen age. The wind in my hair: one woman’s struggle against the hijab. Masih Alinejad unties her hair, and a sea of corkscrew curls cascades down her shoulders. It looks amazing, but the significance of Masih’s hair isn’t looks – it’s politics.

Boris Johnson's burka jibe: Why do some Muslim women wear the veil? British schools where girls must wear the Islamic veil. Ed Husain, co-director of Quilliam, the counter-extremist think-tank, said: "It is absurd that schools are enforcing this outdated ritual – one that which sends out a damaging message that Muslims do not want to fully partake in British society. What Does Modest Fashion Mean? A Muslim, an Orthodox Jew and a religious Christian walked into a room, but it wasn’t a bar and this was no joke. On the contrary, representatives from each of the Abrahamic religions had gathered during fashion month at New York University for the Meeting Through Modesty fashion symposium to discuss something they take very seriously: modest style.

A generous smattering of hijabs, skullcaps and discreet wigs were spread throughout the room, along with Proenza Schouler skirts and Rachel Comey shoes. “There’s a general misconception that modest clothing is inherently oppressive,” said Michelle Honig, the keynote speaker and an Orthodox Jewish fashion journalist. “But if women in so-called ‘liberated countries’ still choose to cover their bodies, then they have made a choice. They have agency.” Why Millennial Catholics Are Re-Adopting the Traditional Chapel Veil.

When former "America's Next Top Model" contestant Leah Darrow first encountered young women in her Catholic community putting lace veils on their heads when entering church, she was a little weirded out. Having returned to the faith after a mystical experience on a magazine photo shoot convinced her to leave modeling behind, Darrow was serious about Catholicism — but wary of a practice she considered outdated at best. "I was like, 'Is somebody making you do this? Voile intégral : par où en sortir ?, par Caroline Fourest. Le port du foulard sur les cartes d'identité autorisé par Bernadette Chirac. Sans titre. Erdoğan’ın kaç torunu var? Moi, fille d’immigrés, pour l’égalité et la laïcité.