Alex attends Indiana University’s Kelley School of Business to obtain a marketing degree for a future in event management or promotions. Writing gives Alex a creative as well as practical outlet to share his passionate feelings for music. 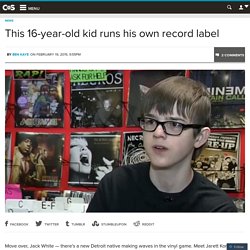 Meet Jarett Koral, who at the age of 14 founded Jett Plastic Recordings, and in the two years since has pressed records for 12 different bands. Koral’s uncle owns Melodies and Memories in Detroit’s East Point district, so he’s always been around records. In mid-2012, he got to talking with Greg Beyer, frontman of local indie outfit After Dark Amusement Park. Beyer “was putting out a full-length record at the time, and he was looking for another label to put out the 7-inch.

I said, ‘Okay, I’ll do it,’ without really telling anybody,” Koral said in an interview with WBTV 4 News. The plucky young entrepreneur sold some of his own collection to fund the first pressing, “since pressing is around $2,000.” He uses two different vinyl facilities to meet the needs of his label, which include creating a red decoder vinyl (like the game Outburst) that reveal song lyrics when held over the sleeve. 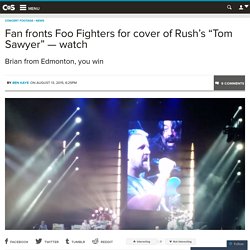 At a Canadian show in Edmonton, AB last night, Dave Grohl asked the crowd if anyone knew the lyrics to the classic prog-rock track… and could actually sing them. One brave soul named Brian raised his hand, and was actually brought onstage to front Foo Fighters for one epic cover. New Star Wars: The Force Awakens images and plot details revealed. Star Wars: The Force Awakens is the cover story of this week’s Entertainment Weekly, and the article brings with it some new images and plot details. 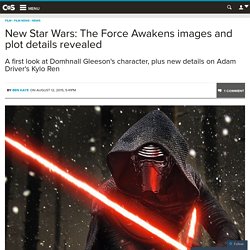 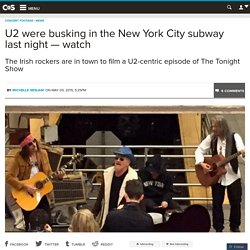 Now, the band’s making up for that lost time with a U2-centric episode of The Tonight Show set to air on Friday. Since the show won’t be filming on Friday, Bono & co. have been taping various segments throughout New York City the last few days. R.I.P. Betsy Palmer, the original Friday the 13th killer, dies at 88. Betsy Palmer, the character actress most known for her role as Pamela Voorhees in the original Friday the 13th movie, passed away Friday, May 29th at the age of 88. 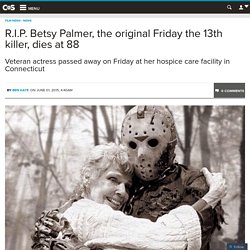 She died of natural causes at a hospice care center in Connecticut. Her passing was confirmed to the Associated Press by her long-time manager, Brad Lemack. Playing the mother of Jason Voorhees, Palmer was the original killer in Friday the 13th. She appeared in flashback scenes for Friday the 13th Part 2, but left the machete in the hands of the iconic hockey masked murderer. 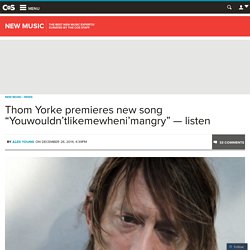 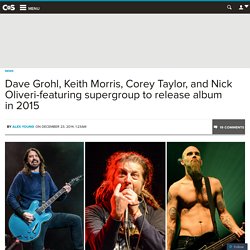 Top 50 Albums of 2014. Every year has its share of tragedies and darkness, but 2014 has felt particularly tough. 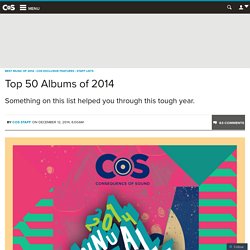 On global, national, and community levels, death, devastation, and darkness have plagued the nightly news in a particularly frustrating and seemingly senseless way. Perhaps that feeling is amplified by the omnipresence of technology that has made each and every pain felt by a larger audience and then replayed on an endless loop. It could also be that this has been an especially broken year, a theory supported by the fact that so many of 2014’s best albums are fueled by artists facing harrowing struggles.

The year in music took on issues both massive and personal, whether it’s hip-hop tackling the dangers of gangs and drugs, punk singers fighting against forced identities, or singer-songwriters dealing with the strife of heartbreak and death. These rock bands have the biggest vocabularies. Over the summer, we wrote about data analyst Matt Daniels’ scientifically deduced research in discovering which rapper has the largest vocabulary. 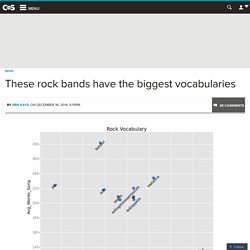 Someone actually found the vinyl records Jack White hid inside furniture. Before reaching worldwide fame with The White Stripes, Jack White worked as an upholsterer in Detroit. 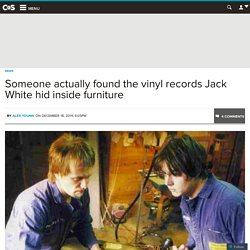 He was mentored by friend Brian Muldoon, who himself was a musician, and years later, the pair reconvened for a short-lived band called The Upholsterers and recorded two singles together. The first, “Apple of My Eye”, was released by the imprint Sympathy for the Record Industry in 2000. The second, meanwhile, was hidden inside reupholstered furniture. Modest Mouse announce Strangers to Ourselves, the band’s first new album in eight years. How to Dress Well releases previously unheard track “Tomb For Anatole” — listen. British label LuckyMe has unwrapped an early Christmas present as part of their yearly advent calendar. It’s not the cheeriest of gifts, but the unreleased track from How to Dress Well is still a pretty little thing.

“Tomb for Anatole” was picked up off the cutting room floor during the recording sessions for 2012’s Total Loss. As such, the song is heavy with the heartbreak heard on many of the album’s final tracks. Stream: Charli XCX’s new album Sucker. Charli XCX will release her sophomore album, Sucker, on December 16th via Asylum/Atlantic/Neon Gold.

In anticipation, the album is streaming in full at iTunes Radio. The follow-up to 2013’s True Romance finds the UK pop singer collaborating with an eclectic group of producers and writers, including Weezer frontman Rivers Cuomo (who co-wrote album track “Hanging Around”) and Vampire Weekend’s Rostam Batmanglij (who wrote and produced “Need Ur Love”). Additional collaborators include Ariel Rechtshaid, Steve Mac (Shakira, One Direction), and Greg Kurstin (Lily Allen). Charli previously said the 13-track effort has “a very shouty, girl-power, girl-gang, Bow Wow Wow” vibe. Comedian of the Year: Cameron Esposito. Artwork by Cap Blackard. (Buy Prints + More!) 2014 has been a sobering year for comedy.

While the interconnected world of sketch, improv, and standup has never been a stranger to darkness, whether it be in the scathing jabs and observations upon which many a comic great has made their bread and butter, or in the devastating diseases of addiction and depression that have burned out so many of our brightest stars before their time (Chris Farley, John Belushi, Freddie Prinze, Mitch Hedberg, and many more not-so-famous names). However, a distinct shift has occurred, and it has not been ignored. Foo Fighters premiere new songs “Outside” and “What Did I Do?/God As My Witness” — listen. Foo Fighters are less than a week away from the release of their eighth studio album, Sonic Highways. In anticipation, the band has previewed the first three tracks: “Something From Nothing”, “The Feast and the Famine”, and “Congregation”.

Today, during an in-studio session for BBC Radio 1, they debuted a fourth track in “Outside”. Elephant Micah shares new song “Slow Time Vultures” – listen. Photo by Kevin O’Connell When he’s not working as a folklorist, documenting Indiana’s midwestern culture, Joseph O’Connell has been quietly making pastoral and minimal folk music as Elephant Micah. He’s been performing under the moniker for the past 14 years, releasing a handful of albums including 2012’s Louder Than Thou , usually through micro-labels and burned CDs.

Moon Duo announce new album, Shadow of the Sun, share “Animal” Moon Duo, the side project of Wooden Shjips guitarist Ripley Johnson and musician Sanae Yamada, specialize in droning psychedelic rock. Their latest release comes in the form of Shadows of the Sun, due out March 3rd via Sacred Bones Records. Serving as follow-up to their 2012 album Circles, the nine-track effort features the addition of drummer John Jeffrey (which effectively makes the band a Moon Trio, if you will). In a statement, the band explained that the album is the “result of months of wrangling with a profound feeling of being unsettled — there are off-kilter dance rhythms, repetitive, grinding riffs, cosmic trucker boogies and even an ecstatically pretty moment.”

Top Live Acts of 2014. If you scroll down to the very bottom of the page and click on “About Us,” you’ll find a mission statement we take seriously: “Consequence of Sound is the missing link between mainstream pop culture and the underground.” Year after year, we get better at putting that idea into action. Download ASAP Ferg’s new mixtape Ferg Forever.

In layman’s terms, Rudd is accused of attempting to a hire a hitman. Stevie Nicks delivers a solid gold performance on Fallon — watch. When last Stevie Nicks met Jimmy Fallon, the latter was wearing a blonde wig and playing the part of Tom Petty for a performance of “Stop Draggin’ My Heart Around”. Last night, Nicks returned to The Tonight Show, this time in support of recent archival release 24 Karat Gold: Songs From The Vault. Pink Floyd criticize U2 for “devaluing” music. Foo Fighters premiere new song “Congregation” — listen. The Dead Weather premiere new song “Buzzkill(er)” — listen. Did Kendrick Lamar just reignite his feud with Drake on “Pay For It”? Daniel Radcliffe proves he’s an incredible rapper with mind-numbing performance of “Alphabet Aerobics” — watch. Smart people listen to Radiohead and dumb people listen to Beyoncé, according to study. Kanye West goes retro on Theophilus London’s “Can’t Stop” — listen.