A Different Kind of Workflow: Three Reasons to Traditionally Notate Your Game Music in Sibelius - Designing Music NOW. The Case Against Reality. As we go about our daily lives, we tend to assume that our perceptions — sights, sounds, textures, tastes — are an accurate portrayal of the real world. 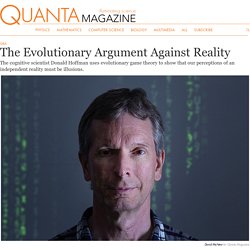 Sure, when we stop and think about it — or when we find ourselves fooled by a perceptual illusion — we realize with a jolt that what we perceive is never the world directly, but rather our brain’s best guess at what that world is like, a kind of internal simulation of an external reality. Still, we bank on the fact that our simulation is a reasonably decent one. If it wasn’t, wouldn’t evolution have weeded us out by now?

The true reality might be forever beyond our reach, but surely our senses give us at least an inkling of what it’s really like. Not so, says Donald D. Art Conductor Script for Logic Pro - Babylonwaves - Logic Pro MIDI Scripts for composers. Be Wary Software - Products - TransMIDIfier. TransMIDIfier provides convenient MIDI routing and virtual instrument patch switching and customization for the working musician. 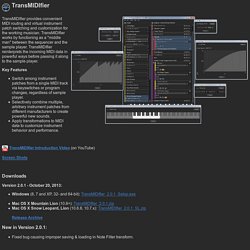 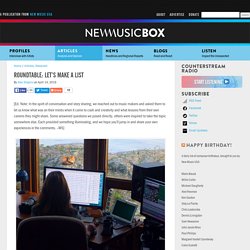 Note: In the spirit of conversation and story sharing, we reached out to music makers and asked them to let us know what was on their minds when it came to cash and creativity and what lessons from their own careers they might share. Some answered questions we posed directly, others were inspired to take the topic somewhere else. Each provided something illuminating, and we hope you’ll jump in and share your own experiences in the comments. –MS] Alex Shapiro Okay, fellow note aligners: let’s talk about the nitty and the gritty when it comes to creating income from the music we compose. I’ll begin with this important, tone-setting manifesto: Our worth as composers is meaningful, whether or not our music generates income. Too often when reading frank discussions about money, some composers who either by choice or circumstance do not garner much revenue from their music are left feeling as though their pieces don’t really…count. 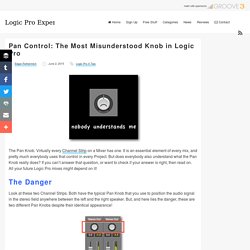 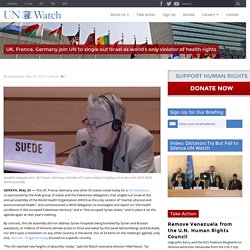 By contrast, the UN assembly did not address Syrian hospitals being bombed by Syrian and Russian warplanes, or millions of Yemenis denied access to food and water by the Saudi-led bombings and blockade, nor did it pass a resolution on any other country in the world. Palestinian and Syrian Submissions Iran and Syria Take the Floor. Cracked.com. Exploring the Secrets of Soothing Spaceship Sound. You can almost hear the ship just looking at it. 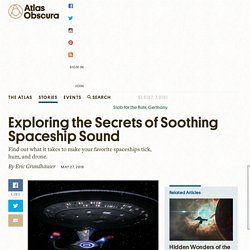 (Photo: Property of Paramount Pictures/Screencap by Eric Grundhauser) You would think, with the decades of Star Trek film, movies, books, websites, conventions and holidays, there'd be nothing new for a fan to discover in the series. Professor raised under communism explains academics' love of socialism – and why they're wrong. The difference between ideas and facts is lost on leftist scholars Today Professor Florin Curta is a professor in medieval history and archaeology at the University of Florida, but his road to the sunny vistas of north-central Florida came by way of communist-controlled Romania, where growing up he grappled with empty grocery stores, power outages, and an oppressive government that discouraged creativity and free enterprise. 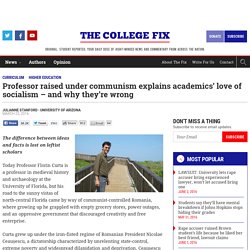 Student protesters disrupt pro-Israel event - exit paths blocked, people 'feared for their safety' A pro-Israel movie screening at UC Irvine on Wednesday night prompted a massive protest by Students for Justice in Palestine, who blocked the exit paths, chanted “Long live the intifada,” and prompted attendees to fear for their safety and call campus police for assistance. 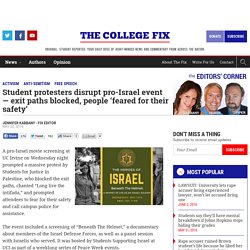 The event included a screening of “Beneath The Helmet,” a documentary about members of the Israel Defense Forces, as well as a panel session with Israelis who served. It was hosted by Students Supporting Israel at UCI as part of a weeklong series of Peace Week events. The Psychology of Jews Who Embrace Their Enemies - Op-Eds - Arutz Sheva. “A number of Jews and Israelis embrace criticism coming from anti-Semites and extreme anti-Israelis. 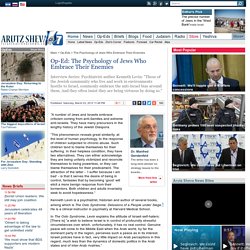 They have many precursors in the lengthy history of the Jewish Diaspora.