Yeduguri Sandinti Jaganmohan Reddy (born 21 December 1972) is an Indian politician serving as the 17th and current Chief Minister of Andhra Pradesh since ...

YSR Kapu Nestham Scheme for Financial Assistance to Women. In the female population, elderly women have to face financial problems as many of them are unable to earn a living easily. 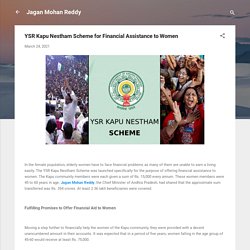 The YSR Kapu Nestham Scheme was launched specifically for the purpose of offering financial assistance to women. The Kapu community members were each given a sum of Rs. 15,000 every annum. These women members were 45 to 60 years in age. Jagan Mohan Reddy, the Chief Minister of Andhra Pradesh, had shared that the approximate sum transferred was Rs. 354 crores.

At least 2.36 lakh beneficiaries were covered. Andhra Pradesh CM Believes APCOS to be Useful for Employee Recruitment. Andhra Leading the Way to Implement Pradhan Mantri Awas Yojana Urban. On Friday, it was shared by Y.S. 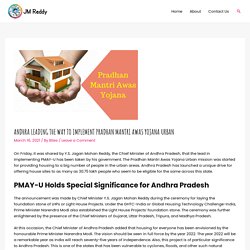 Amma Vodi’s Second Edition to Come Soon Says Jagan Mohan Reddy. Amma Vodi is among those schemes that aim to do good in the country. 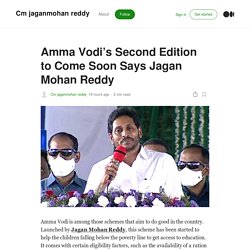 Launched by Jagan Mohan Reddy, this scheme has been started to help the children falling below the poverty line to get access to education. It comes with certain eligibility factors, such as the availability of a ration card. Empowering Rural Women to Take up Entrepreneurship. Jagan Mohan Reddy: Staying Calm is Essential in Coronavirus Situation. Some months ago, the rising number of coronavirus cases in Andhra Pradesh had been creating stress and fear among people. 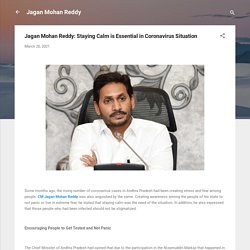 CM Jagan Mohan Reddy was also anguished by the same. Creating awareness among the people of his state to not panic or live in extreme fear, he stated that staying calm was the need of the situation. In addition, he also expressed that those people who had been infected should not be stigmatized. Web Content - Jagan Mohan Reddy - CM jagan Mohan Reddy Fan Site. Born in 1972, Yeduguri Sandinti Jagan Mohan Reddy has been recognized as an aspiring Indian politician. 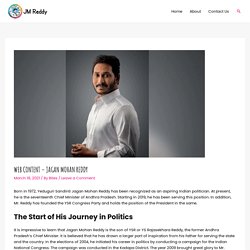 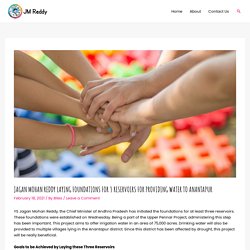 These foundations were established on Wednesday. Being a part of the Upper Pennar Project, administering this step has been important. This project aims to offer irrigation water in an area of 75,000 acres. APPSC Recruitment Tests to Go Digital via Tablets. For the aspirants of government jobs in Andhra Pradesh, an interesting piece of news suggests that the recruitment tests for APPSC will be digitally conducted. 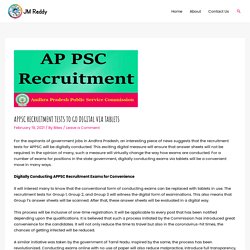 This exciting digital measure will ensure that answer sheets will not be required. In the opinion of many, such a measure will virtually change the way how exams are conducted. For a number of exams for positions in the state government, digitally conducting exams via tablets will be a convenient move in many ways.

Digitally Conducting APPSC Recruitment Exams for Convenience It will interest many to know that the conventional form of conducting exams can be replaced with tablets in use. This process will be inclusive of one-time registration. Special Officers' Term in Andhra Local Bodies Extended by Jagan Mohan Reddy's Government. The existing term of the special officers in the zilla parishads, as well as mandal parishads, arrives at a halt on Sunday and Monday. 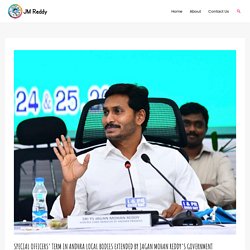 Now, this term of the special officers will continue till the third and fourth of July or till the time the local body elections will be held. Based on which is earlier, this term will continue. On Friday, the government of Andhra Pradesh increased the terms of the special officers belonging to the local bodies. This term has been increased by at least six months. This has been based on two individual orders with respect to the same. Special Officers' Term in Andhra Local Bodies Extended by Jagan Mohan Reddy's Government. Andhra Leading the Way to Implement Pradhan Mantri Awas Yojana Urban. Amma Vodi's Second Edition to Come Soon Says Jagan Mohan Reddy. Amma Vodi is among those schemes that aim to do good in the country. 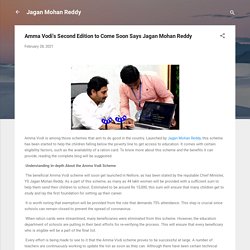 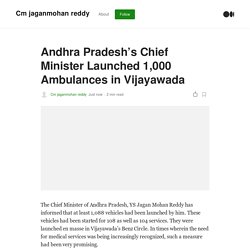 These vehicles had been started for 108 as well as 104 services. They were launched en masse in Vijayawada’s Benz Circle. In times wherein the need for medical services was being increasingly recognized, such a measure had been very promising. Andhra Pradesh Chief Minister YS Jagan Mohan Reddy Launches Rs 17,000 Crore Scheme To Empower Women. The government would provide marketing and technical assistance to women (File) Amravati: Aimed at promoting entrepreneurship among women, Andhra Pradesh Chief Minister YS Jagan Mohan Reddy launched a new ₹ 17,000 crore scheme -- "YSR Cheyuta" -- on Wednesday. As per a press release issued by the Chief Minister's Office (CMO), the "YSR Cheyuta" scheme aims to "give freedom" to "eligible women" to use the amount deposited in their unencumbered accounts for any purpose of their choice.

"The government would provide marketing and technical assistance to women and the banks would provide loans," the statement said, adding that the state government had recently signed MoUs with industries like Proctor and Gamble, Anand Milk Union Limited (AMUL), Hindustan Unilevel Limited (HUL) and India Tobacco Limited (ITC) to strengthen the rural economy where the scheme beneficiaries could be stakeholders. "Annual amount received by women eligible for pension is ₹ 27,000 at the rate of ₹ 2,250 per month. Committed to empowering women, says Jagan. Chief Minister Y..S Jagan Mohan Reddy has said that the outstanding loans of women in the Self-Help Groups (SHG) will be directly credited into their accounts in four phases under the ‘YSR Aasara’ scheme.

Under the scheme, 87.74 lakh women belonging to 8.71 lakh SHGs will be benefited. The outstanding loan of ₹27,168.83 crore of all the SHGs will be reimbursed and credited to their accounts in four phases. The first instalment of ₹6,792.20 crore was released by the government and credited to the accounts of the SHGs on Friday. Andhra Pradesh CM Jagan Mohan Reddy releases Rs 1,115 crore for Rythu Bharosa- The New Indian Express. By Express News Service VIJAYAWADA: Chief F Minister YS Jagan Mohan Reddy on Tuesday released Rs 1,115 crore as the second installment of YSR Rythu Bharosa - PM Kisan Scheme.

The sum was directly credited into the unencumbered accounts of 50.47 lakh farmers, including tribal beneficiaries who got ROFR Pattas. ALSO READ | Rythu Bharosa Kendras to procure produce directly from farmers now With the click of a button, the Chief Minister also credited Rs 135.73 crore input subsidy into the bank accounts of 1.66 lakh farmers, who suffered crop loss due to heavy rains and floods during June and September. Set up high-end IT skill varsity in Vizag: Andhra CM Jagan Mohan Reddy- The New Indian Express. By Express News Service VIJAYAWADA: Chief Minister YS Jagan Mohan Reddy has directed officials to set up a high-end IT Skill University in Visakhapatnam and introduce training on artificial intelligence, robotics and other modern courses with job orientation.

Reviewing the IT policy in his camp office at Tadepalli near here on Tuesday, the Chief Minister told the officials to tie up with Indian and foreign companies for training students to develop their skills and prepare the required human resources to suit the requirements of IT companies.At least 2,000 students should be trained a year at the University in Visakhapatnam and the certificates of training programmes should get international recognition, he suggested. Andhra CM Jagan Mohan Reddy launches interest-free crop loan scheme- The New Indian Express.