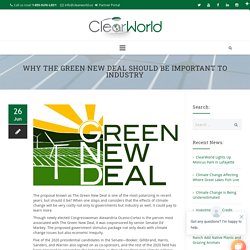 When one stops and considers that the effects of climate change will be very costly not only to governments but industry as well, it could pay to learn more. Though newly elected Congresswoman Alexandria Ocasio-Cortez is the person most associated with The Green New Deal, it was cosponsored by senior Senator Ed Markey. The proposed government stimulus package not only deals with climate change issues but also economic inequity. Five of the 2020 presidential candidates in the Senate—Booker, Gillibrand, Harris, Sanders, and Warren also signed on as co-sponsors, and the rest of the 2020 field has been required to respond to the legislation as they shape their own climate policies. Some politicians, especially those that identify as “far right”, had knee-jerk reactions to the proposal without really thinking it through.

Climate Change Affects Crops In Previously Unknown Ways. Recent government-funded studies have discovered climate change causes some previously unknown issues that can have serious implications for human beings, including the following: Rice loses vitamins in a carbon rich environmentReduction in quality of grasses important for raising cattleExacerbation of allergy seasons To say that these are important discoveries cannot be overstated, the study on rice alone could be a serious potential healthy concern to over 600 million people globally whose diet relies upon rice. 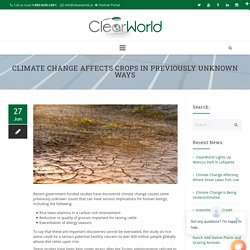 These studies have been kept under wraps after the Trump administration refused to promote them in defiance of a tradition of publicizing studies by the in-house scientists at the Department of Agriculture. All of these studies were peer-reviewed by scientists and cleared through the non-partisan Agricultural Research Service, one of the world’s leading sources of scientific information for farmers and consumers. Solar Projects at Silicon Ranch Add Native Plants and Grazing Animals. Solar projects by the Silicon Ranch Corporation now combine clean electric power generation with ecosystem restoration, carbon reduction, and rural economic revitalization thanks to “Regenerative Energy.”

The mission statement of Regenerative Energy™, in addition to the above states “Regenerative Energy™ projects are built and operated in alignment with natural systems and approach solar farming holistically. A transformative new standard of excellence for the solar industry, Regenerative Energy™ aims to improve the way the solar industry manages land by normalizing regenerative agriculture practices on solar farm sites.” Silicon Ranch has joined together with well-known local eco-friendly ranchers and farmers to develop and deploy holistic and sustainable land use methods across the nation. Diverse native vegetation, grazing animals, and a pollination habitat to encourage healthy bee population increase biodiversity and create healthy ecosystems. Climate Change Affecting Where Great Lakes Fish Live. As climate change warms water temperatures in the Great Lakes it is causing population shifts that can already be seen in both cold water and warm water fish populations, even in inland lakes. 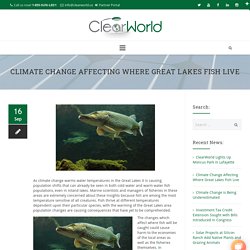 Marine scientists and managers of fisheries in these areas are extremely concerned about these insights because fish are among the most temperature sensitive of all creatures. Fish thrive at different temperatures dependent upon their particular species, with the warming of the Great Lakes area population changes are causing consequences that have yet to be comprehended. The changes which affect where fish will be caught could cause harm to the economies of the local areas as well as the fisheries themselves. In Michigan alone over one million anglers bring in well over $2 billion in revenue to the economy of the state every year in a variety of industries including: fishing gear and apparel, accommodations, fishing guides, meals and much more.

“It’s most likely water temperature. SOLAR LED LIGHTS: IMPORTANCE AND BENEFITS - Clear World LLC. One of the most cost-effective innovations with regard to lighting and energy-saving device is the use of Solar Led Lights or Solar Lamps. 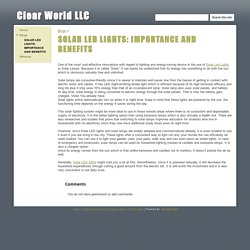 Because it is called “Solar,” it can easily be understood that its energy has something to do with the sun which is obviously naturally free and unlimited. Solar lamps are consumer-friendly since it is easier to maintain and saves one from the hassle of getting in contact with electric wires and cables. It has LED (light-emitting diode) light which is efficient because of its high luminous efficacy and long life plus it only uses 10% energy than that of an incandescent lamp. 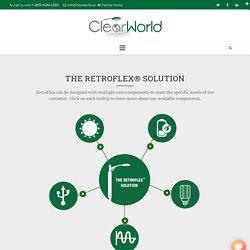 Its retro-fit design allows both functioning and non-functioning outdoor light poles to replace or supplement the conventional power supply from the grid. RETROFLEX® light poles harness solar energy and provide outdoor lighting that preserves resources, requires no moving parts, and is virtually maintenance free. While other companies will require that a new pole be installed, ClearWorld uses the existing pole, passing the savings along to its clients. In addition to lower costs in labor and installation, ClearWorld is helping to save the environment. Reuse of poles means less deforestation and less waste in landfills. The RetroFlex® unit supports wireless monitoring for faults as well as wireless programming including dimming capabilities. Solar Lighting System.