In/different Spaces: Place and Memory in Visual Culture - Victor Burgin. Recent discussions about the culture of images have focused on issues of identity--sexual, racial, national--and the boundaries that define subjectivity. 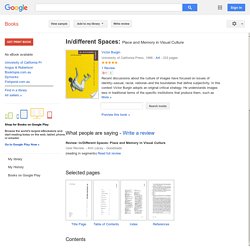 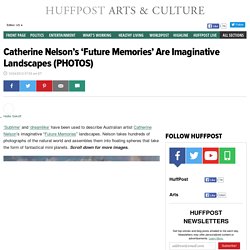 Nelson takes hundreds of photographs of the natural world and assembles them into floating spheres that take the form of fantastical mini planets. Scroll down for more images. Nelson has described her work as open to interpretation: “I personally see my work as painting rather than photography and I refer to the tradition of landscape painting: I believe that I am painting after the images taken by my camera.” The worlds she creates are ethereal and mysterious, sometimes evoking an ominous feeling. In her “Future Memories,” as well as her other works, we are confronted with the natural world and all its raw beauty, sans human life. 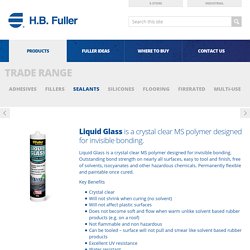 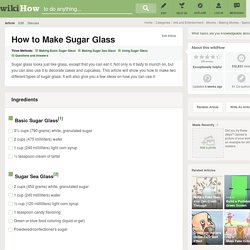 The baking sheet needs to have raised sides, or the melted sugar will slide off. If you don't have cooking spray, wrap the inside of the sheet with tin foil or parchment paper. <img alt="Image titled Make Sugar Glass Step 6" src=" width="728" height="410" class="whcdn"> Sugar Glass Step 6 Version 3.360p.mp48Remove the hardened candy from the baking sheet. Method 2 Making Sugar Sea Glass. Seaton Glass. Seaton Glass leadlighter has been working in the field of stained glass for over 30 years and with our company for 15 years. 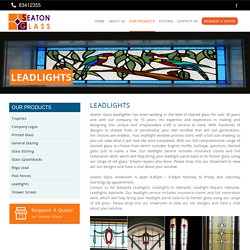 His expertise and experience in making and designing this unique and irreplaceable craft is second to none. With hundreds of designs to choose from, or personalise your own window that will last generations, the choices are endless. Your leadlight window process starts with a full size drawing so you can view what it will look like once completed. With our full comprehensive range of stained glass to choose from which includes English muffle, bullseye, spectrum, flashed glass just to name a few. Katglass. Adelaide Leadlight Centre. Stained Glass Association of America. Introduction There are many good reasons for the student to study the history of stained glass; first, to truly excel, the student should be aware of the romance of the medium. 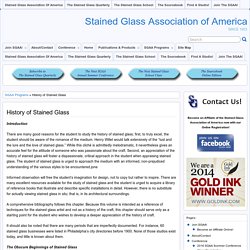 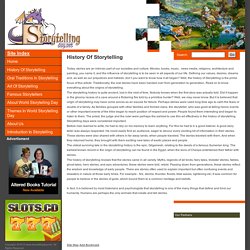 Movies, books, music, news media, religions, architecture and painting, you name it, and the influence of storytelling is to be seen in all aspects of our life. Defining our values, desires, dreams and, as well as our prejudices and hatreds, don’t you want to know how it all began? Well, the history of Storytelling is the prime focus of this article. Traditionally, the oral stories have been handed over from generation to generation. The storytelling history is quite ancient, lost in the mist of time. Before man learned to write, he had to rely on his memory to learn anything. Features » The Art of Storytelling. Alfredo Jaar, Marx Lounge, 2010, site-specific installation with 1500 books all related to Marxist theory. 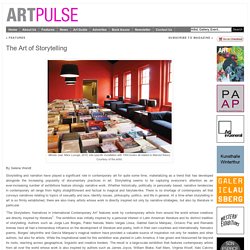 Courtesy of the artist. By Selene Wendt Storytelling and narration have played a significant role in contemporary art for quite some time, materializing as a trend that has developed alongside the increasing popularity of documentary practices in art. Storytelling seems to be capturing everyone’s attention as an ever-increasing number of exhibitions feature strongly narrative work. Mathu andersen. What Is The Nature Of Reality? Question of the Month The following readers’ answers to this central philosophical question each win a random book. 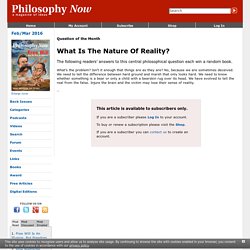 What’s the problem? Reality vs imagination. The Difference Between Imagination & Reality. Male gaze female gaze - Google Scholar. MirrorMask. MirrorMask is a 2005 fantasy film designed and directed by Dave McKean and written by Neil Gaiman from a story they developed together, starring Stephanie Leonidas, Jason Barry, Rob Brydon, and Gina McKee. 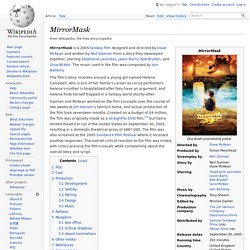 The music used in the film was composed by Iain Ballamy. The film's story revolves around a young girl named Helena Campbell, who is sick of her family's career as circus performers. Helena's mother is hospitalized after they have an argument, and Helena finds herself trapped in a fantasy world shortly after. Gaiman and McKean worked on the film concepts over the course of two weeks at Jim Henson's family's home, and actual production of the film took seventeen months. Created on a budget of $4 million, the film was originally made as a straight-to-DVD film,[1] but had a limited theatrical run in the United States on September 30, 2005, resulting in a domestic theatrical gross of $867,000. Plot[edit] Cast[edit] Production[edit] Development[edit] Setting[edit] Writing[edit]

Escapism. Perceptions[edit] Entire industries have sprung up to foster a growing tendency of people to remove themselves from the rigors of daily life – especially into the digital world.[3] Many activities that are normal parts of a healthy existence (e.g., eating, sleeping, exercise, sexual activity) can also become avenues of escapism when taken to extremes or out of proper context; and as a result the word "escapism" often carries a negative connotation, suggesting that escapists are unhappy, with an inability or unwillingness to connect meaningfully with the world and to take necessary action.[4] Indeed, the OED defined escapism as "The tendency to seek, or the practice of seeking, distraction from what normally has to be endured".[5] However, many challenge the idea that escapism is fundamentally and exclusively negative. How to Snap Back to Reality when "Escapism" Becomes “Avoidance”

All types of social isolation can include staying home for lengthy periods of time, having no communication with family, acquaintances or friends, and/or willfully avoiding any contact with other humans when those opportunities do arise. Effects[edit] Isolation (psychology) This article is about a psychological defense mechanism. For lack of social contact, see Social isolation. Isolation (German: Isolierung) is a defence mechanism in psychoanalytic theory first proposed by Sigmund Freud. While related to repression the concept distinguishes itself in several ways. It is characterized as a mental process involving the creation of a gap between an unpleasant or threatening cognition, and other thoughts and feelings. By minimizing associative connections with other thoughts, the threatening cognition is remembered less often and is less likely to affect self-esteem or the self concept.[1] Freud illustrated the concept with the example of a person beginning a train of thought and then pausing for a moment before continuing to a different subject.

A wide range of studies supports the conclusion that people defend themselves against threats by mentally isolating them. . ^ Jump up to: a b c d e f g h i Baumeister, Roy F.; Karen Dale; Kristin L. Hikikomori. Quotes About Isolation (255 quotes)