Los Carpinteros. The 10 Most Memorable Artist Collaborations. For her contribution to the Manchester International Festival, Tracey Emin has announced plans for a collaboration with Louise Bourgeois, who she describes as her “hero” in a recent Guardian op-ed. 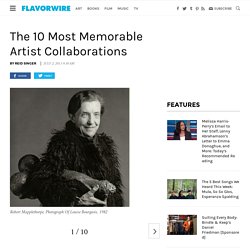 To get past the hurdle of Bourgeois no longer being alive, Emin will employ a close reading of Hans Ulrich Obrist’s 2004 tome Do It, in which 165 venerated artists provided instructions on how to reproduce their work. Even though the results will fit the definition of collaboration narrowly — a far cry from the genuine two-woman jobs that Hauser & Wirth exhibited in 2011 — the idea of seeing both minds at work is intriguing, and, given the tone of Emin’s op-ed, pretty damn poignant. [Image via ClaireBarliant.com] Anyone who has seen the box office revenue of the Expendables franchise knows the powerful draw of the supergroup. AES+F Group. Christo and Jeanne-Claude. Claes Oldenburg & Coosje van Bruggen. Jeff Koons. Favela Painting. The Propeller Group. Beehive Design Collective. Richard lewer and tony garifalakis. BC Institute. Directors « Flatline. Todd Fuller Todd Fuller is a 25 year old graduate of Sydney’s National Art School. 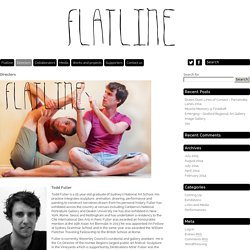 His practice integrates sculpture, animation, drawing, performance and painting to construct narratives drawn from his personal history. Fuller has exhibited across the country at venues including Canberra’s National Portraiture Gallery and Deakin University. He has also exhibited in New York, Rome, Seoul and Nottingham and has undertaken a residency to the Cité International Des Arts in Paris. Fuller was awarded an honourable mention at the 15th Asian Art Biennale. Fuller is currently Waverley Council’s curatorial and gallery assistant. Carl Sciberras Carl Sciberras is an independent dance artist and producer from Western Sydney. Carl is also an experienced dance teacher, having taught at private dance schools and extra-curricular programs in high schools in Sydney and Perth.

Guerrilla Girls. Guerrilla Girls are an anonymous group of feminist, female artists devoted to fighting sexism and racism within the art world. 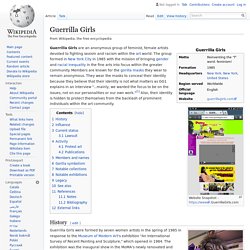 The group formed in New York City in 1985 with the mission of bringing gender and racial inequality in the fine arts into focus within the greater community. Members are known for the gorilla masks they wear to remain anonymous. They wear the masks to conceal their identity because they believe that their identity is not what matters as GG1 explains in an interview "...mainly, we wanted the focus to be on the issues, not on our personalities or our own work.

"[1] Also, their identity is hidden to protect themselves from the backlash of prominent individuals within the art community. Jean Michel Basquiat. Walt Disney's & Salvador Dali - Destino 2003 (HD 1080p) The Life and Works of Jake & Dinos Chapman. Mona » Gilbert & George The Art Exhibition. The artists' first Australasian retrospective will showcase ninety-seven pictures from 1970 to 2014, obliging a view of the modern world through the lens of their distinctive compositions. 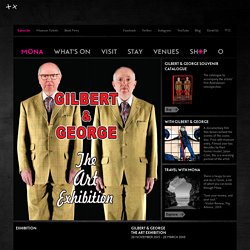 Is Tassie ready for them, and are they for Tassie? You may be offended by this exhibition. You also may not. If you'd like to avoid it, see staff upon arrival. A cinematic journey exploring the art of Gilbert & George, and the reasons, or lack therof, for its creation. Filmed over two decades by their former model, Julian Cole,With Gilbert and Georgeis a revealing portrait of the artist. Image credits, top to bottom: TONGUES, 1992 Gilbert & George ONE WORLD, 1998 Gilbert & George BLACK JESUS, 1980 Gilbert & George.