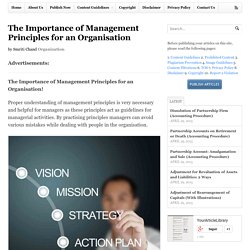 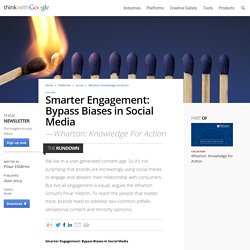 With nearly anyone able to create and spread content, it promised to revolutionize the way companies did business. But some of that adrenalin came from fear as well: many media managers saw user-generated content, or UGC, as a threat to their survival, an Accenture survey found. Many brands, however, seized it as an opportunity and started weaving UGC into their digital presence. UGC can be any kind of content created by amateurs rather than professionals. Rohn: 7 Personality Traits of a Great Leader. If you want to be a leader who attracts quality people, the key is to become a person of quality yourself. 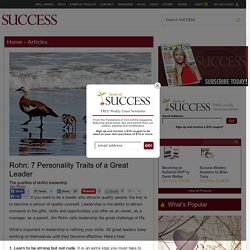 Leadership is the ability to attract someone to the gifts, skills and opportunities you offer as an owner, as a manager, as a parent. Jim Rohn calls leadership the great challenge of life. What’s important in leadership is refining your skills. All great leaders keep working on themselves until they become effective. Benefits of Team Building Activities. Universities Look to Yale for Investment Managers. The Naked Face. Can you read people’s thoughts just by looking at them? 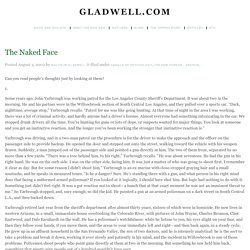 Some years ago, John Yarbrough was working patrol for the Los Angeles County Sheriff’s Department. It was about two in the morning. He and his partner were in the Willowbrook section of South Central Los Angeles, and they pulled over a sports car. The Use of Emotional Intelligence For Effective Leadership. Social Media Strategy for Your Business. In this age of the empowered customer, a deliberate and planned approach to social media helps companies keep their fingers on the pulse of what's important to their customers. 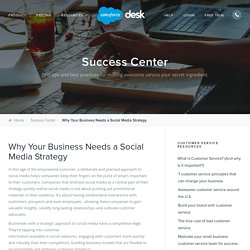 Companies that embrace social media as a central part of their strategy quickly realize social media is not about pushing out promotional materials to their audience. It's about having collaborative interactions with customers, prospects and even employees - allowing these companies to gain valuable insights, solidify long-lasting relationships and cultivate customer advocates. Businesses with a strategic approach to social media have a competitive edge. They're tapping into customer information available in social networks, engaging with customers more quickly and robustly than their competitors, building business models that are flexible to accommodate and embrace customer change in near-real time, and leveraging cloud services and automation to give them more time to focus on customer communications.

8 Personality Traits of Effective Business People. Spend just a few minutes searching the Internet or the shelves of your local bookstore or library, and you will find plenty of resources that list and analyze the personality traits of effective, successful business people. 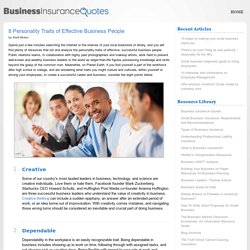 Public relations teams, in collaboration with highly paid photographers and makeup artists, work hard to present well-known and wealthy business leaders to the world as larger-than-life figures possessing knowledge and skills beyond the grasp of the common man. What's the news in April? The Apple approach to social media: just ignore it. In case you hadn’t noticed, social is the biggest thing in digital marketing right now. 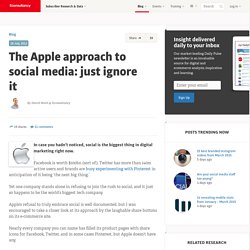 Facebook is worth $100bn (sort of), Twitter has more than 140m active users and brands are busy experimenting with Pinterest in anticipation of it being ‘the next big thing.’ Yet one company stands alone in refusing to join the rush to social, and it just so happens to be the world’s biggest tech company. Apple’s refusal to truly embrace social is well documented, but I was encouraged to take a closer look at its approach by the laughable share buttons on its e-commerce site. Nearly every company you can name has filled its product pages with share icons for Facebook, Twitter, and in some cases Pinterest, but Apple doesn’t have any. Well actually it does, but they’re hidden in a subtle drop-down menu that looks like it contains product options rather than sharing tools.

The buttons themselves don’t contain any icons or branding for Facebook or Twitter, they are just cold, unattractive text. Ritz-Carlton President Herve Humler's Leadership, Culture And Customer Service Secrets  Searching for Success: How Google Became Great. “When Sergey and I founded Google, we hoped, but did not expect, it would reach its current size and influence,” says Page. 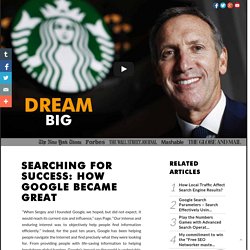 “Our intense and enduring interest was to objectively help people find information efficiently.” Indeed, for the past ten years, Google has been helping people navigate the Internet and find precisely what they were looking for. From providing people with life-saving information to helping breakdown global barriers, Google’s impact on the world is undeniable. How did two university dropouts transform their simple idea into a billion dollar company? What's the news in April? What's the news in March? Microsoft’s New Mission: To Create Real Teamwork, Not Just Teams. Microsoft co-founder Bill Gates was once asked what management writers he paid attention to. 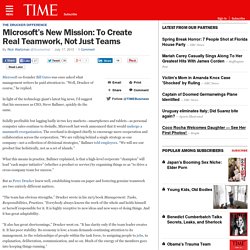 “Well, Drucker of course,” he replied. In light of the technology giant’s latest big news, I’d suggest that his successor as CEO, Steve Ballmer, quickly do the same. Solidly profitable but lagging badly in two key markets—smartphones and tablets—as personal computer sales continue to dwindle, Microsoft last week announced that it would undergo a mammoth reorganization. The overhaul is designed chiefly to encourage more cooperation and collaboration across the corporation. Virtual Team Failure: Six Common Reasons Why Virtual Teams Do Not Succeed. Today, more and more companies are emptying their cubicles and opting for a virtual workforce. 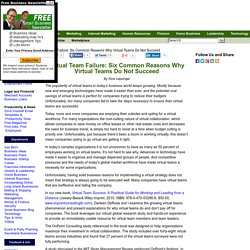 For many organizations the cost-cutting nature of virtual collaboration, which allows companies to save money on office leases or other real estate costs and decreases the need for business travel, is simply too hard to resist at a time when budget cutting is priority one. Michael Wilson: Information Technology. By: Michael Wilson Introduction One of the newest products introduced in the IT field is Microsoft Windows 7. An upgrade from Windows Vista, Windows 7 now boasts more user-friendly features that will help change the image of PC users. Using Porter’s Five Forces Analysis, you will understand how Microsoft handles the potential threat of new competition; suppliers’ pressures on Microsoft; buyers’ pressures on Microsoft; customers’ desire to switch products; and competitive rivalry.

Mission Statement Exercise. What's the news in February? What's the news in February? Management Theory Claudine S Marina H Tammy R. Management Theory Exercise. Leadership exercise. What's the news in January? Porters Five Forces Analysis of the Airlines Industry in the United States. Supplier Power The power of suppliers in the airline industry is immense because of the fact that the three inputs that airlines have in terms of fuel, aircraft, and labor are all affected by the external environment. For instance, the price of aviation fuel is subject to the fluctuations in the global market for oil, which can gyrate wildly because of geopolitical and other factors.