Rhiannon Giddens Speaks For The Silenced. "This instrument right here, born in Africa, but then made in America and then altered by white America — that's the story of so much of our music," Rhiannon Giddens says of the banjo. 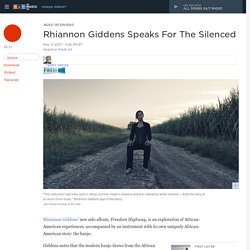 John Peets/Courtesy of the artist hide caption toggle caption John Peets/Courtesy of the artist "This instrument right here, born in Africa, but then made in America and then altered by white America — that's the story of so much of our music," Rhiannon Giddens says of the banjo. Rhiannon Giddens' new solo album, Freedom Highway, is an exploration of African-American experiences, accompanied by an instrument with its own uniquely African-American story: the banjo.

Giddens notes that the modern banjo draws from the African instrument known as the akonting, which is made from a gourd. Giddens says the banjo seemed like the perfect fit for her album, which includes songs based on slave narratives, as well as a song she wrote in response to police shootings of young black men. Interview Highlights. Hijabi by Mona Haydar. Cowboy Bebop OST 1 - The Egg and I. Cowboy Bebop OST 1 - Felt Tip Pen. 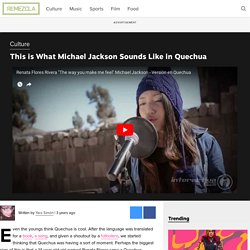 After the language was translated for a book, a song, and given a shoutout by a fútbolero, we started thinking that Quechua was having a sort of moment. Perhaps the biggest sign of this is that a 14-year-old girl named Renata Flores sang a Quechua version of Michael Jackson’s “The Way You Make Me Feel.” The Ayacuchana sings the tune at the Vilcashuamán ruins, as guitars and a Peruvian cajón play. According to La Republica, the video is part of the Asociación Cultural SURCA, which works to get the youth to learn the importance of Quechua. 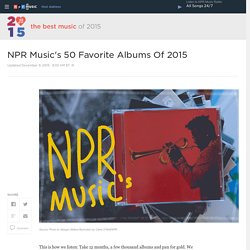 We sift for works that are definitive and for sounds or songs that cross boundaries, make connections, teach us something new. We allow ourselves to be swept away, to be seduced, to be fooled by a good new trick or an old one produced with grace and confidence. 2015 was a year in which the fractures in the music industry's bedrock became everyday geography — a no man's land of streaming, downloads, CDs and LPs, with plenty of skirmishes and territory disputes.

It was also one in which sales records were not just broken but demolished. Despite all that, it was still just as easy to find great albums and just as hard to narrow them down to 50. This list of our favorite albums of the year (published alphabetically) includes hip-hop that reckons with our incandescent political moment and the foundational ideas that shaped our nation. Advisory: Some of the songs on this page contain profanity. BOMBA ESTEREOAmanecer. "I Love You More Than You'll Ever Know" Blood, Sweat & Tears. K.D. Lang sings Leonard Cohen's Hallelujah. The Alan Parsons Project- Eye in the Sky. Boz Scaggs - Lowdown. Sotomayor - Sur (Live on KEXP) Sotomayor - Morenita (Live on KEXP) Pearl Jam - just breathe. Death Cab For Cutie - I Will Follow You Into The Dark +Lyrics. Iron & Wine - Naked As We Came (Our Endless Numbered Days) Nick Cave and the Bad Seeds- Push the Sky Away. Laura Nyro - Woman's Blues. 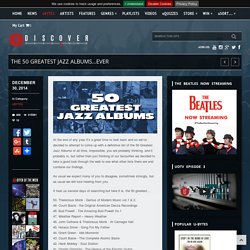 Impossible, you are probably thinking, and it probably is, but rather than just thinking of our favourites we decided to take a good look through the web to see what other lists there are and combine our findings. As usual we expect many of you to disagree, sometimes strongly, but as usual we will love hearing from you. It took us several days of searching but here it is, the 50 greatest… 50. Thelonious Monk - Genius of Modern Music vol.1 & 2. 49. 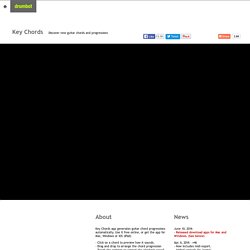 Use it free online, or get the app for Mac, Windows or iOS (iPad) - Click on a chord to preview how it sounds. - Drag and drop to arrange the chord progression - Tweak the settings to control the playback speed Or role the dice and Key Chords will automatically generate a nice sounding progression. Select a Key: Select a key and choose a the major or minor scale. The resulting chord chart will display applicable chords for the selected key.

Click a chord: ... and you will hear a cheap computer generated guitar playing the chord. Drag & Drop: