Frank Moore (performance artist) Faye Driscoll. LEIMAY main. Volksbühne Berlin. Best Sites To Download HD Free Video Stock Footage. Theatre of the Oppressed. Theatre of the Oppressed. Alex mavrocordatos - cdcArts. The examples below represent the preference, in principle, for ongoing and extended training programmes. they are delivered locally and are devised specifically for each new context: either in a sequence of two week or one month sessions as in the PPP programme (Zambia and Nepal) for street performers and NGO /CBO field-workers. 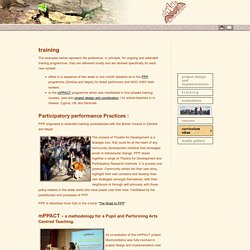 Or the mPPACT programme which was manifested in four phased training courses. (see also project design and coordination ) for school-teachers in in Greece, Cyprus, UK and Denmark. Participatory performance Practices : PPP originated in extended training consultancies with the British Council in Zambia and Nepal. Fabrication. IEF R&D has an extensive knowledge of the fabrication process from 3D modeling, mechanical system design, mechanism simulation and CNC processes to mold making and high end woodworking. 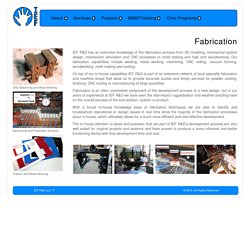 Our fabrication capabilities include welding, metal working, machining, CNC milling, vacuum forming, woodworking, mold making and casting. On top of our in-house capabilities IEF R&D is part of an extensive network of local specialty fabrication and machine shops that allow us to provide accurate quotes and timely services for powder coating, finishing, CNC routing or manufacturing of large quantities. Expand your conception of theater. American Society of Theatre Consultants. How much should it cost? 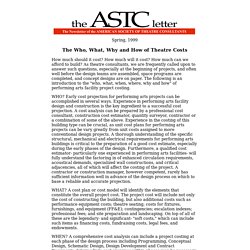 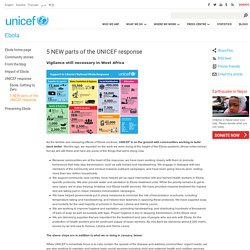 Months ago, we reported on the work we were doing at the height of the Ebola epidemic (those notes below) but we are still there and here are some of the things that we're doing now. Online Tone Generator - Free, Simple and Easy to Use. Buy Wireless Headphones and Transmitters for Silent Disco Events, Festivals and Parties. Tslighting. Abattoir Fermé. De premièrereeks van “Alice” in NONA (Mechelen, mei 2015) raakte in sneltempo uitverkocht. 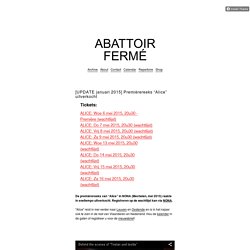 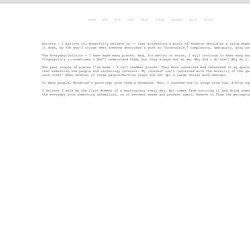 It’s kind of like the Grand Canyon. You come upon it, and it grips you. You don’t require any explanation or guidebook. Being an expert isn’t necessary. But if you are, say, a professional geologist, the experience can be richer because you’re tuned into a specialized knowledge. It down, by the way—I cringe when someone describes a work as “accessible.” The Everyday/Infinite - I have made many pieces. Fingerprints ---sometimes I don’t understand them, but they always eat at me. The past couple of pieces I’ve made - I call chamber pieces. Chashama - chashama. Half Straddle. DOOR 10.

Cyclical and linear storytelling. Storytelling In The News: #109 April 4, 2004 During my stay in Australia last week, I participated in a workshop in a storytelling program that has reached some 60,000 participants and evaluated as a success by the Australian Government. 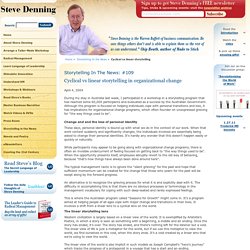 Although the program is focused on helping individuals cope with personal transitions and loss, it has implications for organizational change programs, which often founder on unexpressed grieving for "the way things used to be". The Psychology of Theatre Audiences. The following article is reprinted from Theory of the Theatre: And Other Principles of Dramatic Criticism. 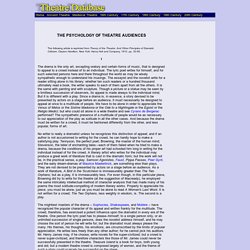 Clayton Hamilton. New York: Henry Holt and Company, 1910. pp. 30-58. The drama is the only art, excepting oratory and certain forms of music, that is designed to appeal to a crowd instead of to an individual. The lyric poet writes for himself, and for such selected persons here and there throughout the world as may be wisely sympathetic enough to understand his musings. The essayist and the novelist write for a reader sitting alone in his library: whether ten such readers or a hundred thousand ultimately read a book, the writer speaks to each of them apart from all the others.

ANDREW SCHNEIDER. New Music USA. Jim Dawson learned to edit sound on reel to reel decks and his first loop was created by spooling tape around mic stands out of the sound booth, down the hall and back. 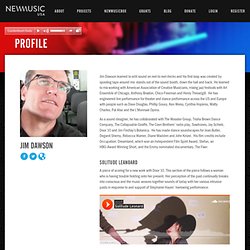 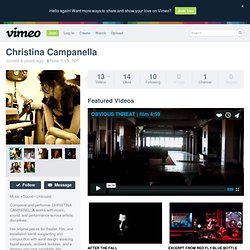 Her original pieces for theater, ﬁlm, and installation blend songwriting and composition with aural design, weaving found sounds, ambient textures, and a dreamy pop-rock sensibility into cinematic soundscapes and deconstructed art songs. As an actress, singer, and instrumentalist, she has brought her classical background to a constellation of innovators, including the work of multidisciplinary theater-artist Jim Findlay, composer-visual artist Joe Diebes, directors Richard Foreman, Phil Soltanoff, David Levine, Toni Dove, Mallory Catlett, and many others.

Ongoing: Christina received commissioning to compose music and audio content for PARTS ARE EXTRA, a sound and cinema project co-created with filmmaker and visual artist Peter Norrman (NYSCA Film, Media, New Technologies award, 2011). Previous: Christina began her collaboration with Mr. Bio/ Resume. Hyphen Hub. Earthdance. Fletcher–Munson curves. The Fletcher–Munson curves are one of many sets of equal-loudness contours for the human ear, determined experimentally by Harvey Fletcher and Wilden A. Munson, and reported in a 1933 paper entitled "Loudness, its definition, measurement and calculation" in the Journal of the Acoustic Society of America.[1] Background[edit] The first research on the topic of how the ear hears different frequencies at different levels was conducted by Fletcher and Munson in 1933. In 1937 they created the first equal-loudness curves.[2] Until recently, it was common to see the term 'Fletcher–Munson' used to refer to equal-loudness contours generally, even though a re-determination was carried out by Robinson and Dadson in 1956, which became the basis for an ISO 226 standard.

It is now better to use the generic term "equal-loudness contours", especially as a recent survey by ISO redefined the curves in a new standard. [3] See also[edit] References[edit] External links[edit] At the forefront of contemporary NYC theatre & performance. Meyer Sound. The Mixing Workshop: Session 11, Gateway Church and the Meyer Sound Solution 1 Hour | English In his role as Executive Director, Technical Arts for Gateway Church, David Leuschner works to facilitate all audio, video, and lighting needs for the ministries of Gateway Church.

I heard were strong, but then opinion began to curdle, finally setting into an unpleasant gel seeded with the landmines of identity politics. Arriving at REDCAT I was not sure what to expect – all the way back to LSD – Just the High Points in the late 1980s, I’ve enjoyed Wooster productions, but I typically don’t take issue when someone doesn’t respond to the challenges of their work. Poor Dog Group. Nostalgia The New Golden Nugget of Social Media. Nostalgia: The New Golden Nugget of Social Media By Genae Girard Michael owns a bakery that has recently started using social media. He decided to get on board and try to build his following through Facebook and Twitter, yet consumers that "Like" his Facebook page keep dropping off. He has been posting facts about his business including specials and new products with limited success. Freelancer.com - Hire Freelancers & Find Freelance Jobs Online. NOISE HiLOGGER 3145-20.

Obituary: Carmelo Bene. The enfant terrible of Italian stage and screen, actor-director-writer Carmelo Bene, who has died aged 64, shared the distinction with Dario Fo of being a theatrical artist who also became a literary phenomenon. Though most of his writings were for the theatre and cinema, he also published several novels and two autobiographies - one in 1983 entitled, somewhat brazenly, Sono Apparso Alla Madonna (I Appeared To The Madonna). Eccentric and gifted, Bene was undoubtedly the greatest guitto (barnstormer) of the contemporary Italian stage - a term that he relished. He succeeded in parodying the Italian histrionic acting tradition, as well as being its apotheosis. In the theatre his model was Artaud's Theatre of Cruelty, while the moderns he respected most in literature and painting were Joyce and Francis Bacon.