D-Day 70 - John's Story. The Somersault Man (1923) In this section of the site we bring you curated collections of images, books, audio and film, shining a light on curiosities and wonders from a wide range of online archives. 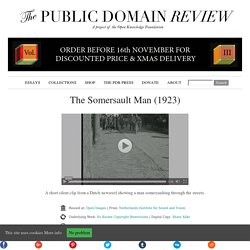 With each post including links back to the original source we encourage you to explore these wonderful online sources for yourself. Check out our Sources page to see where we find the content. What the Rebel Yell Sounded Like. Elvis Presley / Fun Moments. Bradshaw Foundation Film Archive. The Toughest Sailing Race in the World - Volvo Ocean Race 2011-12. The Mast Walk by Alex Thomson. Documentaries, Films, and Videos. About ©2016 VICE Media LLC United States The VICE Channels Featured Video. 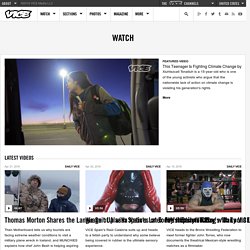 “The Others” by Hiroshi Kondo - BOOOOOOOM TV - A daily selection of the best short films, music videos, and animations. MADAME TUTLI-PUTLI. Dream Boat Trip. Enter every schoolboy's nightmare. From his Freaks and Geeks days to last year’s Palo Alto, memories of the awkwardness of high school have filtered through many of James Franco’s projects. 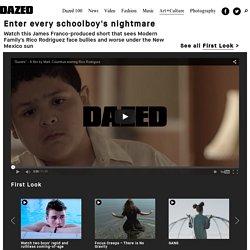 The latest is this short, which opens the actor-turned-producer’s The Heyday of the Insensitive Bastards: a series of vignettes based on short stories by Robert Boswell. Directed by on-the-rise talent Mark Columbus, Guests tells a story of two pervasive forces of nature: the unrelenting bully who targets Charlie (Modern Family’s Rico Rodriguez), and the cancer that is killing his father (Matthew Modine). For Columbus, the film aims to capture the strange ways that memory works. “The way I imagine everything in my memory is always washed out and sun-dried, with details on the weirdest things,” he says. “Such as the little crevices on concrete walls, or dust particles floating in a still room.”

Part 1 Hear Former Slaves Speak. For those who can still ride an airplane for the first time. Oldest Native American drumming video ever. The Mountain. Rare Film of Sculptor Auguste Rodin Working at his Studio in Paris (1915) In the past few days we’ve featured a series of remarkable little films of French artists Pierre-Auguste Renoir, Claude Monet and Edgar Degas. 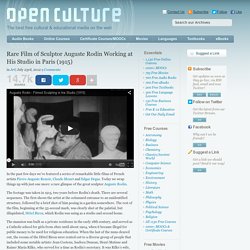 Today we wrap things up with just one more: a rare glimpse of the great sculptor Auguste Rodin. The footage was taken in 1915, two years before Rodin’s death. There are several sequences. The first shows the artist at the columned entrance to an unidentified structure, followed by a brief shot of him posing in a garden somewhere. The rest of the film, beginning at the 53-second mark, was clearly shot at the palatial, but dilapidated, Hôtel Biron, which Rodin was using as a studio and second home. The mansion was built as a private residence in the early 18th century, and served as a Catholic school for girls from 1820 until about 1904, when it became illegal for public money to be used for religious education. 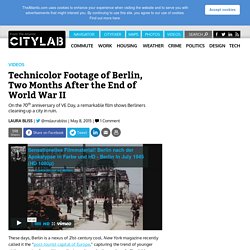 These days, Berlin is a nexus of 21st-century cool. New York magazine recently called it the “post-tourist capital of Europe,” capturing the trend of younger visitors coming for multi-month stays, drawn by its surplus of affordable housing, dining, and culture. In the wake of a uniquely tumultuous century for the city, Berlin has captured the world’s imagination in a way that would have been unthinkable just 15 years ago. But its scars are still visible. Today, on the 70th anniversary of VE Day—the end of World War II in Europe—bullet wounds and crumbled walls still stand as reminders of a horrific past that can feel distant in its now-trendy saloons.