This Penguin Swims 5000 Miles Every Year To Visit The Man Who Saved His Life - NewsCrusher. When Joao Pereira de Souza was walking along the beach near his home in Rio de Janeiro, Brazil, he came across a small Patagonian penguin lying on some rocks, close to death, afraid and covered in oil. 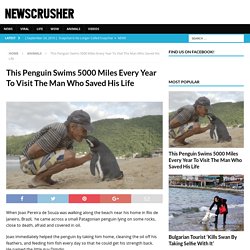 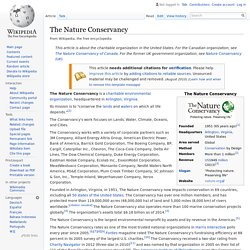 Its mission is to "conserve the lands and waters on which all life depends. "[2] State of North America's Birds 2016. Learning Begins in the Egg: Here's Why Some Mother Birds Call in the Nest. Birding From the Top of the Big Apple: Helen McDonald, author of H Is for Hawk (read our review), tells the New York Times about night birding atop the Empire State Building with the Cornell Lab's Andrew Farnsworth. 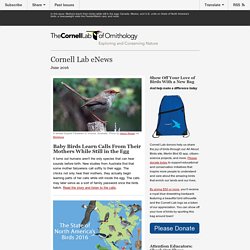 There's an Ornithology Conference, and You're Invited: The North American Ornithological Conference, held every four years, comes to Washington DC in August. Join bird biologists from all over the world for an inside look at ornithology. Find out more. Celebrate Urban Birds Offers Full Scholarships for Youth Workshop: A workshop designed for urban youth, and focused on birds, careers, and conservation, will be held at the Cornell Lab, August 9-10.

Ages 12-19 are eligible. A Map of the World's Most Superlative Trees. The Dark Secrets of the Bird World. JoJo Project - Marine Wildlife Foundation. "By becoming familiar with the life and purpose of a single lone dolphin, we have created a greater understanding of compassion, companionship, and knowledge between humanity and the other species that share the earth. 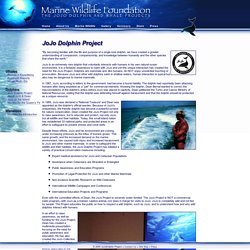 " JoJo is an extremely rare dolphin that voluntarily interacts with humans in his own natural ocean environment. It is a fantastic experience to swim with JoJo and yet this unique interaction has created the need for the JoJo Project. Dolphins are mammals and, like humans, do NOT enjoy unsolicited touching or provocation. Meet JoJo the Dolphin - The Dean & JoJo Story. 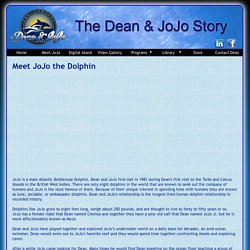 Dean and JoJo first met in 1981 during Dean's first visit to the Turks and Caicos Islands in the British West Indies. Tiburón Ballena/ Whale Shark. Which Birds, Which Plants? - YardMap. Learn How to Bird by Ear With Our New Bird Song Hero Game. Watch the video for an introduction to our new interactive learning feature, Bird Song Hero. 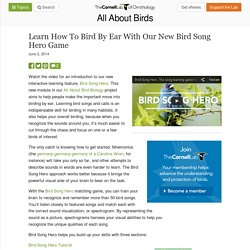 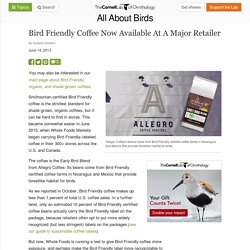 You may also be interested in our main page about Bird Friendly, organic, and shade-grown coffees. Smithsonian-certified Bird Friendly coffee is the strictest standard for shade-grown, organic coffees, but it can be hard to find in stores. This became somewhat easier in June 2013, when Whole Foods Markets began carrying Bird Friendly–labeled coffee in their 300+ stores across the U.S. and Canada. The coffee is the Early Bird Blend from Allegro Coffee. Its beans come from Bird-Friendly certified coffee farms in Nicaragua and Mexico that provide forestlike habitat for birds.

As we reported in October, Bird Friendly coffee makes up less than 1 percent of total U.S. coffee sales. But now, Whole Foods is running a test to give Bird Friendly coffee more exposure, and perhaps make the Bird Friendly label more recognizable to consumers. Searchable Tree Database - University of Minnesota. White squirrels are so rare, there are only four of them in the UK. At Marbury Country Park in Cheshire, England, wildlife photographer Andrew Fulton made a one in a million discovery when he snapped a photo of a rare white squirrel. 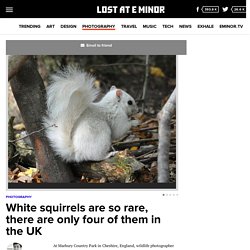 With over 5 million grey squirrels in the UK, this squirrel is a rarity given only three others have the same white fur. Their appearance is caused by a mutated gene – called leucism – that makes them snowy white but keeps their eyes colour black (meaning they don’t have seeing problems like albino squirrels who have pink eyes). Via Anobre27: This video explains how those plastic bits in face washes, scrubs, and toothpastes can hurt ecosystems. By now, most of us know that if we want our consciences to be as squeaky clean as our faces, we have to ditch our most beloved scrubbing products. 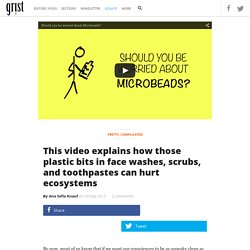 While microbeads — the tiny plastic bits most commonly found in face washes, scrubs, and toothpastes — might do great things for your pores, they could also quietly wreak havoc on the environment by steadily streaming into the Great Lakes and oceans. Couldn’t care less about fish? Get this: Through the magic of the food chain, these little plastic beads actually carry the potential to come back around and screw with human health. We turned to Andrew Maynard, mastermind behind the Risk Bites YouTube channel and director of Arizona State University’s Risk Innovation Lab, to figure out just how hazardous an exfoliator could be. Check out his findings in the video above!

Global Forest Watch. A rare Blue Dragon was seen last week in Australia and it’s adorable. Blog — Birdchick. And unless I'm just home for a very hardcore birding trip or survey, I generally try to avoid laundry, vacuuming, cleaning out the fridge, etc as much as possible and go birding. 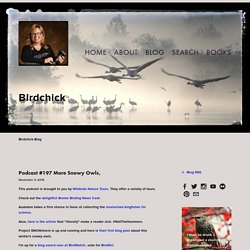 All Weather Feeder — Hands-on Review by Diane Porter. Through rain, snow, sleet, and ice, the All Weather Feeder delivers the seed — DRY! Birds reach up, under the covered feeding port, and pull seed from a cirular slot. Sheltered! A covered feeding port keeps rain and snow out. Brush Piles for Birds. Build a brush pile for birds in your backyard, and your home will become a more interesting, richer place. As birdwatchers we can help to put habitat back. One way is to construct a brush pile for birds. All About Bird Biology. The Best Ways To Attract More Songbirds To Your Property. Compiled from The Audubon Society Guide to Attracting Birds, in association with the Cornell Lab of Ornithology. With growing recognition that our climate is warming, native plants are the best choice for creating bird friendly habitats for the future. Native plants are adapted to temperature extremes of the past and they are the best bet for future changes because of their long history with local climates.

If you are trying to bring more birds to your backyard, the single best thing to do is plant native shrubs, vines, and trees. PROVIDE A WATER SOURCE near protective shrubs during the summer months. On hot days, birds are especially eager to bathe and drink. CREATE A SONGBIRD BORDER along your property edge by planting trees and shrubs that meet the needs of birds throughout the year. White-breasted Nuthatch. Birds, Familiar: White-breasted Nuthatch, Life Histories of North American Birds, A.C. Bent. Bird Feeding Tips: food and feeders. How to hand-feed wild birds in your backyard. Feeding Birds - FeederWatch. Duncraft Bird Foods. Snoring_Dormouse_With_Sound_Listen. RainyMood.com: Rain makes everything better. TornadoTracks_4fbd458d255c5.jpg (2670×1447) Nuages. Kelvin-Helmholtz Wave Clouds Over Birmingham. Birds-of-Paradise Project Introduction.

Snakes in Alabama: What You Need to Know - Extension Daily. People cannot resist the call of the outdoors when the weather warms up. Wildlife will begin to move with warmer weather too. Science Bulletins: Whales Give Dolphins a Lift. Environment. Trees... Demonstration of the Lotus Effect. The girl who gets gifts from birds. Image copyright Lisa Mann. Becoming Human. Watch ’007′ the Crow Effortlessly Solve an 8-Step, Complex Puzzle. Doubt a crow’s intelligence? You won’t after seeing this sneak peek for a new “Inside the Animal Mind” BBC special.. Email - News from the Frontline. The Oldest Living Things in the World: A Decade-Long Photographic Masterpiece...

Woman Dances with Tiger Sharks To Protest Against Killing Sharks. SHTORMI. The Most Isolated People in the World. An eagle, a fox and my cat all getting along fine on my porch. Listen to the Strange Phenomenon of "Singing Stones" What a Plant Knows. Cave of Crystal Giants. 3,200 Year Old Tree Never Been Captured In A Single Image... Amazing starlings murmuration (full HD) -www.keepturningleft.co.uk. Starlings on Otmoor. Watch Red tailed hawk stuck in air shaft rescued Videos at blinkx.