Social media is behind the new fast fashion revolution. New York: New York Fashion Week this season has put "click and buy" on the map, revolutionizing the antiquated global fashion calendar with clothes that now can be ordered straight from the catwalk. 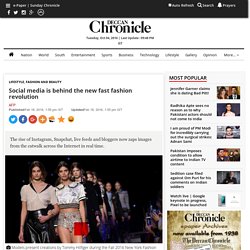 For more than 100 years, the world of high fashion has been divided up into four seasons -- spring/summer, autumn/winter. Designers debut their collections at fashion week, fashion magazines write them up and go to print a few months before the clothes are available to buy in boutiques -- six months after they first grace the runway. But gone are the days when only magazine editors, socialites and the in-crowd grace a fashion show. The rise of Instagram, Snapchat, live feeds and bloggers now zaps images from the catwalk across the Internet in real time. That means that high-end clients no longer want to burn thousands of dollars on an outfit that has been plastered all over the Internet for six months. Difficult challenge. Social Media, Fast Fashion, and the Supply Chain. Keeping up with the latest trends is essential to success in the clothing industry. 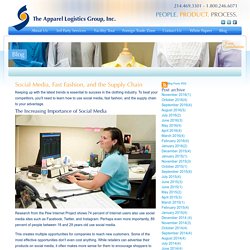 To beat your competitors, you'll need to learn how to use social media, fast fashion, and the supply chain to your advantage. Research from the Pew Internet Project shows 74 percent of Internet users also use social media sites such as Facebook, Twitter, and Instagram. Perhaps even more importantly, 89 percent of people between 18 and 29 years old use social media.

This creates multiple opportunities for companies to reach new customers. Why fast fashion is slow death for the planet. Every morning when I wake up I am confronted by my fashion history. 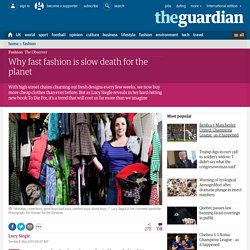 Mistakes, corrections, good buys, bad buys, comfort buys, drunk buys: they refuse to go away. This is because my wardrobe is opposite my bed, and the door, like a broken zipper, will no longer pull across to hide the tale of excess. In the cold light of day many of the micro trends I've "invested in" – T-shirts with chains, a one-shouldered jumpsuit, and other designer lookalike items – merge to form a type of sartorial wasteland. My collection is testament to the extraordinary way we now consume clothes.

And I don't have to come around to your house and have a look to make a good guess at what you've got in your cupboards, because over the past decade and a half not only have we bought more at increasing speed, but our tastes have become increasingly homogenised. You now demand roughly four times the number of clothes you would have in 1980. Zara's policy was a game-changer. So how does Big Fashion keep costs so low? Zara Leads In Fast Fashion. Zara, the major division of the Spanish retailer Inditex continues to change retailing through its rapid, vertically integrated supply chain. 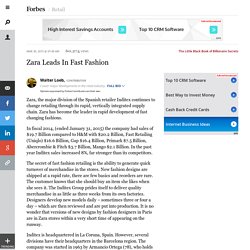 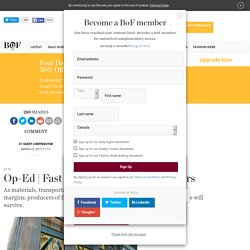 But is the fast fashion model also economically unsustainable? With t-shirts as low as $5 and jeans as low as $10, many companies selling fast fashion have very low margins and are particularly vulnerable to increases in materials, transportation and labour costs. Will these vulnerabilities sink the model? The short answer: for some, yes, but not for all. Leading fast fashion firms such as Inditex (parent company of Zara) and Uniqlo, owned by Fast Retailing, split their sales between core, price-driven items that are made in China and other long lead-time countries and quick selling fashion items that have a heavy design investment and are produced close to its key retail markets.

Zara makes about half their goods in Spain, in factories the company owns itself. This means management has to be agile. Fashion: Impact of The Recession - UK - 2010 : Consumer market research report. The clothing sector has survived the recession, with the market growing 1.4% in 2009 to £41.3 billion and by an estimated 1.5% in 2010 to £41.9 billion. 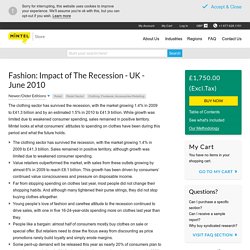 While growth was limited due to weakened consumer spending, sales remained in positive territory. Mintel looks at what consumers’ attitudes to spending on clothes have been during this period and what the future holds. Social Media and the Rise of Fast-Fashion - News - News Events - HVO Search. Visual content is one of the most engaging forms of content and, since fashion companies often have an abundance of such content, social media and fashion are, in many ways, a match made in heaven. 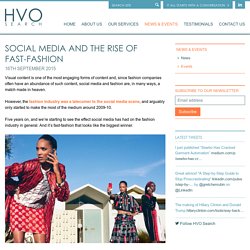 However, the fashion industry was a latecomer to the social media scene, and arguably only started to make the most of the medium around 2009-10. Five years on, and we’re starting to see the effect social media has had on the fashion industry in general. And it’s fast-fashion that looks like the biggest winner. It’s no secret that millennials like to share almost every aspect of their lives on social media. And this means that many belonging to that demographic are shopping more, since they don’t want to be seen in the same outfit too often. 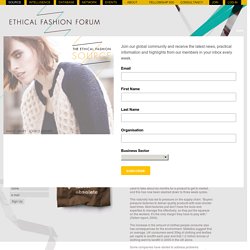 The Evolution of Fast Fashion: Just as Fast but Not Quite as Cheap. And Lock just may be on to something. 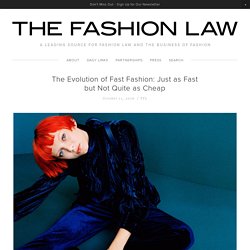 Vogue’s editor in chief, Anna Wintour, has not shied from the high-low mix. Her first-ever Vogue cover, from the November 1998 issue, featured model Michaela Bercu in a Carlyne Cerf de Dudzeele-styled look of a haute couture Christian Lacroix jacket and stonewashed Guess jeans. “It was about mixing high and low,” Wintour wrote in 2012, reflecting on the issue on Vogue’s 120th anniversary. “I had just looked at that picture and sensed the winds of change. And you can’t ask for more from a cover image than that.” Zara launches first sustainable collection, stirs debate on 'fast fashion' Zara, one of the world’s largest fashion meccas, is attempting to be more sustainable and environmentally friendly. 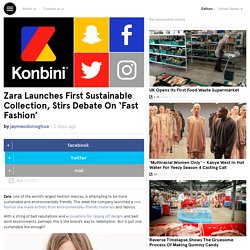 This week the company launched a new fashion line made entirely from environmentally-friendly materials and fabrics. With a string of bad reputations and accusations for ripping off designs and bad work environments, perhaps this is the brand’s way to redemption. But is just one sustainable line enough? (via Refinery29) An attempt to slow down the ‘fast fashion’ train? Zara is known for manufacturing mass clothing which is cheap and easy to produce. According to Zara, “the collection embraces a woman who looks into a more sustainable future.” Zara is proud of their use of Tencel as it is sourced from sustainably managed forests. H&M: can fast fashion and sustainability ever really mix? Happy shoppers: men and women heading to the high street and returning laden with bags of newly bought goodies.

That is the image that both economic policy makers and retailers would love to see. A return to the good times. Fast fashion Few sectors are more emblematic of today's consumer-driven growth model than the fashion industry. With each new season comes a brand new range of must haves. But before you scowl at the next bag-laden shopper, just check where they're heading. Cecilia Brannsten, project manager in H&M's sustainability team, is responsible for the initiative. If you know M&S's shwopping deal, then you'll know the drill. The Swedish retailer will take any clothes from any brand in any condition, Brannsten insists: "So we will accept everything from old washed-out T-shirts, to underwear to the one sock that you can never find the other pair to. "