Giveaway: THE DARK PROPHECY. Which musicians do you think are worthy of the God of Music? 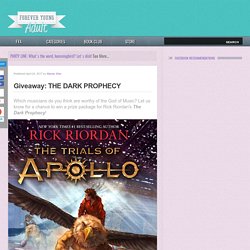 Let us know for a chance to win a prize package for Rick Riordan's The Dark Prophecy! We're just over a week away until the second installment of Rick Riordan's The Trials of Apollo series arrives, and FYA is giving away a prize pack that'll be music to your ears! Here's the offical word on The Dark Prophecy (which you might want to skip if you haven't read The Hidden Oracle yet): Zeus has punished his son Apollo—god of the sun, music, archery, poetry, and more—by casting him down to earth in the form of a gawky, acne-covered sixteen-year-old mortal named Lester.

The only way Apollo can reclaim his rightful place on Mount Olympus is by restoring several Oracles that have gone dark. 15 Best Broadway Showtunes For Workouts - Theatre Nerds. From performing lifts and jumps to endlessly trying not to get sick, one of the most important parts of being a performer is staying fit. 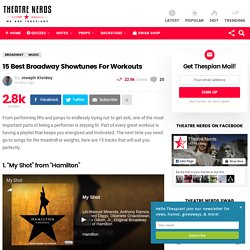 Part of every great workout is having a playlist that keeps you energized and motivated. The next time you need go-to songs for the treadmill or weights, here are 15 tracks that will suit you perfectly: Lin-Manuel Miranda’s hip-hop-influenced sound in “Hamilton” is perfect for that motivational build during the tougher parts of working out. In true “Hamilton” fashion, this song’s spirit will help you “talk less, smile more.” The Act 1 finale of this upbeat, high-energy show is a great go-to for fast-paced activities. Lin-Manuel Miranda’s Galentine’s Day Playlist is □! The Hamilton Mixtape proves Lin-Manuel Miranda is musical genius giant nerd album review. Brandy's still got it at the Soul Train Awards where she performed medley of her greatest hits. Ja Rule and Ashanti are smooth and flirty in 'Helpless' off The Hamilton Mixtape.

This post is about The Hamilton Mixtape but it’s also about Ja Rule and Ashanti. 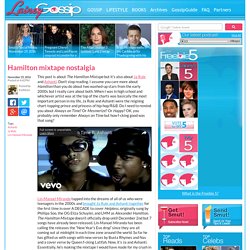 Don’t stop reading. I assume you care more about Hamilton than you do about two washed-up stars from the early 2000s but I really care about both. When I was in high school and whichever artist was at the top of the charts was basically the most important person in my life, Ja Rule and Ashanti were the reigning chart-topping prince and princess of hip-hop/R&B. 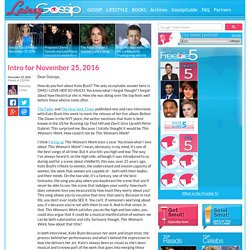 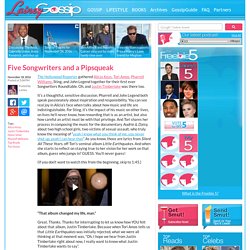 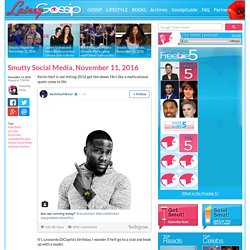 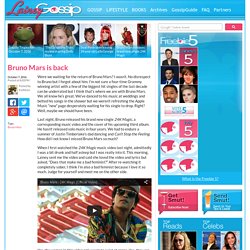 Solange Knowles releases bold and brilliant third album, A Seat at the Table. I want to thank Matthew and Tina Knowles for procreating. 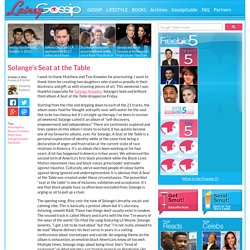 I want to thank them for creating two daughters who stand so proudly in their blackness and gift us with stunning pieces of art. This weekend, I was thankful especially for Solange Knowles. Alessia Cara's MTV MVA 2016 with Troye Sivan. August 29, 2016Posted at 12:55 PM Posted by Kathleen Photos:Jeff Kravitz/ Jamie McCarthy/ Kevin Mazur/ Nicholas Hunt/ Getty Images Alessia Cara is 20 years old. 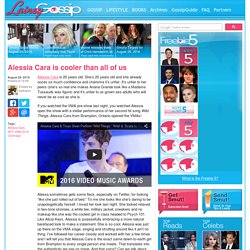 She’s 20 years old and she already oozes so much confidence and charisma it’s unfair. It’s unfair to her peers (she’s so real she makes Ariana Grande look like a Madame Tussauds wax figure) and it’s unfair to us grown ass adults who will never be as cool as she is. If you watched the VMA pre-show last night, you watched Alessia open the show with a stellar performance of her second hit song Wild Things. Alessa sometimes gets some flack, especially on Twitter, for looking “like she just rolled out of bed.” The only part of Alessia’s performance I didn’t like is that she had to share the stage with Troye Sivan, the first of many artists to make me feel old AF last night. Birdy - Wings. Celebrate - DIsplay Video 18s. Guest Squee: "My Dad Wrote a Porno" Podcast.

I was going to ease you guys into this review, but then I remembered that the Bitchery are not an audience that needs to be eased into these sorts of things. 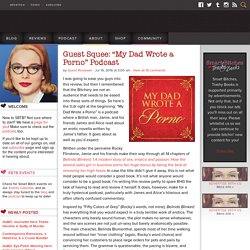 Come now, kittens. Did you think we were going to let the extravaganza known as “Grease Live!” Pass without comment from us? Silly bitches. Of course we have things to say about it; LOTS of things, from the one cast member who came close to tanking the whole thing to the surprisingly effective performances of several other cast members to the bizarre use of the audience and the truly jaw-dropping camera work. Oh, and the songs and the dancing too. Then, we turn our loving and judgmental eyes toward Oscar nominee and frequent T Lo subject matter Miss Jennifer Lawrence; specifically, Miss Jennifer Lawrence’s red carpet style. And our conclusion is, despite her limited range, she’s kind of tough to pin down.

Even so, we picked two looks from the Dior spring 2016 couture collection as possible jumping off points for her Oscar gown. As per the uzh, it’s the typical T Lo opinion-spew. Thanks once again for submitting to our onslaught of bitchery, kittens! Fug Nation's Favorite Podcasts. Mimi’s Reign As The Queen Of Retail Christmas Music Has Come To An End…. 10 Korean indie music artists you need to hear now. I love Big Bang as much as any other K-pop fan (I just bought tickets to go see them on their world tour, I can’t wait!) , but there are some uber-talented musicians in Korea that are not yet household names in the States…yet. From underground hip hop artists to disco-influenced rockers, here are 10 musicians that are making some great tunes. 1) If you like Frank Ocean you'll like Zion T. Stuff You Should Be Watching (Or Listening To): Hamilton.

I know this is about “watching,” but with Hamilton the musical, that’s tricky. But you should definitely listen to it, and you should watch it if you have the geographical privilege and the money (or the kidney to sell to get the money, I guess?). I know, I know, EVERYONE (it seems) has been yelling about this, and I was hoping to hold off on listening to the music until I had a chance to see it, and then I saw what ticket prices were like for AUGUST and went, well fuck it and hit buy on iTunes, and haven’t turned it off since. How I haven’t been singing in the office is a testament to my name to my professionalism. Stuff You Should Be Watching (Or Listening To): Hamilton.

Lainey Gossip Entertainment Update. Lainey Gossip Entertainment Update. “…Hello, Dorothy!” I mean, come on. Celebrity Social Media Round-Up for November 30, 2015. Jann Arden's holiday album, A Jann Arden Christmas and Intro for November 30, 2015. Billboard declares 21 greatest of all time. November 16, 2015Posted at 11:05 PM. FYA JAM: Cover Me. Drake releases new video for Hotline Bling. October 20, 2015Posted at 4:29 PM. ICYMI: Adele Announced Her Return With A 30-Second Clip And I’m Sure She’s Already Won A Dozen Grammys For It. And if she hasn’t, then expect the Grammy bitches to announce that they’ve moved up the ceremony from February to tomorrow so they can give Adele all the Grammys for this snippet of her new song.

Last night during a commercial break for The X-Factor in the UK, Adele’s haunting nightingale voice sang as the lyrics of what I’m guessing is the first single of her next album were displayed on the screen. Celebrity Social Media Round-Up for Wednesday October 7, 2015. Gwen Stefani No Doubt Powerful Female Pop Stars. FYA JAM: Back to (High) School. The Weeknd: Best MTV VMAs 2015 performance. Justin Bieber cries at the 2015 MTV VMAs. Taylor Swift makes up with Nicki Minaj and brings friends to the 2015 MTV VMAs. FYA JAM: Stomp the Runway. Lainey Gossip Entertainment Update. Female Rappers Who Changed the Game. FYA JAM: Those Lazy Hazy Crazy Days of Summer. Music Must: Tei Shi. Keke Palmer to star in Fox's live version of Grease, not in NBC's The Wiz. Music Must: Astrid S. Lainey Gossip Entertainment Update. LATE NIGHT VIBEZ. Taylor Swift wins big at the Billboard Music Awards.