The Making of Final Fantasy: The Spirits Within. When the movie first came out, it showcased to the world what computer graphics is capable of, especially on the human animation and acting part. 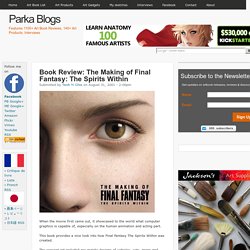 This book provides a nice look into how Final Fantasy The Spirits Within was created. The concept art included are mainly designs of vehicles, sets, props and storyboards. Since this is a "Making of" book, it talks extensively about how the art is related back to the story. Among them are subjects like creating flames, flares, using motion capture for acting, composition and other general production techniques. Character design is lacking in the book. This is a great book companion to the movie. The Making of FINAL FANTASY: The Spirits Within is available at Amazon (US | CA | UK | DE | FR | IT | ES | JP | CN) and Book Depository Visit Amazon to check out more reviews. 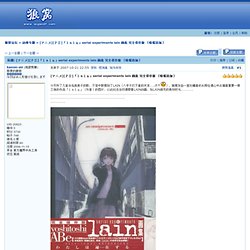 Dragon girl doujinshi by yoshitoshi abe by fariskalin d4wobkz. Kito Eisaku & Takeya Takayuki. Zeiram. The Zeiram series was created by Keita Amemiya, known for his work as both a director and an illustrator. 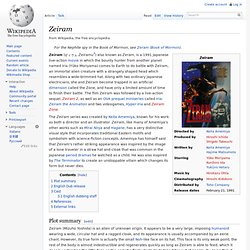 Zeiram, like many of Amemiya's other works such as Mirai Ninja and Hagane, has a very distinctive visual style that incorporates traditional Eastern motifs and symbolism with science-fiction concepts. Amemiya has himself said that Zeiram's rather striking appearance was inspired by the image of a lone traveler in a straw hat and cloak that was common in the Japanese period dramas he watched as a child. He was also inspired by The Terminator to create an unstoppable villain which changes its form but never dies. Plot summary[edit] Zeiram (Mizuho Yoshida) is an alien of unknown origin. Although the core face is Zeiram's only weak point, even that may be impossible to permanently destroy. Although Zeiram is usually referred to as a male, the face which serves as its core seems to be female. English Dub release[edit] Cast[edit] Hakaider. Zeiram - Alien Species Wiki - Aliens, UFOs, Space aliens.

Zeiram is one of the first unstoppable killing machines in history. 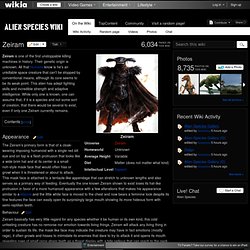 Their genetic origin is unknown. All that Humans know is he's an unkillable space creature that can't be stopped by conventional means, although its core seems to be its weak point. This alien has adept fighting skills and incredible strength and adaptive intelligence. Takayuki Takeya. Range murata. Angel Cop: The Manga. Angel Cop is rightly considered a classic of terrible anime. 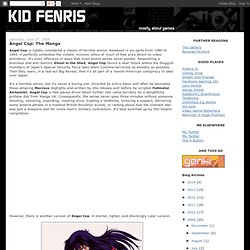 Released in six parts from 1989 to 1994, it perfectly embodies the violent, moronic ethos of much of that era’s direct-to-video animation. It’s even offensive in ways that most anime series never ponder. Resembling a brainless and anti-Semitic Ghost in the Shell, Angel Cop favors a near future where the thuggish members of Japan’s Special Security Force take down Commie terrorists as bloodily as possible. Galhound figure. Galhound masamune shirow. L'Antre d'Aphex » Artbooks. 『serial experiments lain』：BOOTLEG. Range Murata. Renji "Range" Murata (村田 蓮爾, Murata Renji? 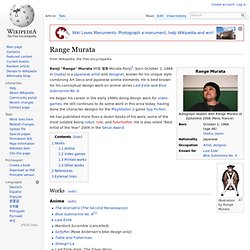 , born October 2, 1968 in Osaka) is a Japanese artist and designer, known for his unique style combining Art Deco and Japanese anime elements. He is best known for his conceptual design work on anime series Last Exile and Blue Submarine No. 6. He began his career in the early 1990s doing design work for video games. He still continues to do some work in this area today, having done the character designs for the PlayStation 2 game Spy Fiction. Yoshitoshi ABe. Yoshitoshi ABe (安倍 吉俊, Abe Yoshitoshi? 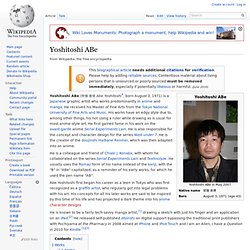 , born August 3, 1971) is a Japanese graphic artist who works predominantly in anime and manga. He received his Master of Fine Arts from the Tokyo National University of Fine Arts and Music. His works have an edgy style due to, among other things, his not using a ruler while drawing as is usual for most anime-style art. He first gained fame in his work on the avant-garde anime Serial Experiments Lain. He is also responsible for the concept and character design for the series NieA under 7. Yasuyuki Ueda. Yasuyuki Ueda (上田 耕行 Ueda Yasuyuki) is a Japanese producer, who has worked on such projects as Serial Experiments Lain (a producer and story writer). 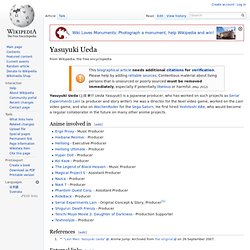 He was a director for the Noel video game, worked on the Lain video game, and also on WachenRoder for the Sega Saturn. He first hired Yoshitoshi ABe, who would become a regular collaborator in the future on many other anime projects. Anime involved in[edit] Futurhythm. 月刊アニメージュ【公式サイト】｜『ですぺら』（多分）公式ブログ. という事で、これまではアニメージュ本誌で連載してきた『ですぺら』の戯れ言コンテンツは、この公式サイトの方に引っ越しである。 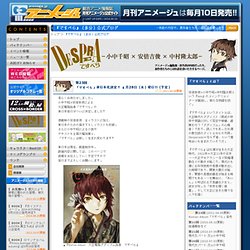