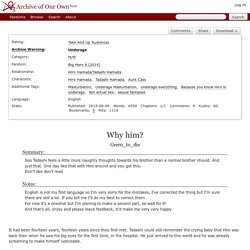 Tadashi could still remember the crying baby that Hiro was back then when he saw his big eyes for the first time, in the hospital. He just arrived to this world and he was already screaming to make himself noticeable. What's Yours Is Mine - myheartsegg. Osculation - hoshi (ladylune) - Big Hero 6 (2014) Hiro liked to believe that he could take on anyone in a fight and get away unscathed. 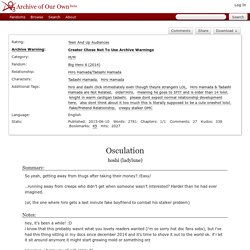 He had been trained in the art of karate since he was a little kid and even if he didn’t have any belts or championship trophies under his belt, he did get a lot of practice in the form of self-defense (because bot fighting? Yeah, really fun, but also really dangerous if the people you swindled can catch up). Stood Up - chocolatechiplague - Hidashi - Fandom, Big Hero 6 (2014) Hiro was expecting his date to arrive any minute. 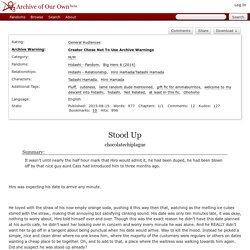 He toyed with the straw of his now empty orange soda, pushing it this way then that, watching as the melting ice cubes stirred with the straw., making that annoying but satisfying clinking sound. His date was only ten minutes late, it was okay, nothing to worry about, Hiro told himself over and over. Though this was the exact reason he didn't have this date planned at his aunts cafe, he didn't want her looking over in concern and worry every minute he was alone.

And he REALLY didn't want her to go off in a tangent about being punctual when his date would arrive. Way to kill the mood. There's no I in Team (but fuck this fits perfectly) - AnnieMantic, The_Birds_And_Bees - Big Hero 6 (2014) In most cases being a good boss means hiring talented people and then getting out of their way. 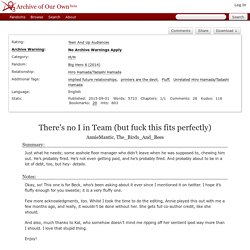 -Tina Fey It’s true what they say; when one thing goes wrong, everything does. Realistically, Hiro knows he can’t really complain; one didn’t simply get an internship at THQ- much like one simply didn’t just walk into Mordor. The level of difficulty in both situations was practically on par. The Hot Doctor - Chapter 1 - hoshi (ladylune) - Big Hero 6 (2014) Chapter Text “Aunt Cass, honestly, I’m fine!” 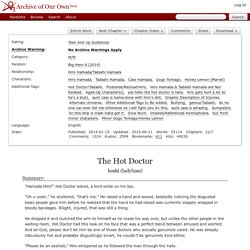 The woman who had been his everything for the past 18 years turned and gave him a glare that made him glad to be in the hospital. “Fine?” She hissed, eyes narrowing, “Do you know how much blood was in the garage?” Dude Has a Fish Tail - PenguinTrippin. Bothing Burns Forever - Sapphique. Hand In Hand We Walk Together - CaptainFairyTale - Big Hero 6 (2014) Big Hero 6: Anthro Boys - eltigre221. Let's Just Take This A Week At A Time - Rockstarology.

We (were)n't supposed to be Immortal - Chapter 1 - Xitlalit - Big Hero 6 (2014) Chapter Text Hiro had, in all honesty, not expected much when he had been invited to attend the San Fransokyo Institute of Technology. 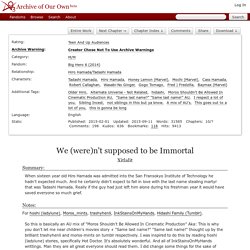 Of course graduating high school as valedictorian at the age of sixteen didn't immediately qualify him as 'college student material'. But apparently, that didn't mean anything as Professor Callaghan, head of the school's robotics program, took it upon himself to personally grant Hiro admission. He wasn't stupid enough to reject the offer, but he definitely wasn't crazy enough to at least think about it before he put himself through all the hell that was college.

His parents had encouraged him to go through with it like any sane parents would. It All Falls Apart - siqwithaQ. Chapter Text Well, that hadn’t worked as well as he had hoped. 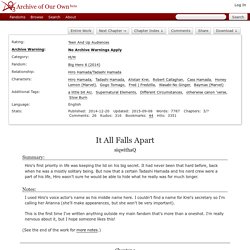 Hiro masked his annoyance with an expression of naïve shock as his bot fell to the ground, disassembled. Night Changes - simplymisc. Chapter Text Chapter 1: The first time Hiro had crawled into bed with him had been shortly after their parents had died. 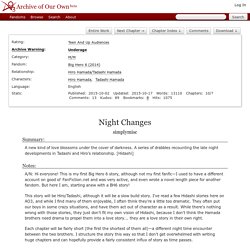 It was the middle of the night and the house was dark—they had only just moved into Aunt Cass' house, and their room was still sparsely decorated and strange. Hamada Triplets - mizore.