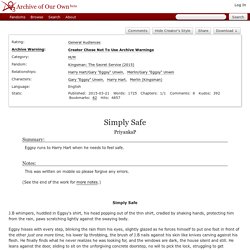 Eggsy hisses with every step, blinking the rain from his eyes, slightly glazed as he forces himself to put one foot in front of the other just one more time, his lower lip throbbing, the brush of J.B nails against his skin like knives carving against his flesh. He finally finds what he never realizes he was looking for, and the windows are dark, the house silent and still. Three Wise Men - tea_lace_roses. Fanfare for the Conscious man - tea_lace_roses - Kingsman: The Secret Service (2015) This was not the expected outcome of this mission, Eggsy thought, as another fist slammed into his stomach. 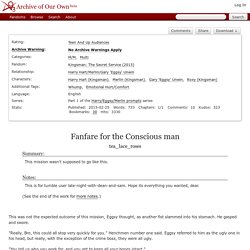 He gasped and swore. "Really, Bro, this could all stop very quickly for you. " Henchmen number one said. Eggsy referred to him as the ugly one in his head, but really, with the exception of the crime boss, they were all ugly. "You tell us who you work for, and you get to keep all your bones intact. " Eggsy spit on him, hands working at his restraints. Henchman number two laughed. Eggsy was suddenly surrounded, a knee hitting his stomach and a fist busting his jaw. "Bro, really bro? " A sickening crack had Eggsy swearing in pain. "Maybe now you answer our question, Bro? " Eggsy grit his teeth and hissed "Eat.

He finally managed to get free from the ropes as a pipe hit his shoulder. "Lancelot, now would be the perfect time to interject. " "Little tied up on this end, Galahad. Safe & Sound - ragingrainbow - Kingsman: The Secret Service (2015) Harry watches in helpless horror as the target - the one Eggsy is protecting - gets shot right in the head. 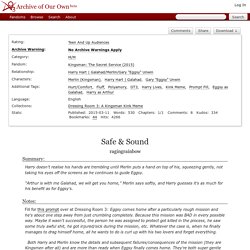 Their view is obstructed by bloodspatter, and beside him Merlin curses under his breath. "Galahad? Your status? " It takes a few moments before Eggsy answers, voice shaking. "I- he's dead- shit shit shit- just- get me out of here, Merlin. " The panic in Eggsy's voice is uncharacteristic enough to startle Harry, but Merlin is calm and three steps ahead as always, guiding Eggsy towards safety to the persistent soundtrack of gunshots. Harry doesn't realise his hands are trembling until Merlin puts a hand on top of his, squeezing gently, not taking his eyes off the screens as he continues to guide Eggsy. "Arthur is with me Galahad, we will get you home," Merlin says softly, and Harry guesses it's as much for his benefit as for Eggsy's. 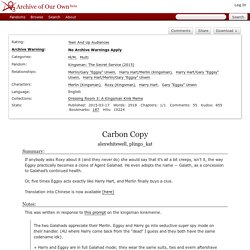 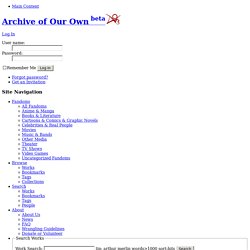 The impact of this is undercut by bloodshot eyes, the way he’s tilting his head back into Harry’s hold. “Do stop protesting,” Harry suggests. He runs his hand over Merlin’s chin, feeling the rough grate of stubble. Two days growth at least. “Wow,” Eggsy marvels. Merlin shoots him a poisonous glare. “Harry told me to!” “I did.” “Too bloody long,” Merlin grumbles. “I wasn’t going to say nothing about it,” Eggsy volunteers. “Nobody asked for your opinion,” Merlin snaps. “Aw, I’m hurt.” “After the man freshens up,” Harry says warningly. “I can shower by myself,” Merlin says.