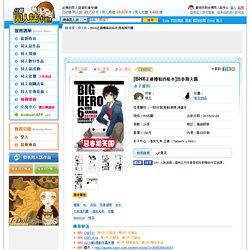 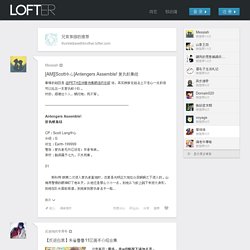 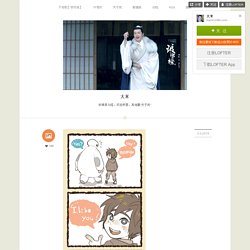 「キノコメ」のプロフィール. The Wicked Path of Destiny by hogwartswitch. When Three Wrongs Make a Right by 1stPrelude. Dragon Claims and Human Change by selim_nagisokrov. Kolonc by lenmester. Counting Down to You - KRYSTALM. Chapter Text Hiro Hamada—teen genius discovered new Physics Law! 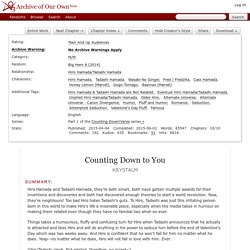 Snorting, he sighed as he read through the news on his tablet. It had only been yesterday night since he had declared the new law he discovered and now it was the front page news. He could already imagine the multiple calls he would receive from various television stations asking for an interview. He could already picture the magazine companies trying to stalk him down just to get him to cover for the next issue. He couldn’t help it as a grin stretched on his face. He was nineteen and he was already making great progress for himself and for the world. He wondered for a moment how Cass was doing. “Hiro?” “Yeah, hi, Aunt Cass,” he said as she chuckled. “God, Hiro,” she said after a moment. “I try, Aunt Cass,” he said cheekily as she laughed heartily. 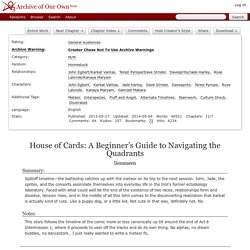 Contains Also a Brief Observational Analysis of Troll Morphology and Psychology Or, Interspecies Relationships For Complete Morons by Rose Lalonde Co-authored by the author’s esteemed colleague and inamorata, Kanaya Maryam Foreword: Introduction and Acknowledgements Greetings and salutations, friend. In addition, I wish to personally thank the following individuals for their contributions in the realm of motivation, knowledge accrued through vigorous trial-and-error, and, most importantly, inspiration: one Dave Strider, and one Terezi Pyrope. If by some spectacular good fortune we, or at the very least, this book, survive the trial by fire that is to come, it is my hope that this tome might go down in history as the very first attempt at a somewhat in-depth interspecies social analysis.

Alas, this prelude has taken a turn for the grim. Steps to Insanity Chapter 1: C'mon Karkat, it'll be fun!, a homestuck fanfic. Disclaimer: I do not own the characters or anything. 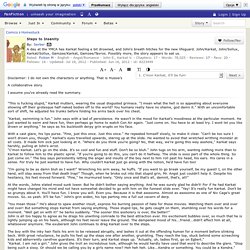 That is Hussie's A collaborative story. I assume you've already read the summary. "This is fucking stupid," Karkat mutters, wearing the usual disgusted grimace. "I mean what the hell is so appealing about everyone showing off their grotesque half-naked bodies off to the world? Guns and swords by germanpiano. Clear As Plastic - Milky Maelstrom (milkymaelstrom) Chapter Text "Stop button-mashing! 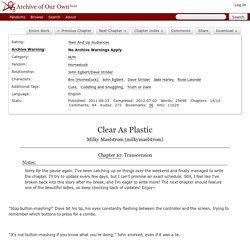 " Dave bit his lip, his eyes constantly flashing between the controller and the screen, trying to remember which buttons to press for a combo. "It's not button-mashing if you know what you're doing," John smirked, even if it was a lie.The two were once again on the living room floor, playing video games.

In fact, they had been here nearly the entire evening since Dave's hangover subsided and he was well enough to crawl out of bed. Shatterheart Chapter 37: Bitterness, Jealousy, and Hurt, a tsubasa chronicle fanfic. Author's Notes: More smut over these next two chapters, though we don't get anything too explicit in this chapter. 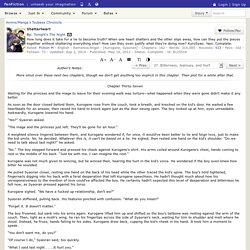 Then plot for a while after that. Chapter Thirty-Seven Waiting for the princess and the mage to leave for their evening walk was torture—what happened when they were gone didn't make it any better. As soon as the door closed behind them, Kurogane rose from the couch, took a breath, and knocked on the kid's door. Alone Aboard The Ark - rfk (jfk) [NOICHI Mikuro] Brother Auto Spot (update c.04) [SAKURA Riko] Sabishigariya wa Yume o Miru (c.01-3) [Eng] - Page 2 of 3. [SAGAMI Waka] Kamatte Kawaii Hito. Title: Kamatte Kawaii Hito Chapter: 1 Author: SAGAMI Waka. 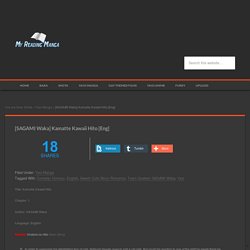 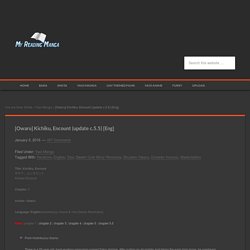