Generate Uber Brand Interest with an Offbeat Alternative Flyer [with Free Templates] Web 2.0 teaching tools to enhance education and learning — Edjudo. 3D Projects Alice – Alice is an innovative 3D programming environment (free) Blender – Excellent open source 3D content creation suite (free, must install) PhotoSynth – A Microsoft web application that takes your photos, mashes them together and recreates a 3D scene out of them that anyone can view and move around in. 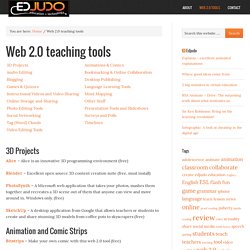 Windows only. (free) SketchUp – A desktop application from Google that allows teachers or students to create and share stunning 3D models from coffee pots to skyscrapers (free) EdTech Interview: Technology in the Library. In this EdTech Interview series for Channel One News, we have profiled some fantastic educators who use technology in their school. 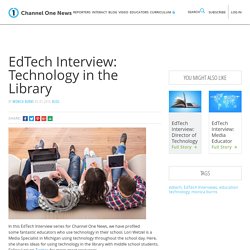 Lori Wetzel is a Media Specialist in Michigan using technology throughout the school day. Here, she shares ideas for using technology in the library with middle school students. Follow Lori on Twitter for more great resources. Please describe your current role in teaching and the student population at your school. I am the K–8 Media Specialist for Fraser Public Schools, though I spent the large majority of my time at the middle school level. Education Technology Our Way: Piktochart's Favorite Tools and Tips. In human history, there have been three great technological revolutions: the agricultural revolution, the industrial revolution, and the one we are in now– the software revolution. 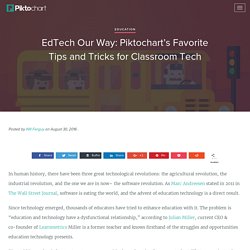 As Marc Andreesen stated in 2011 in The Wall Street Journal, software is eating the world, and the advent of education technology is a direct result. Since technology emerged, thousands of educators have tried to enhance education with it. The problem is “education and technology have a dysfunctional relationship,” according to Julian Miller, current CEO & co-founder of Learnmetrics Miller is a former teacher and knows firsthand of the struggles and opportunities education technology presents. How public libraries promote digital inclusion - The Digital Post. In its “New Skills Agenda for Europe”, the European Commission outlines the need to spread digital skills and fight digital exclusion and acknowledges the important contribution of public libraries. 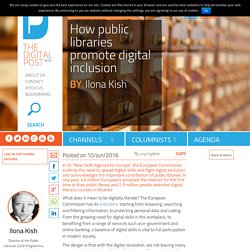 In one year, 4.6 million Europeans accessed the internet for the first time at their public library and 2.3 million people attended digital literacy courses in libraries. What does it mean to be digitally literate? The European Commission has its indicators: starting from browsing, searching and filtering information, to protecting personal data and coding. From the growing need for digital skills in the workplace, to benefiting from a range of services such as e-government and online banking, a baseline of digital skills is vital to full participation in modern society.

The danger is that with the digital revolution, we risk leaving many people behind. Older people and marginalised groups are especially at risk of digital exclusion. This is clearly a challenge for formal education systems. Technology to help teachers do what they do best. This week our Google for Education team will be joining thousands of educators at the annual ISTE conference. 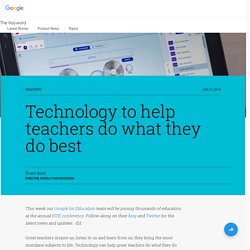 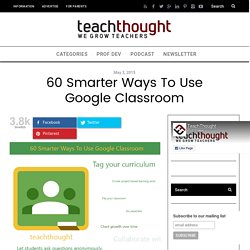 It may lack the visual appeal of iPads, or the student credibility of a BYOD program. The Trends and Challenges Shaping Technology Adoption In Schools. Every year for the past 15 years the New Media Consortium and the Consortium for School Networking (CoSN) have been taking the pulse of where education technology stands among K-12 educators. 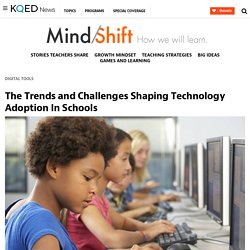 A panel of 59 experts from 18 countries discussed major trends in education that are driving the adoption of technology, as well as the big challenges to effective implementation. Combining Arts and Technology, Creating STEAM Curricula. By Perry R. 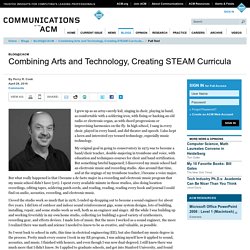 Cook April 28, 2016 Comments I grew up as an artsy+nerdy kid, singing in choir, playing in band, as comfortable with a soldering iron, with fixing or hacking an old radio or electronic organ, as with chord progressions or improvising harmonies on the fly. Making it: The hands-on movement that impacts our economy, education and culture - Recode. 5 Great Ongoing-Story Webcomics to Dive Into.

Looking to get hooked on a nice long juicy story arc with fantastic characters and great art? 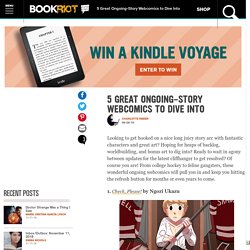 Edutopia. 5 TED-Ed Lessons about awesome women in history. If it’s true that well-behaved women seldom make history, then we’d like to introduce you to a few of our favorite troublemakers. 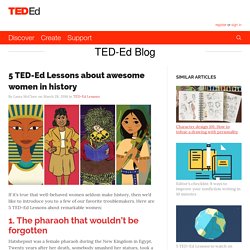 Here are 5 TED-Ed Lessons about remarkable women: 1. The pharaoh that wouldn’t be forgotten Hatshepsut was a female pharaoh during the New Kingdom in Egypt. Twenty years after her death, somebody smashed her statues, took a chisel and attempted to erase the pharaoh’s name and image from history. 2. In the early 19th century, a young Agaidika teenager named Sacajawea was enlisted by explorers Meriwether Lewis and William Clark to aid her husband Toussaint Charbonneau as a guide to the Western United States. 3. During the Victorian Age, women were unlikely to become great explorers, but a few intelligent, gritty and brave women made major contributions to the study of previously little-understood territory. 4. 10 Google Docs Hacks Every Teacher Should Know. Google Docs is a popular word processing tool because it allows ready access to your documents and files from any internet connected device. It permits users to readily share documents and easily collaborate on materials.

If you are already familiar with Google Docs, try out these 10 hacks to up your Google game! Convert a Word Doc to Google Docs Microsoft Word is still the most popular word processor in the business, educational, and private world. 10 best education apps for Android.