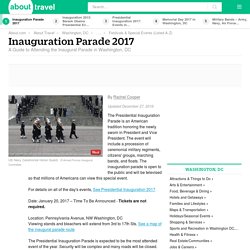 The Presidential Inauguration Parade is an American tradition honoring the newly sworn in President and Vice President. The event will include a procession of ceremonial military regiments, citizens' groups, marching bands, and floats. The inauguration parade is open to the public and will be televised so that millions of Americans can view this special event. 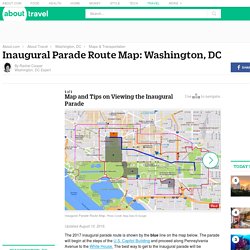 The 2017 inaugural parade route is shown by the blue line on the map below. The parade will begin at the steps of the U.S. Capitol Building and proceed along Pennsylvania Avenue to the White House. The best way to get to the inaugural parade will be by Metrorail. The closest stations are marked on the above map and will depend on where you choose to view the parade. Election 2016 Timeline. The Oath: 35 words that make a President.