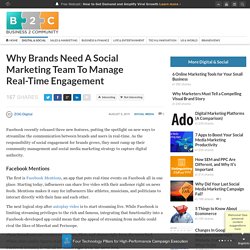 As the responsibility of social engagement for brands grows, they must ramp up their community management and social media marketing strategy to capture digital authority. Facebook Mentions The first is Facebook Mentions, an app that puts real-time events on Facebook all in one place. Starting today, influencers can share live video with their audience right on news feeds. Mentions makes it easy for influencers like athletes, musicians, and politicians to interact directly with their fans and each other. The next logical step after autoplay video is to start streaming live.

These broadcasts can receive comments, likes, and shares right from the news feed. More than that, app users can keep track of what’s trending and share updates across Facebook, Instagram, and, oddly enough, Twitter as well. Pages Messaging Send Message Button.

5 Underused Lightroom Tools That You Should Use More Often. The following two tabs change content below. 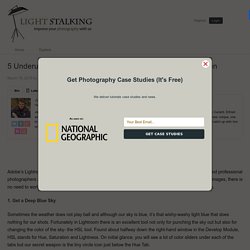 Jason Row is a British born travel photographer now living in Ukraine. His images have been licensed to companies such as Cunard, Ethiad and Virgin Atlantic as well as multiple newspapers and magazines. He is also the founder of Learn Photography Direct, the new, unique, one to one photographic tutoring service. He maintains a travel stock photography site at Jason Row Photography You can also catch up with him on Facebook at Facebook/TheOdessaFiles Adobe’s Lightroom has become one of the best editing and image management options for enthusiast and professional photographers alike. 1. Sometimes the weather does not play ball and although our sky is blue, it’s that wishy-washy light blue that does nothing for our shots. First select the Hue tab then click on the circle icon. A hidden but useful tool Simply click and drag 2. The 15 Finest Korean Barbecue Restaurants in Los Angeles. Euno Lee on Jul 8, 2015, 10:00a Quarters Korean BBQ Korean barbecue was supposed to be a fad that died in the early aughts, a much-appreciated culinary contribution from a country where, until the late 20th century, beef was only afforded to the stupendously privileged. 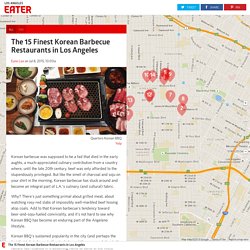 But like the smell of charcoal and soju on your shirt in the morning, Korean barbecue has stuck around and become an integral part of L.A.'s culinary (and cultural) fabric. Why? Korean BBQ's sustained popularity in the city (and perhaps the fact that L.A. is home to the single largest Korean population in the nation) has resulted in it becoming home to some of the finest Korean grill restaurants in the world — Seoul included. 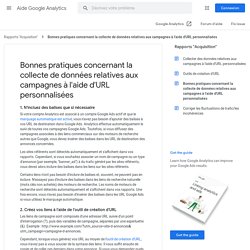 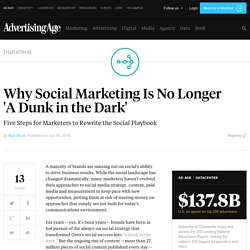 While the social landscape has changed dramatically, many marketers haven't evolved their approaches to social media strategy, content, paid media and measurement to keep pace with new opportunites, putting them at risk of wasting money on approaches that simply are not built for today's communications environment. For years -- yes, it's been years -- brands have been in hot pursuit of the always-on social strategy that transformed Oreo's social success into "a dunk in the dark. " But the ongoing rise of content -- more than 27 million pieces of social content published every day -- on these platforms has also made "share of screen" harder to come by organically.

Since then, social networks have evolved to become powerful media platforms, offering brands the potential for scale, reach and more sophisticated targeting, to put the right content in front of the right audiences. Here's how: 1. 2. 3.