The Hoysala Allure: Off-Beat Culture Trails - Be On The Road. One of our best spent Saturday in 2013 was a day trip from Bangalore to visit two Hoysala temples between Mandya and Channarayanapatna. 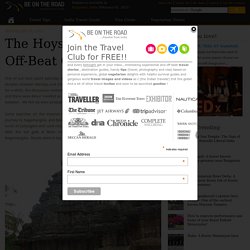 We had been speaking about it at home for a while, the discussion centering around the fact that there was Somnathpur on one side and there were Belur/ Halebid on the other - so what lay in between the 80 odd kilometers in between . We felt we were probably missing some lesser known Hoysala gems. Some searches on the internet and after a round of discussion , the consensus was to journey to Nagamangala and Basaralu. After an early bath + breakfast, and a packed picnic lunch of puliyogere and curd rice, we drove out on the Bangalore-Mangalore Highway NH48.

After the toll gate at Belur cross, at Nelligere , we took a left onto SH19 towards Nagamangala . Excursion d'une journée de Bangalore à Melukote-Nagamangala-Basaralu-Kere Thonnur. My niece’s recommendation to visit Melukote temple triggered me to google Mandya district. 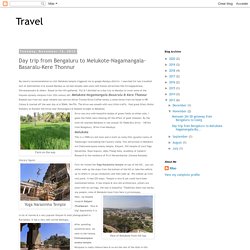 I searched for less travelled sort of destinations in & around Mandya as we had already seen more well known attractions like Srirangapattana, Shivanasamudra & others. Based on the info gathered, Viji & I decided on a day trip to Mandya to cover some of the Hoysala dynasty temples from 12th century AD: Melukote-Nagamangala-Basaralu & Kere Thonnur Booked taxi from our usual reliable taxi service (Kiran Travels/Kiran Coffee works) a stone throw from my house in NR Colony & started off the next day at 6:50AM, Nov7th. The drive was smooth with very little traffic. Had great bfast (Kotte Kadabu) at Kamath Yatrinivas near Ramanagara & headed straight to Melukote. Drive was nice with beautiful shades of green fields on either side, I guess the fields were showing off the effect of good monsoon.

Day trip from Bangalore to off the beaten track Hoysala temples. My sister and I have been exploring some of the lesser known Hoysala temples whenever possible. 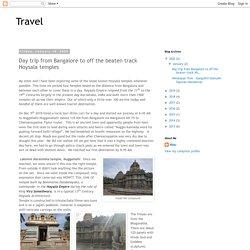 This time we picked four temples based on the distance from Bangalore and between each other to cover these in a day. Hoysala Empire reigned from the 11th to the 14th Centuries largely in the present day Karnataka, India and built more than 1500 temples all across their empire. Out of which only a little over 100 survive today and handful of them are well known tourist destination.

Guide to the lesser known Hoysala Era Temples - Team-BHP. We have visited Belur and Halebid many times over the years - massive temple complex with breath-taking architecture, intricate carvings and beautiful sculptures. 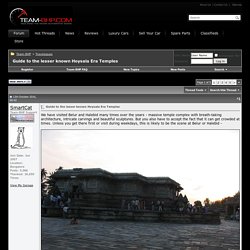 But you also have to accept the fact that it can get crowded at times. Unless you get there first or visit during weekdays, this is likely to be the scene at Belur or Halebid - Couple of months back, we stumbled upon Somnathpura near Mysore, a less famous cousin of Belur and Halebid. It was refreshingly less crowded and we were able to take pictures like this - After learning from the official ASI guide at Somnathpura that there are atleast 100+ Hoysala era temples, we began our voyage of discovery with the help of Wikipedia and Google. Made a flexible trip plan, booked a hotel at Hassan and set off. Checked into the hotel and dumped our luggage. Now, during our trip, we managed to get visit just 12 or 13 lesser known Hoysala temples. 12 superbes mais moins connus temples Hoysala du Karnataka. While tourists flock in large numbers every month to the Chennakeshava Temple of Belur and the Hoysaleshwara Temple of Halebid, there are exquisite Hoysala era temples in hundreds of villages scattered around Karnataka that receive few or no visitors. 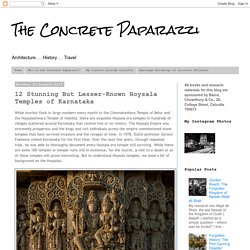 The Hoysala Empire was extremely prosperous and the kings and rich individuals across the empire commissioned stone temples that have survived invasions and the ravages of time. 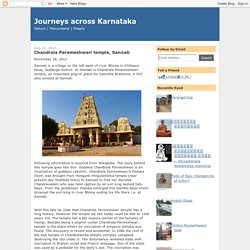 At Sannati is Chandrala Parameshwari temple, an important pilgrim place for Dasistha Brahmins. A fort also existed at Sannati. Following information is sourced from Wikipedia. The story behind this temple goes like this- Goddess Chandrala Parmeshwari is an incarnation of goddess Lakshmi. With this tale its clear that Chandrala Parmeshwari temple has a long history. With Archaeological Survey of India stepping in several artefacts such as tablets, sculptures, and terracotta items were discovered.

Once through the gateway under the Gopura, this aisle leads to the shrine inside. That's the main temple, inside is the shrine of Chandrala Parameshwari. To the left- a courtyard. Pair of ancient pillars. Egg-shaped Shivalingas on pedestals. I had heard about presence of an ancient university near Sannati which was on the scale of Nalanda university. 09 chapter 4. Journeys across Karnataka. Photos de Claude Renault sur le Karnataka. Garuda India Holidays, Ameerpet, Hyderabad - Travel Agents - Justdial.

Guidelines to rate a listing Be frank and honest. 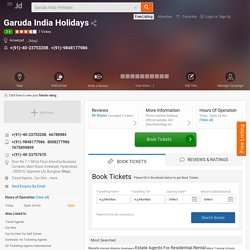 Tell us how you really feel and why. Useful ratings are detailed and specific, and give the readers a feel of your experience. Think what information you want when you ask a friend or co-worker to recommend you a restaurant, a service, an activity, or a business. Here are some questions you might want to answer in your rating: Were you satisfied with the overall experience? Do you believe this store/service was better as compared to other similar businesses that you have experienced earlier? Do you believe the whole experience was special? Would you recommend this service to others? Try to present facts and keep it objective. Keep it short & sweet. Please Do not spoil it for others. Do not post personal information. Do not post multiple or commercial ratings.

Do not imitate or copy others' trademarks or material. How does the rating system work? Excellent Very Good Good Average Poor. Carnet voyage: Hampi, Badami, Pattadakkal, Aihole. We had some more time back in Badami. 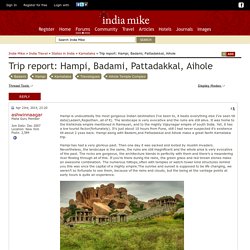 We went up again to the lake,today the sun was even brighter,so everything looked even better than the previous day. We took a walk up the museum,and wow..what views and mini canyons. Kaladarshana - Ancient and Medieval Historical Indian Architecture and Art - Sites.