348luko. Marines discharge sergeant for Facebook posts. SAN DIEGO (AP) — A sergeant will be discharged for criticizing President Barack Obama on Facebook in a case that called into question the Pentagon's policies about social media and its limits on the speech of active duty military personnel, the Marine Corps said Wednesday. 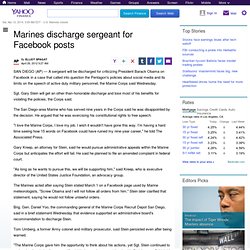 Sgt. Gary Stein will get an other-than-honorable discharge and lose most of his benefits for violating the policies, the Corps said. The San Diego-area Marine who has served nine years in the Corps said he was disappointed by the decision. He argued that he was exercising his constitutional rights to free speech.

"I love the Marine Corps, I love my job. Gary Kreep, an attorney for Stein, said he would pursue administrative appeals within the Marine Corps but anticipates the effort will fail. "As long as he wants to pursue this, we will be supporting him," said Kreep, who is executive director of the United States Justice Foundation, an advocacy group. Brig. 666 Micro Chip Implant Coming March 23, 2013. Power Tour 2012 - City of Toronto Artists & Musicians - Kijiji City of Toronto Canada.

2l8drio. Armageddon - Funny Russian Astronaut. When the cops subpoena your Facebook information, here's what Facebook sends the cops. Obama announces sanctions for tech used in human rights abuses in Iran and Syria. Obama announced the formal establishment of the Atrocities Prevention Board, which will draw senior officials from across the government. 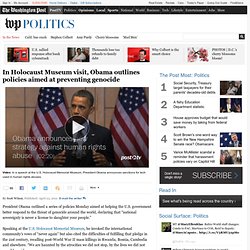 The panel will serve as a clearinghouse for real-time intelligence, policymaking and other issues related to the threat of mass killings. He also announced the preparation of the first National Intelligence Estimate — the consensus view of all U.S. intelligence agencies — appraising the potential for mass killings in countries around the world. “We must tell our children. But more than that, we must teach them,” Obama said in a solemn 25-minute address. “Because remembrance without resolve is a hollow gesture.” Obama spoke at a time when his policy toward Syria, where a government crackdown has killed thousands of civilians, is under sharp criticism from his Republican rivals for the presidency. In Iran, the sanctions target the elite Revolutionary Guard Corps, the Ministry of Intelligence and Security, the law enforcement forces and Datak Telecom.

Qorvis - Project PM. Qorvis Communications is a public relations/lobbying firm based in Washington, DC which specializes in representing high-profile overseas clients - including Saudi Arabia, Bahrain, and Brunei. They are fond of editing Wikipedia to make themselves look better, as documented by Business Insider and Project PM . According to a media release on 9 Aug, 2000, Qorvis was: 'Formed through the merger of three well-known and highly regarded companies: The Poretz Group, an investor relations firm serving technology companies; The Weber/Merritt Company, a public affairs and grassroots firm; and JAS Communications, a public relations and marketing communications company. 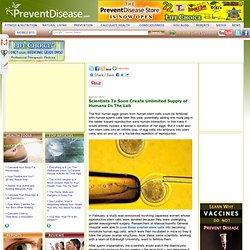 In this case it would entirely bypass a woman's donation of her eggs. But it could also turn stem cells into an infinite loop, of egg cells into embryos into stem cells, and on and on, in a fractal-like repetition of reproduction. In February, a study was announced involving Japanese women whose reproductive stem cells were donated because they were undergoing gender reassignment surgery. After sperm implantation, the scientists would watch the blastocysts develop into embryos for two weeks -- the legal limit -- and determine if they’re viable. The cyber misinformation campaign against USA Today. Tom Vanden Brook (on C-Span in 2010), a senior reporter for USA Today apparently targeted by a cyber-attack of misinformation and harassment. 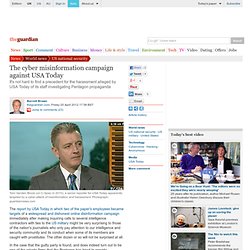 Photograph: guardiannews.com The report by USA Today in which two of the paper's employees became targets of a widespread and dishonest online disinformation campaign immediately after making inquiring calls to several intelligence contractors with ties to the US military might be very surprising to those of the nation's journalists who only pay attention to our intelligence and security community and its conduct when some of its members are caught with prostitutes. The other dozen or so will not be surprised at all.